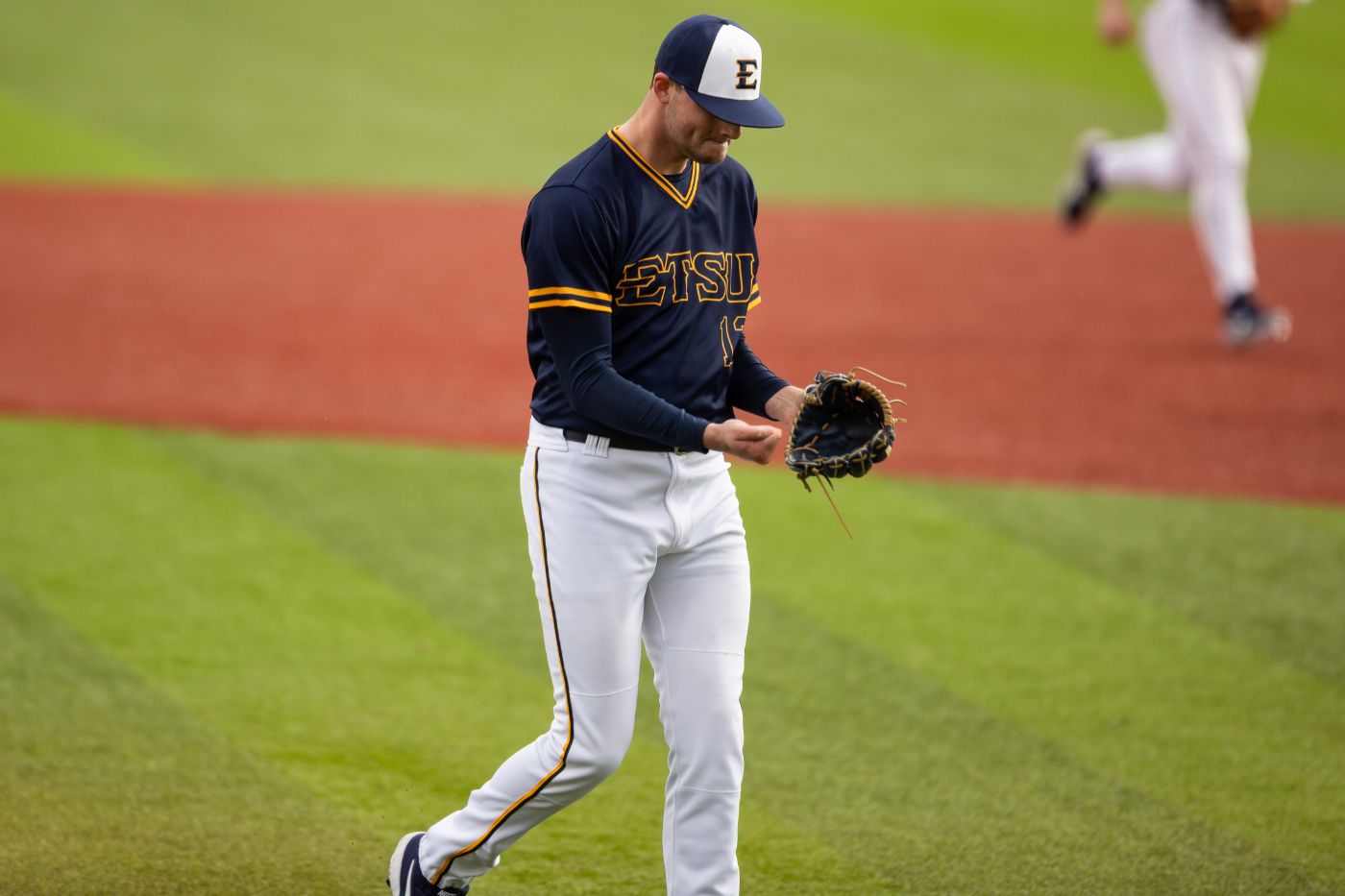 ATLANTA, Ga. (March 9, 2019) — The ETSU Baseball team quickly overcame its heartbreaking loss on Friday night, taking both games of a doubleheader at Georgia State on Saturday to win its first road series of the season.

The Bucs tied the series with its best offensive production of the series, winning 8-2 in the first game. A career day on the mound for fifth year senior Daniel Sweeney (Johnson City) helped the team in the rubber match, as ETSU took the nightcap with a 5-1 win.

ETSU has now won four straight series to open the season, improving to 11-4 with wins in 11 of its first 12 weekend matchups. The Panthers fell to 4-11 with the dual losses.

The first of two Science Hill natives took the mound for ETSU, as junior Landon Knack (Johnson City) picked up his third win of the season behind seven strikeouts in seven innings. Knack allowed just two runs on eight hits, allowing the Buccaneer offense to pick up the slack.

The Bucs scored all the runs it needed in the third inning, taking the early 3-0 lead off a bases-clearing triple by junior outfielder Ethan Cady (Soddy Daisy). The Panthers answered with two runs in the bottom half with an RBI single, which would be all they could manage off Knack.

Junior second baseman Cullen Smith (Lebanon) continued his hot streak at the plate with an RBI single in the fourth inning, followed by his second homer in three contests to drive home a pair in the ninth. Smith had three hits on the day and is now batting a team-best .421 on the year.

The other two runs came in the eighth inning off a two-RBI single by junior first baseman Noah Hill (Ringgold, Ga.). Hill finished the game with four hits — his best total this season — scoring two runs with two driven in.

Sophomore lefty Matthew Mercer (Chattanooga) preserved the 8-2 victory for ETSU, relieving Knack for the final two innings. Mercer did not allow a hit, striking out three of the seven batters he faced to end the game.

ETSU held Georgia State to three hits in the series finale, earning the series win on a 5-1 victory.

Sweeney, a Science Hill alum, tossed a career-high 7.1 innings in the best outing of his five years with the Bucs. He allowed just one unearned run on two hits against 26 batters behind a solid Buccaneer defense. He finished with two strikeouts and allowed his first walk of the entire season in four starts (23.2 innings).

While the redshirt senior got the job done on the mound, the true freshman behind the plate aided his efforts at the plate. Rookie backstop Kyle Richardson (Zionsville, Ind.) caught the nightcap and finished 3-for-3 with three of ETSU’s five runs batted in.

Richardson put ETSU on the scoreboard first with an RBI single up through the left side, scoring Cade Gilbert (Ringgold, Ga.) unearned for the 1-0 lead. The Panthers scored its only run on an RBI groundout to tie the game in an otherwise flawless outing for Sweeney.

The pitchers’ duel continued into the eighth inning with the score tied at 1-1. The Bucs would finally break up the draw with sophomore David Beam (Knoxville) knocking home a run. With Beam and Cady on, Richardson cleared the bases with a double, driving home two more in the inning.

Sweeney would exit in the eighth, setting up a save situation for freshman lefty Daulton Montagna (Pennsville, N.J.). Montagna allowed only one hit in the final two innings, earning his first collegiate save.

The Bucs will look for their first midweek win of the season on Wednesday, March 13 at Gardner-Webb in Boiling Springs, N.C. First pitch is scheduled for 5 p.m.

Next weekend, ETSU will cap off Spring Break with a home non-conference series against the NJIT Highlanders. A doubleheader is scheduled for Saturday, March 16 at 1 p.m. and will be followed by the single game finale on Sunday, March 17 at 1 p.m.

Sunday’s game will be ETSU’s St. Patrick’s Day game, where the first fans to arrive will receive a special edition green ETSU T-Shirt while supplies last.