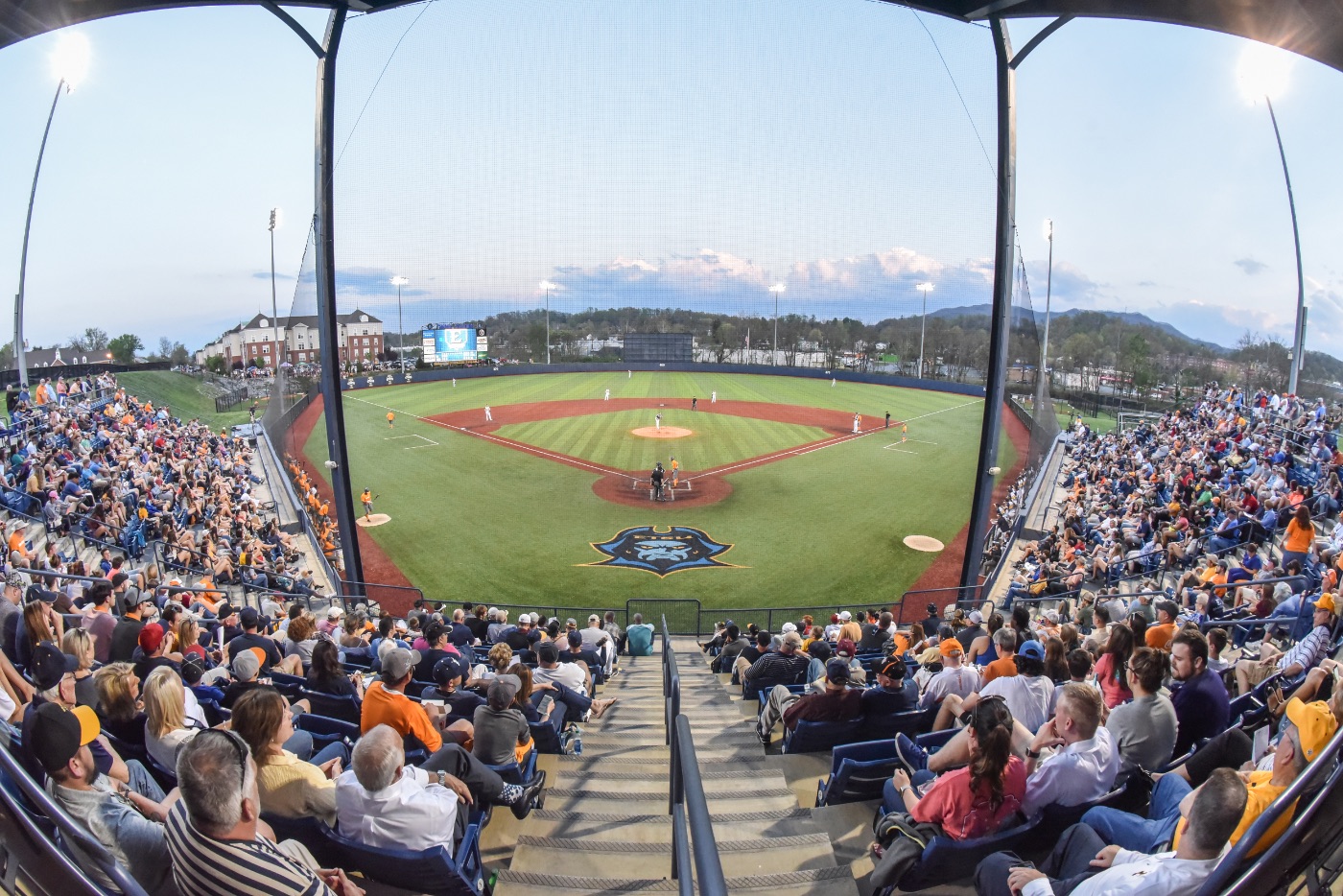 Tuesday’s in-state rivalry game will be a “Blueout” presented by Alumni Hall. Fans are encouraged to wear their favorite blue ETSU apparel to the game. As a special promotion, Alumni Hall will provide a 20 percent discount off its items both in-store and online.

The Bucs are 14-4 on the season and are off to the hottest start in program history, including a 12-0 home mark. The nationally-ranked Vols come to town with a 17-4 record following a hot start, but cooled off this past weekend by falling victim at No. 15 Auburn in a three-game sweep.

Tuesday’s game will be broadcast on the SoCon Digital Network with play-by-play announcer Mike Gallagher on the call. Live stats are also available via StatBroadcast.

Limited seats remain available, but the ETSU Athletic Department announced Monday that $10 standing room tickets would also be made available for purchase.

The Bucs and Vols have a storied history, playing 84 games thus far. The teams have faced off every season since 2012, with Tennessee holding the 10-6 edge during that span.

The Bucs won last season’s three game season series with a pair of wins in Knoxville (10-9, 9-6) before falling in Johnson City later in the year (6-2). Each team has earned three wins over the other in the last two seasons.

ETSU is off to its hottest start in program history, powered by four weekend sweeps at home over Iona, Wagner, LIU-Brooklyn and NJIT. The 12-0 home record is the best start in Thomas Stadium history.

Offensively, the Bucs are led by junior infielder Cullen Smith (Lebanon) with a .400 batting average with 26 hits, seven doubles, four homers and 19 runs. Smith had a career-high four RBI against NJIT last weekend.

The power bat of late has been junior Ethan Cady (Soddy Daisy). The cleanup man is tied for the team lead with four homers and has a team-best 19 RBI, following five driven in vs. NJIT. Cady had two bombs against the Highlanders, one of which gave ETSU an eighth inning lead in a 3-2 victory.

On the mound, ETSU has used 13 pitchers and own a 3.63 ERA as a staff. Among those pitchers are weekend starters Micah Kaczor (Washington, D.C.), Landon Knack (Johnson City) and Daniel Sweeney (Johnson City) who each have ERA’s that rank top-10 in the Southern Conference. ETSU ranks first in the SoCon with its 3.63 team ERA.

Kaczor continues to hold down the ace role with a team-low 1.71 ERA and a 3-0 record. Kaczor leads the team in innings with 31.2 thrown so far and ranks third in the SoCon in ERA.

The Johnson City natives are just as solid in the Saturday and Sunday spots, as Knack leads ETSU with 37 strikeouts and a 1.74 ERA. Sweeney has a 2.12 ERA and had a career outing last weekend at Georgia State with 7.1 innings, no earned runs (one unearned) off two hits.

The Vols are 6-0 in midweek contests so far, while holding a 13-1 record in Knoxville and 4-0 neutral site record. ETSU will be Tennessee’s second road opponent of the season, following Auburn.

Much like the Bucs, Tennessee’s strength has been its pitching. The Vols rank fourth in the nation with an impressive 2.30 ERA, while ranking second in WHIP (0.97) and 17th in K’s per nine innings (10.5). The bullpen has posted a 1.98 ERA and eight saves this season.

Offensively, Tennessee utilizes the long ball as well as anyone, ranking fifth in the SEC and 23rd nationally in home runs with 21. The Vols are also a threat on the base paths with 38 swipes this season.

A key addition this season is sophomore Alerick Soularie, who leads the team with a .377 average and .792 slugging percentage to lead the SEC. He also has a team-best seven homers this season — second best in the conference.