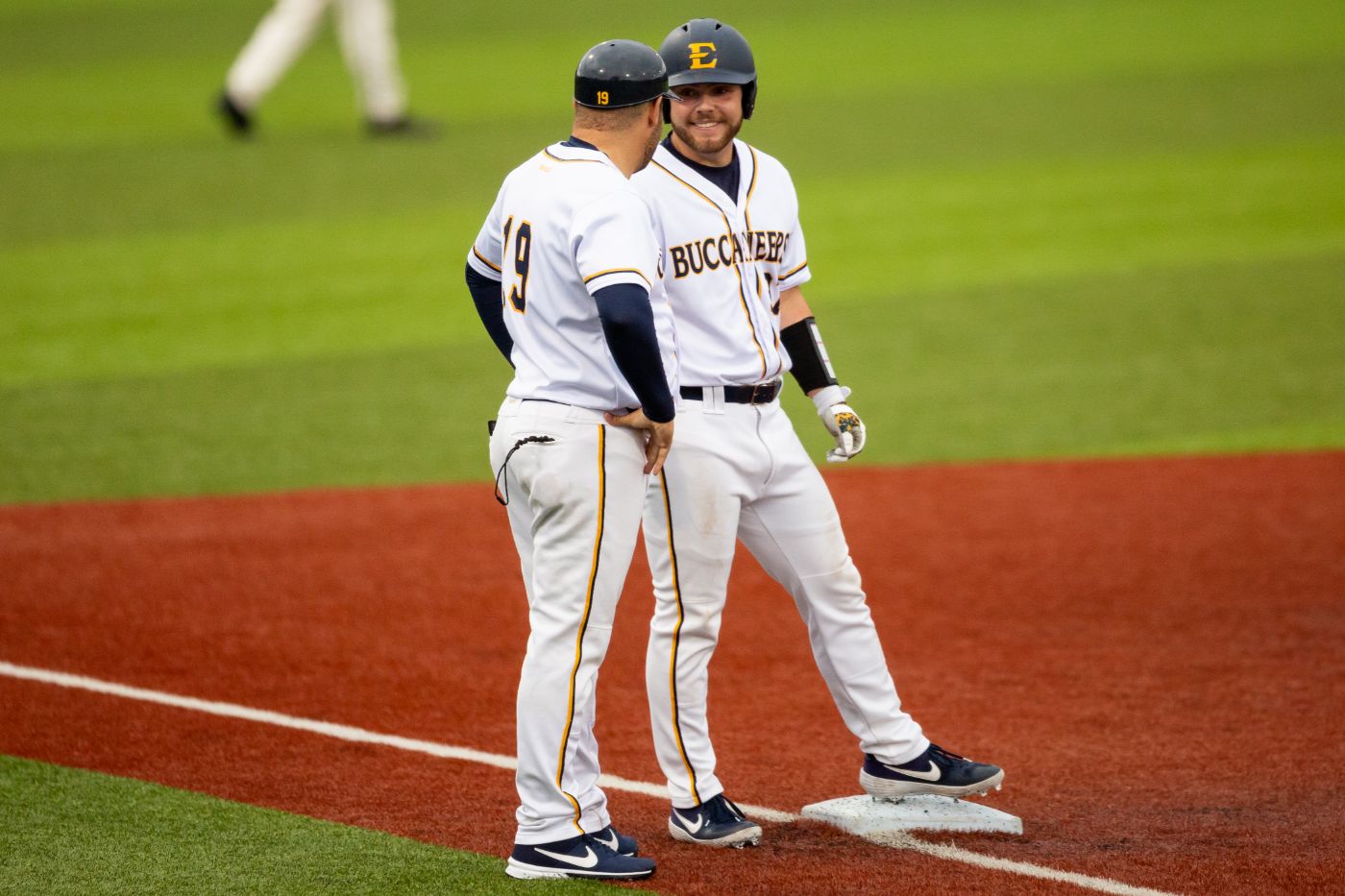 With the win, ETSU improves to 15-5 on the year, matching its best 20 game start in program history. The win also improves ETSU to 13-1 at home and 1-0 in the conference.

Just when it seemed that ETSU might drop its second straight home game, facing an 8-3 deficit in the sixth inning, the Bucs would rattle off seven runs in a late rally to steal the series opener.

Western Carolina held a 9-5 lead heading to the bottom of the eighth, but the Bucs would not quit. Loading the bases with one out, the Catamounts made a pitching change. A fielding error and a walk allowed everyone to move up a base twice, making it a 9-7 game.

Freshman Ethan Shelton (Lebanon) then came up with the biggest hit of his young career in the nine hole, gapping a bases loaded triple past a diving glove in left field to score the tying and go-ahead runs.

ETSU carried the 10-9 lead into the ninth inning, allowing sophomore Matthew Mercer (Chattanooga) to enter and slam the door for his first career save. Mercer allowed one to reach on a two-out single, but promptly ended the game with a three-pitch strikeout after that.

The game saw early signs of an offensive affair, as Western Carolina scored a pair in the opening frame. ETSU would not allow the lead to stand, as junior Cade Gilbert (Ringgold, Ga.) jolted a three-run bomb into left field to retake the lead.

The Catamounts, who lead the SoCon in slugging percentage and are top three in many offensive categories, strung together runs throughout the next five innings to take a five run lead. The power of the order, Justice Bigbie and Luke Robinson, combined for six hits and six RBI.

ETSU turned the corner with a much-needed sixth inning rally, loading the bases with nobody out on a hit by pitch, a walk and a Gilbert single — one of three hits for the junior. The Catamounts killed the rally momentarily, trading a run for two outs with a 4-6-3 double play.

Junior first baseman Noah Hill (Ringgold, Ga.) would bring home one more run before all was said and done in the frame, as he tripled to score Ethan Cady (Soddy Daisy) to make it a three-run game.

ETSU has now won four of its last five against the Catamounts. Furthermore, the Bucs defeated WCU in Johnson City for the first time since April 26, 2015.

The series picks up on Saturday at 2 p.m. inside Thomas Stadium, as local junior Landon Knack (Johnson City) is expected to take the mound.