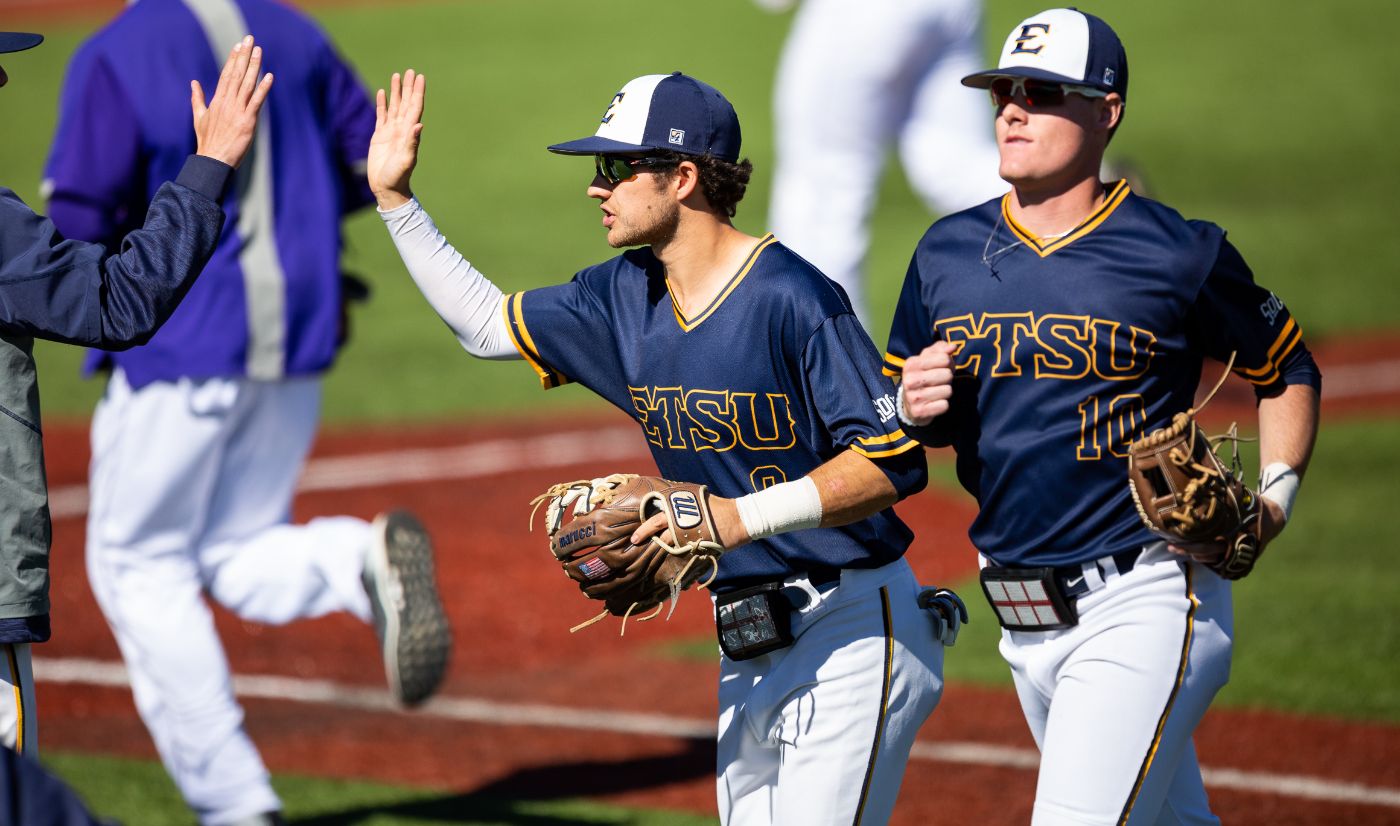 The ETSU Baseball team took a 5-1 lead into the ninth inning and held off a late rally from Western Carolina to escape with a 5-4 win on Saturday afternoon inside Thomas Stadium. With the win, ETSU (16-5, 2-0) clinched its first Southern Conference series win of the season.

After yesterday’s offensive affair that ended in a thrilling 10-9 win for the Bucs, Saturday’s matchup leaned toward an early pitching duel. Junior Landon Knack (Johnson City) picked up his fifth win of the season with 7.2 innings pitched, allowing just one run on five hits.

With the four run gap and Knack out of the game, the Catamounts made one final push to even the series.

With two outs and runners on the corners, Western Carolina hit back-to-back singles to pull within two, 5-3. Another run would come home from second on an infield single after a stray throw allowed him to advance.

For the second game in a row, sophomore Matthew Mercer (Chattanooga) would be called upon to slam the door with a tight lead, stranding the tying runner in scoring position with a clutch strikeout to end the game at 5-4.

Only one run was recorded in the first six innings for either team. Carrying over last night’s momentum from his go-ahead triple to win the series opener, freshman Ethan Shelton (Lebanon) got the crowd involved with a leadoff homer in the third frame — his first at-bat of the game.

The 1-0 lead stood all the way through the seventh inning until Western Carolina finally cracked Knack with a solo homer from Justice Bigbie to tie the game. Knack wouldn’t give up another run, exiting in the eighth inning.

Coming out of the seventh inning stretch, the Bucs would post a four run inning. Sparked by a bases loaded situation with one out, Shelton chopped an infield groundout down the first base line to score pinch runner Quinn Buffington (Camp Hill, Pa.) as the tying run.

The next two at-bats came from the top of the order, resulting in three runs. Junior infielders Jake Lyle (Spring Hill) and Cullen Smith (Lebanon) each smacked doubles, with Lyle bringing home a pair before Smith brought him in from second.

Lyle led the offense with a pair of doubles, finishing 2-for-4 with one run and two RBI.

ETSU will look for its fifth sweep of the season on Sunday with first pitch set for 1 p.m.

A win Sunday would mark the Blue and Gold’s second straight sweep of the Catamounts after doing so in Cullowhee last year. Additionally, the Bucs have not had a conference sweep at Thomas Stadium since 2016.