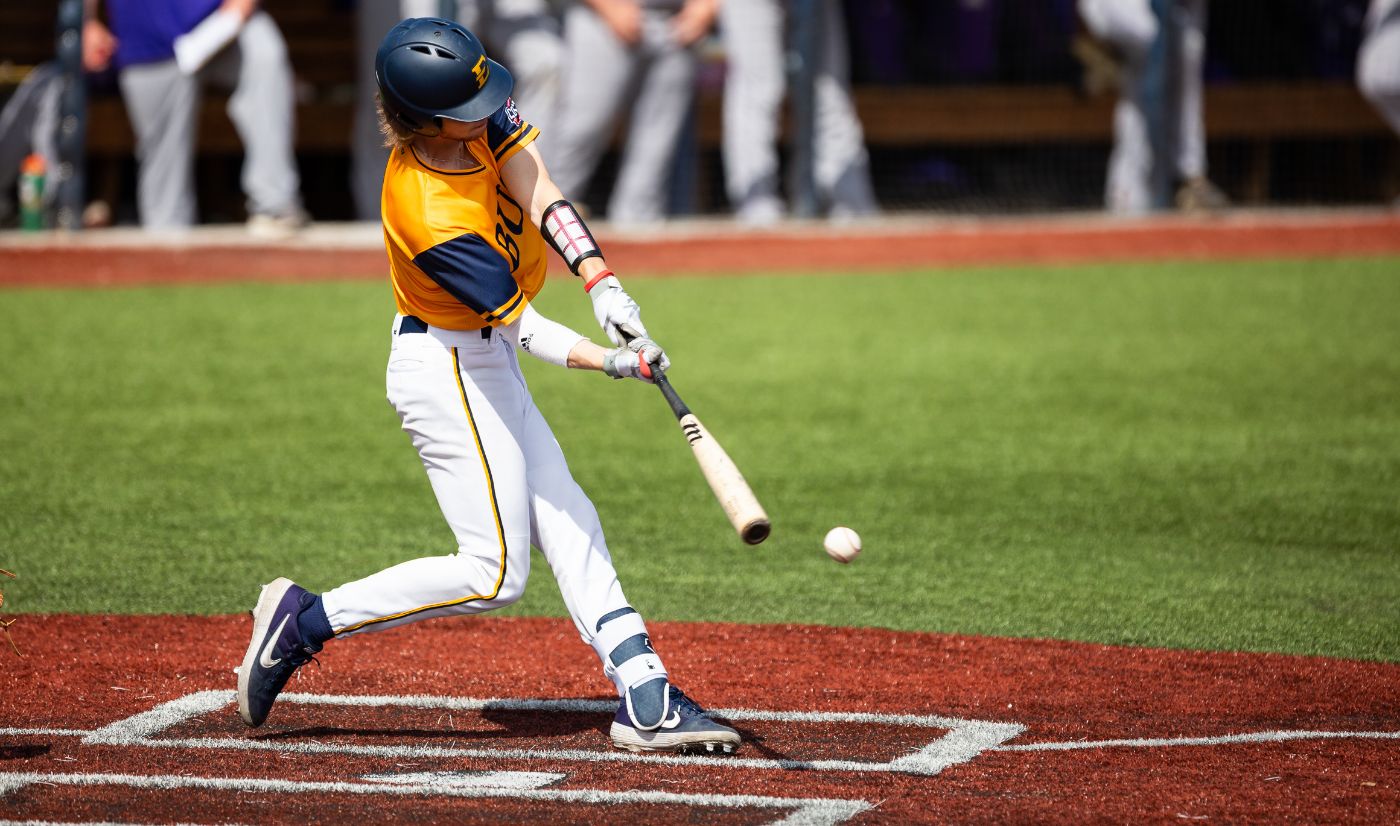 JOHNSON CITY, Tenn. (March 24, 2019) — ETSU Baseball is off to its best 22 game start in program history, adding the exclamation point by completing a three-game sweep in its Southern Conference opener against Western Carolina with a 10-3 win on Sunday.

The Bucs are now 17-5 on the season and are off to a 3-0 start in conference play. The three-game sweep is ETSU’s fifth straight at home — a feat that has never been accomplished in its history. ETSU has also won eight of its last nine games.

After two nail-biters to open the series (10-9, 5-4), ETSU turned on the jets in the series finale. Despite being outhit by the Catamounts 12-11, the Bucs were able to plate 10 runs and strand 16 WCU runners on base.

Junior first baseman Noah Hill (Ringgold, Ga.) had a career day at the plate, drilling his first home run in a Blue and Gold uniform while driving home a career-best five RBI for exactly half of ETSU’s offensive production.

Bringing a hot bat into the finale, freshman Ethan Shelton (Lebanon) got things going in the second inning with an infield single while the bases were loaded. Shelton led the Bucs with three hits in four at-bats — a career-high — including two doubles.

Western Carolina would tightrope out of the inning and strand the bases full, but would run into more trouble in the third inning. With two on and one out, Hill clubbed on into the Left Field Lounge parking lot to give ETSU a 4-0 lead.

The Catamounts cut the lead in half in the fourth with a pair of runs, but ETSU would then cruise to a comfortable 8-2 lead following four runs in the bottom half. Junior Ethan Cady (Soddy Daisy) was hit by a pitch while the bases were loaded before a wild pitch brought home the sixth run.

Hill would drive home two more on a fielder’s choice, thanks to heads up base running by Cady at second with the bases full. On fielder’s choice grounder to the shortstop, WCU was able to get a force out at second, but the speedy Cady rounded home on the would-be double play attempt and scored safely.

Junior Cullen Smith (Lebanon) drove home the ninth run with a sac fly in the following inning. Cady capped the scoring in double digits with a solo shot in the sixth. Western added one more run in the seventh, but would not touch home again.

The sweep was ETSU’s first conference sweep at Thomas Stadium since 2016, while also marking the second straight time it has taken three from the Catamounts in regular season action.

The Bucs will look to avenge one of its few losses this weekend as they travel to Knoxville to take on the nationally ranked Tennessee Volunteers on March 26 at 6 p.m. The following night, ETSU will return to Thomas Stadium to host UNC Asheville at 6 p.m.