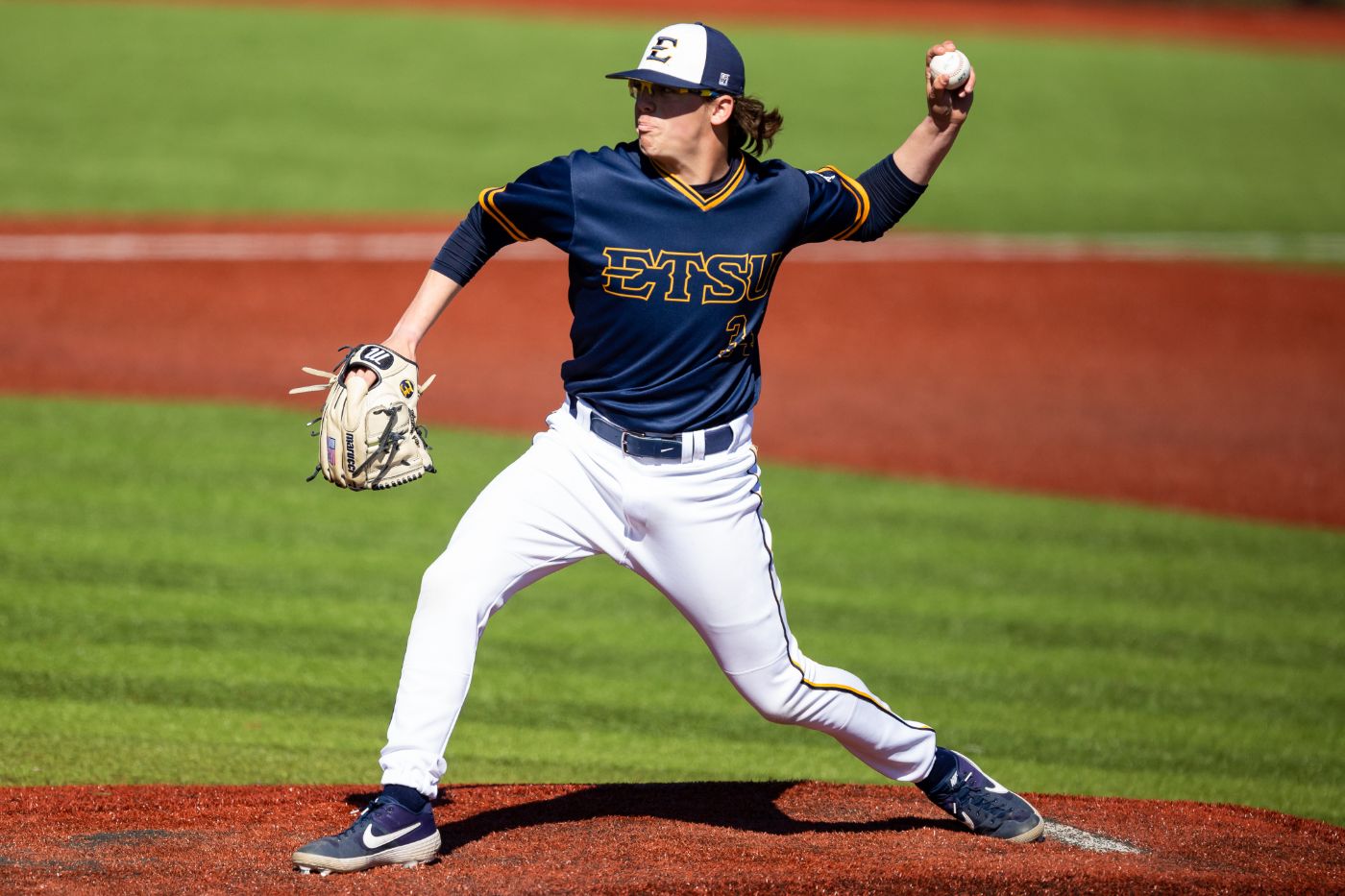 JOHNSON CITY, Tenn. (March 25, 2019) – ETSU baseball’s busiest week this season has arrived, as the Bucs will play five games over a six day stretch that begins Tuesday with No. 23 Tennessee in Knoxville at 6 p.m.

Following a road matchup with the Vols, the Bucs return home to host UNC Asheville on Wednesday at 6 p.m. — just 24 hours after its first pitch nearly two hours down the road.

For the first time in recent memory, ETSU is receiving votes in one of the major college baseball rankings. The Bucs received six votes in the USA Today Coaches' Poll on Monday morning.

Tuesday’s game with Tennessee will be streamed on SEC Network + with Michael Wottreng and Rusty Ensor on the call. Live stats are available at ETSUBucs.com.

Tickets are now available for Wednesday’s home game with UNC Asheville. Live stats will also be available via StatBroadcast.

Tennessee: The Bucs and Vols have a storied history, playing 85 games thus far. The teams have faced off every season since 2012, with Tennessee holding the 11-6 edge during that span.

The all-time history favors the Vols with a 66-19 record. Tennessee has won the last two contests in Johnson City, but ETSU took two from the Vols in Knoxville last season.

UNC Asheville: Through 58 games, ETSU holds a 32-26 edge in the all-time series with UNC Asheville. ETSU won the last contest in Johnson City by a 12-4 final — a game where junior Cade Gilbert hit his first career homer. The Bucs and Bulldogs have split the last eight contests, while ETSU is 6-4 in the last 10.

ETSU is off to its best start in program history at 17-5, surpassing the 2010 team’s 16-6 start nine seasons ago. The Bucs are also 15-1 at home, powered by five weekend sweeps over Iona, Wagner, LIU-Brooklyn, NJIT and Western Carolina.

Offensively, the Bucs are led by junior second baseman Cullen Smith (Lebanon) with a .350 batting average, followed by junior shortstop Cade Gilbert (Ringgold, Ga.) with a .345 average and a team-high 30 hits and 21 RBI.

The power bat of late has been junior Ethan Cady (Soddy Daisy). The cleanup man is tied with Gilbert for the team lead with 21 RBI, but leads the Bucs in homers (5), triples (3) and slugging percentage (.636). Cady is also the team leader in stolen bases with nine.

On the mound, ETSU has used 13 pitchers and own a 3.60 ERA as a staff — tops in the Southern Conference.

Among those pitchers are weekend starters Micah Kaczor (Washington, D.C.), Landon Knack (Johnson City) and Daniel Sweeney (Johnson City) who combine for a 12-0 record and each have ERA’s that rank top-10 in the SoCon.

Knack has emerged as the leader with a 5-0 record and 1.63 ERA. Knack leads the staff with 43 strikeouts and 38.2 innings, while leading the SoCon in strikeout-to-walk ratio at 8.60. Dating back to his JUCO days at Walters State, Knack has won 18 straight decisions on the bump.

Kaczor continues to hold down the ace role with a 2.45 ERA and a 3-0 record, while Sweeney starts Sundays with a 4-0 record, 2.27 ERA and a 31:4 strikeout-to-walk ratio. Sweeney has four consecutive quality starts.

The Vols have momentum ahead of Tuesday’s after defeating ETSU six days ago and taking two of three from Southeastern Conference rival No. 24 South Carolina in Knoxville. The Vols had previously lost nine straight to the Gamecocks.

The offense comes in hot with its best single-game production since 2005, scoring 15 runs against South Carolina on Friday.

The pitching has been golden for Tennessee this season, as the team leads the nation in team ERA (2.37), WHIP (1.00) and shutouts (six). Tennessee used 10 pitchers against ETSU last week, limiting the Bucs to one early run.

The Vols are 7-0 in midweek games this season and have outscored their opponents by a 58-11 margin.

The Bulldogs are 8-14 to open the season, but are off to a 3-3 start in conference play. Following a series win over first year Big South member USC Upstate, the Bulldogs dropped a pair of contest at Campbell.

Greg Gasparro leads the offense with a .382 average, while Danny Wilson and Brandon Lankford have combined for 34 RBI offensively. As a team, UNC Asheville is slashing .232/.322/.350.

Gasparro doubles as a pitcher for the Bulldogs with six starts, last throwing 6.2 innings at Campbell in a 6-3 loss. The team holds a 8.02 ERA through 22 games, as 16 players have appeared on the bump.