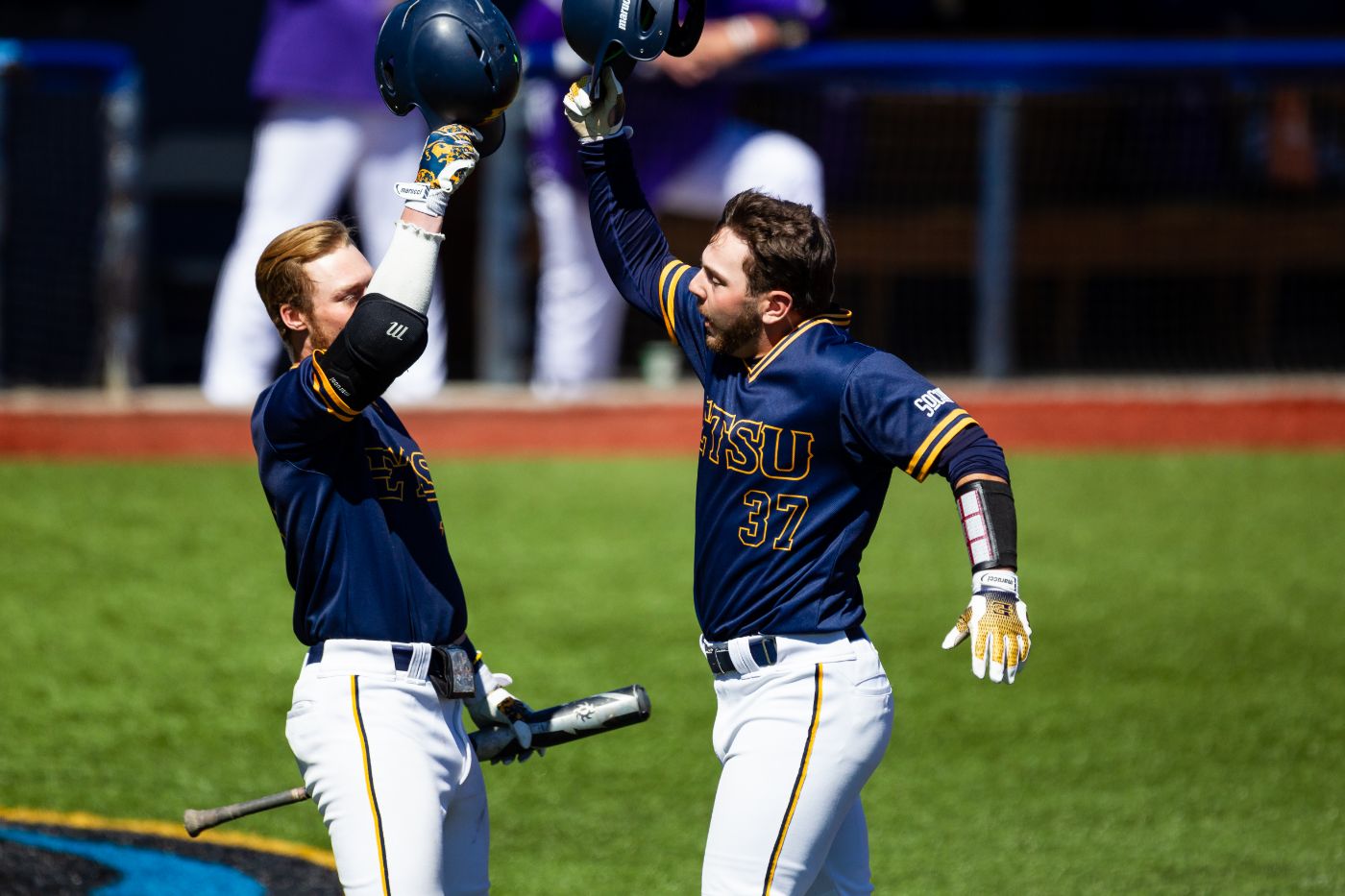 The win was ETSU’s first over a ranked opponent since defeating the No. 25 Vols in 2014. The win was also the Bucs’ third straight win over Tennessee in Knoxville.

ETSU (18-5) led most of the way, powered by a five run second inning after spotting three runs to Tennessee (20-6) in the opening frame. The Bucs gave up two runs in the eighth, but turned an exciting double play in the ninth to cap the victory in exciting fashion.

Freshman Ethan Shelton (Lebanon) continued wielding a hot bat, erasing the three run deficit with a grand slam in the second inning. Shelton and Jackson Greer (Knoxville) each had two hits, while another local product from Bearden High School, sophomore David Beam (Knoxville), reached in all four plate appearances with a single, a double, a walk and a hit by pitch.

Sophomore Matthew Mercer (Chattanooga) started the game and left with the lead in the third inning. After Mercer exited with the lead, local product Trey Oglesby (Knoxville) pitched a gem in relief. Oglesby retired 12 straight before allowing a single in a career high 4.2 innings of work, picking up his first collegiate win.

Senior James Giambalvo (Alhambra, Calif.) recorded the final three outs to secure his fourth save of the year. Chase Silseth was tagged with the loss for Tennessee.

The Vols took an early lead in the first inning thanks to a three-run blast by Evan Russell, but that lead was quickly erased.

With the bases loaded in the second frame, Shelton continued his multi-base hit streak to four games with the grand slam. Junior Cullen Smith (Lebanon) legged out a sliding double before junior Ethan Cady (Soddy Daisy) brought him home with a gapper to add the fifth run.

The Bucs added another in the sixth inning as leadoff hitter Jake Lyle (Spring Hill) popped a sacrifice fly into deep center field, scoring Beam to double the lead.

Tennessee surged back with a pendulum-swinging eighth inning, reaching a couple in scoring position with nobody out. Tate came out of the bullpen as the two inherited runs crossed on an RBI groundout and an RBI single.

ETSU ended all momentum with runners on first and second with one out. Cullen Smith stopped a would-be tying single at the keystone, touching the bag and throwing to first for a critical double play to end the threat.

The ninth saw even more drama, as the tying run looked to come home on a grounder with one out. Shortstop Cade Gilbert (Ringgold, Ga.) threw a strike to home, catching the tying run in a pickle. Giambalvo eventually applied the tag before throwing back to Gilbert covering third.

A greedy base runner rounded second on an aggressive attempt to advance, but was tagged out retreating to second base by Cullen Smith right before the runner’s hand hit the bag, ending the game with Bucs storming the field.

With less than 24 hours to enjoy the win, ETSU looks to keep things rolling Wednesday night in Johnson City against UNC Asheville. First pitch is set for 6 p.m. at Thomas Stadium.