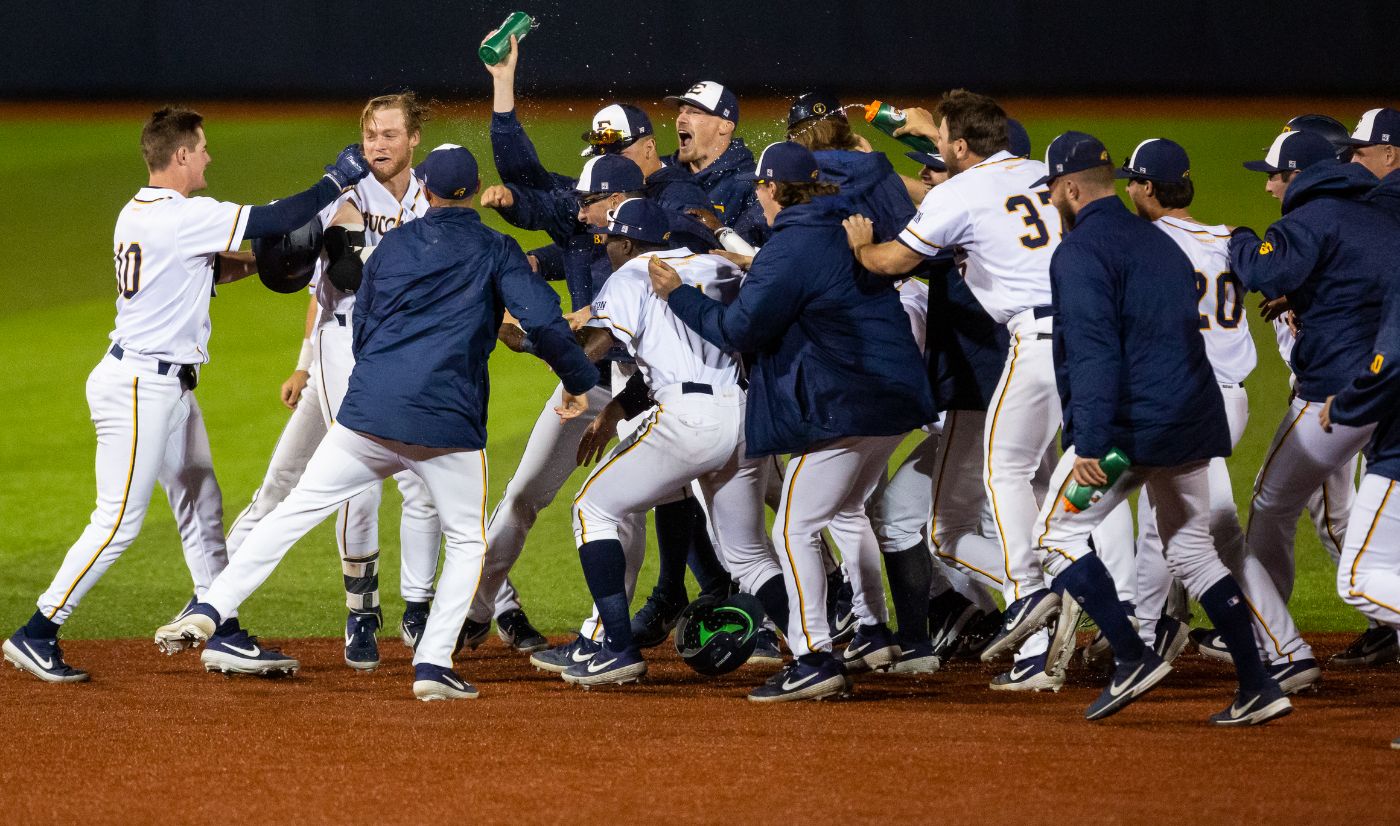 With a 6-2 lead in the eighth inning, the Bucs spotted the Bulldogs four runs to tie the game. Each team threatened to take the lead in extras, but it would be ETSU in the bottom of the 12th to seal the deal. Smith ripped a liner past second base into right center, scoring Jake Lyle (Spring Hill) on a sliding play at the plate for the exciting win.

ETSU improved to 19-5 on the season and extended its win streak to five games. The Bulldogs fell to 8-15.

After pitching last night, freshman Nathanial Tate (Manchester) entered in the 12th and earned the win. Hunter Hoopes picked up the loss after facing two batters without recording an out.

Freshman Ethan Shelton (Lebanon) once again led the Bucs with a three hit day, including a double and triple with two RBI. Shelton was also last night’s hero at Tennessee with a grand slam that ultimately made the difference in a 6-5 win.

The Bulldogs opened with a one-run triple into right field, but ETSU evened the score with a fielder’s choice groundout by Jackson Greer (Knoxville). A would be double play with runners on first and second turned into a fielding miscue at first base, allowing Lyle to score from third.

It was aces wild most of the way for ETSU, adding one run in the second, third and fifth innings while adding two in the fourth. Shelton had an RBI double in the second, while Greer had a solo in the third inning. Ashville tied things up in the second with a RBI groundout before Greer broke it up.

Smith’s RBI double and a Cade Gilbert (Ringgold, Ga.) run scoring groundout accounted for the two runs in the fourth, while Shelton blooped a triple for the sixth run of the game in the fifth frame.

The Bulldogs tacked on four late runs, all unearned, in a rally as a dropped fly ball opened the inning with a runner on second. The damage came from a bases loaded walk to Chris Troost and a three-RBI double by Jake Madole.

With the exception of one half inning each, both teams stranded the go-ahead run on base in every frame past the top of the eighth. Tate was responsible for the 12th inning, getting three quick outs on a double play and a fly out. This set up Lyle to walk and steal second before Smith’s game-winning single.

The Bucs return to action Friday, March 29 to open a weekend series against Georgetown at Thomas Stadium. First pitch is set for 6 p.m.

Saturday’s game at 2 p.m. is Fan Appreciation Day, where fans are encouraged to come out and meet the team for a special autograph session after the game.The series finale is set for Sunday at 1 p.m.