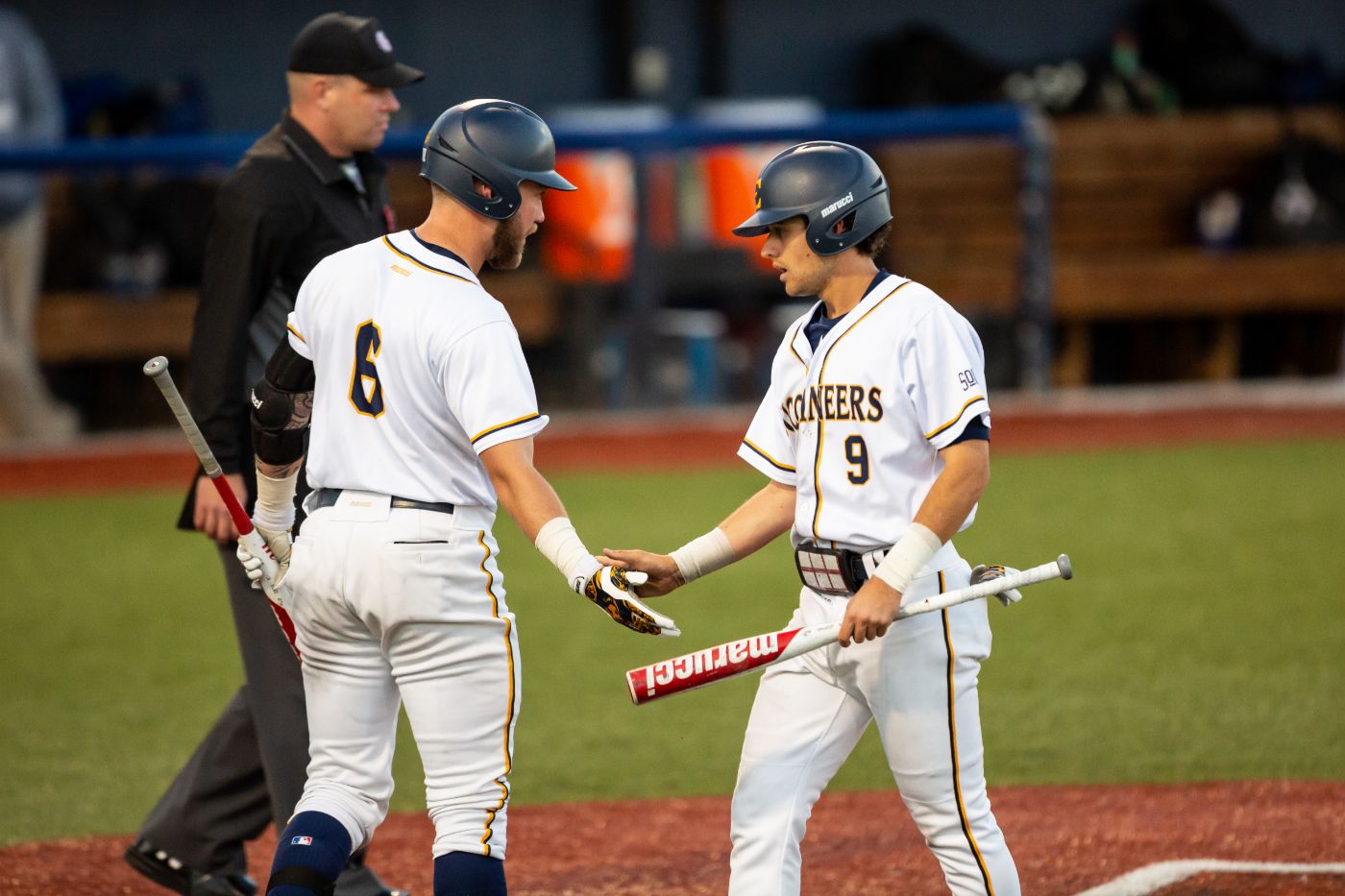 JOHNSON CITY, Tenn. (March 28, 2019) – ETSU baseball owns an all-time program best five sweeps this season and will look to make it six as the Georgetown Hoyas come to Johnson City for a three game set March 29-31.

ETSU (19-5, 3-0) has won five straight games to tie a season high. The Blue and Gold are also winners in 10 of the last 11 contests, while holding a 16-1 record at home for their best start in Thomas Stadium history.

The Bucs are on its Southern Conference bye this week and will return to conference play April 5-7 at VMI. Georgetown (6-19, 0-0) comes in on a five-game skid and will begin Big East play at Xavier next weekend.

Friday’s and Saturday’s game will stream live on the SoCon Digital Network. Play-by-play announcer Mike Gallagher will have the call. Live stats are available each day via StatBroadcast.

Saturday’s game will also be Fan Appreciation Day, as fans are encouraged to join the Bucs on the field after the game for an autograph session, pictures and to run the bases.

This will be the first all-time meeting.

The Bucs have won five straight contests, with four of the five coming by one run. In that span, ETSU owns a conference opening three game sweep over Western Carolina, a stunning win at No. 23 Tennessee and a walk-off against UNC Asheville the following night at home.

ETSU is one of five teams to have at least 15 wins one or no losses at home, including Arizona State (19-0), Arkansas (15-1), Auburn (15-1) and Oklahoma (15-1). All four of those teams are nationally ranked, while ETSU is receiving votes in the USA Today Coaches’ Poll.

Offensively, the Bucs are led by junior second baseman Cullen Smith (Lebanon) with a .352 batting average and a team-best 10 doubles, followed by junior catcher Jackson Greer (Knoxville) with a .333/.456 /.593 slash line.

The power bat of late has been junior Ethan Cady (Soddy Daisy). The cleanup man is tied with Cade Gilbert (Ringgold, Ga.) for the team lead with 22 RBI and Greer with five homers, while leading with three triples. Cady also leads the team with 10 stolen bases in 10 attempts.

On the mound, ETSU has used 13 pitchers and own a 3.59 ERA as a staff — tops in the Southern Conference.

Among those pitchers are weekend starters Micah Kaczor (Washington, D.C.), Landon Knack (Johnson City) and Daniel Sweeney (Johnson City) who combine for a 12-0 record and each have ERA’s that rank top-10 in the SoCon.

Knack has emerged as the leader with a 5-0 record and 1.63 ERA. Knack leads the staff with 43 strikeouts and 38.2 innings, while leading the SoCon in strikeout-to-walk ratio at 8.60. Dating back to his JUCO days at Walters State, Knack has won 18 straight decisions on the bump.

Kaczor continues to hold down the ace role with a 2.45 ERA and a 3-0 record, while Sweeney starts Sundays with a 4-0 record, 2.27 ERA and a 31:4 strikeout-to-walk ratio. Sweeney has four consecutive quality starts.

The Hoyas enter on a five game skid at 6-19 following a 25-30 finish last season. The Hoyas come to Johnson City following a 12-3 loss to Navy on Wednesday.

On the mound, Georgetown has a pair of hurlers among their all-time career strikeout leaders in Jack Cushing and Saturday starter Brent Killam. Cushing is sixth with 188 career strikeouts, while Killam is eighth with 169 strikeouts.