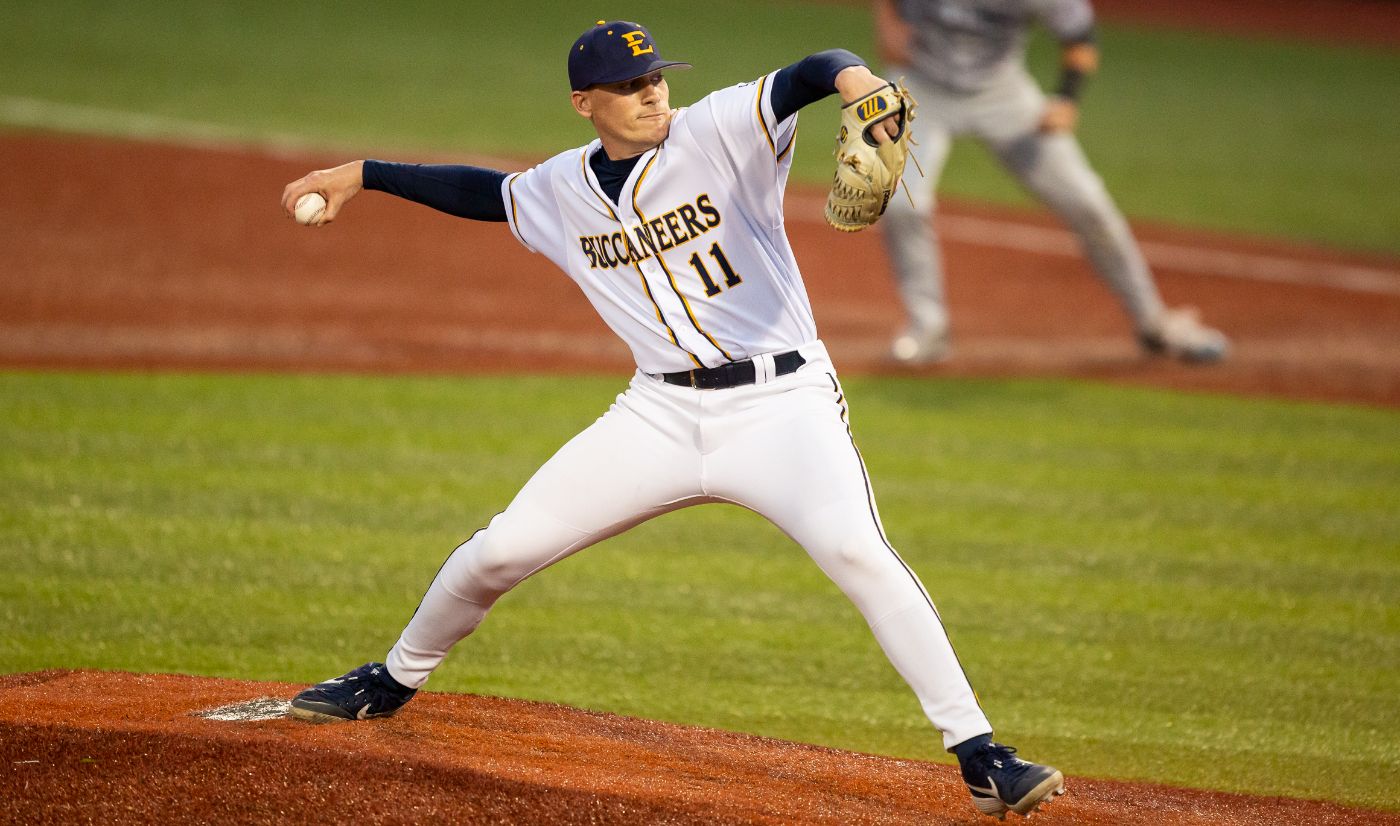 Kaczor, Montagna combine for first shutout of the season

With the win, ETSU improves to 20-5 and joins just 12 other schools in the nation with 20 wins at this point in the season. Furthermore, ETSU is riding its longest win streak of the Joe Pennucci era at six games.

The shutout was the first for ETSU this season, as senior ace Micah Kaczor (Washington, D.C.) tossed 7.0 scoreless innings to earn the win. Kaczor allowed just five hits and walked one while striking out six for his fourth win of the year.

Freshman Daulton Montagna (Pennsville, N.J.) came out to throw the final two innings, maintaining the shutout with a pair of strikeouts while allowing two hits. Despite limiting the Bucs early on, Jeremiah Burke took the loss for Georgetown.

ETSU took an early 1-0 lead just two at-bats into the contest, as junior second baseman Cullen Smith (Lebanon) clubbed a solo shot for his fifth homer of the season.

Smith and fellow junior Jake Lyle (Spring Hill) each had two hits at the top of the order to lead the offense.

A pair of runs touched home in the fourth inning, beginning with a sacrifice fly from Colby Emmertz (Topsail, N.C.) to score Jackson Greer (Knoxville).

With two outs and a runner on third, a throwing error from the shortstop to first prolonged the inning and allowed junior Ethan Cady (Soddy Daisy) to score.

The final run came home in the fifth as Greer hit a sacrifice of his own after scoring on one the previous inning. His deep flyout to right field allowed sophomore first baseman Sean Kearney (Knoxville) to tally the final run.

Saturday’s game is Fan Appreciation Day, where fans are encouraged to come out and meet the team for a special autograph session after the game. The series finale is set for Sunday at 1 p.m.