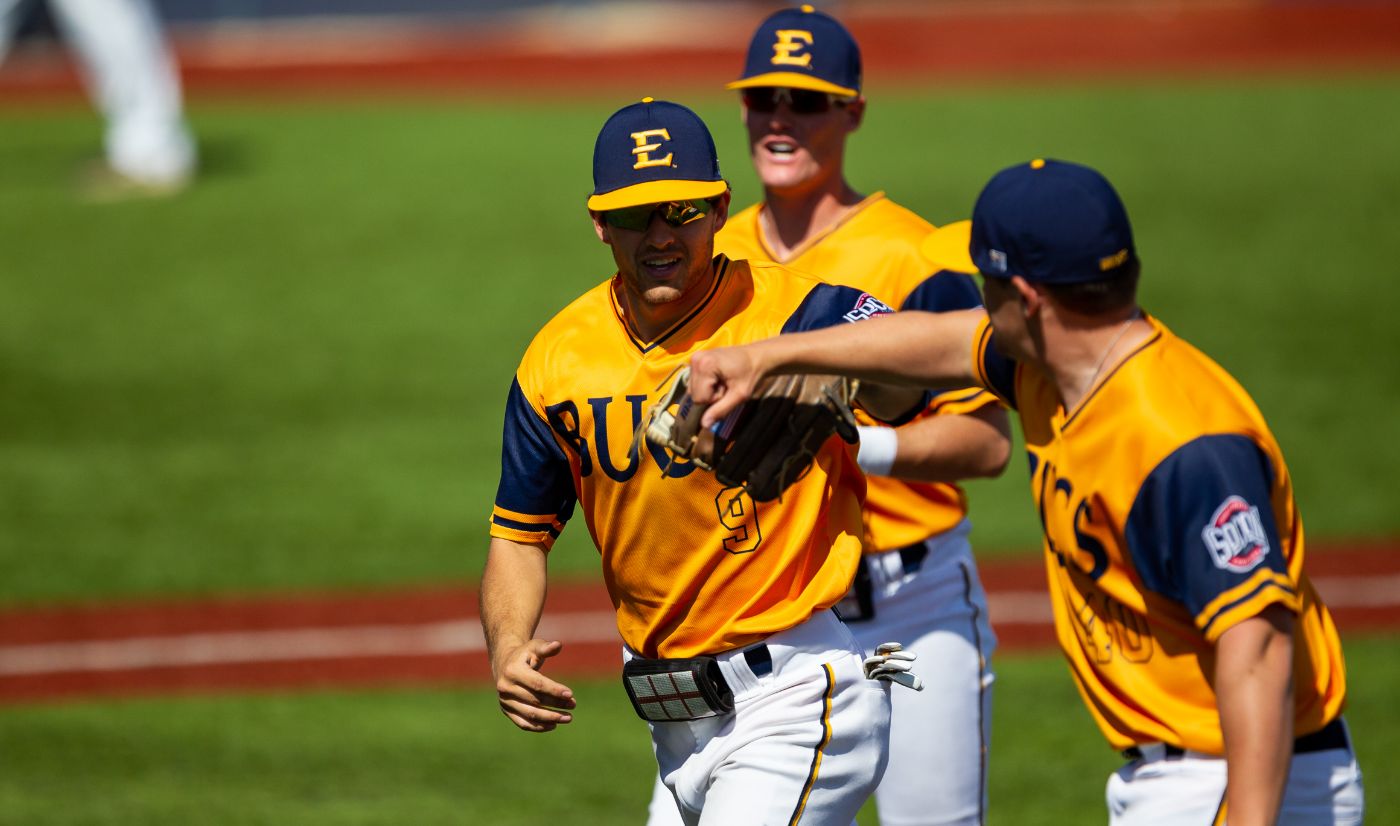 JOHNSON CITY, Tenn. (March 30, 2019) — ETSU baseball earned its seventh straight win with a dominant performance against Georgetown, racking up 14 hits in an 11-1 victory on Saturday at Thomas Stadium.

ETSU improves to 21-5 with the victory and 18-1 at Thomas Stadium. The win also marks the seventh straight series win for ETSU, as the Bucs are 19-1 in weekend contests and have yet to lose a three-game series.

Junior Landon Knack (Johnson City) took the mound and picked up the win in six innings of work, allowing just one run on a sac fly while striking out five. Knack is now 6-0 on the year with a 1.61 ERA.

Brent Killam was tagged with the loss for Georgetown (6-21) after giving up four runs in two innings, while freshman Joe Acosta (Vineland, N.J.) earned his first collegiate save with three scoreless innings. Acosta had six strikeouts — the first six of his college career.

Junior Jake Lyle (Spring Hill) led the Bucs for the second straight game, tallying a pair of singles and a double for a three hit day. Lyle also scored three runs to lead the team. Freshman Ethan Shelton (Lebanon) had a pair of doubles, as he and Jackson Greer (Knoxville) each had two hits and three RBI.

The Bucs did most of their damage in the early innings, scoring nine of their 11 runs in the first four frames. The 14 hits were just one shy of a season high, while six Buccaneer doubles tied a season game high last done against NJIT on March 16.

A three run first inning set the tone for ETSU, as junior Cade Gilbert (Ringgold, Ga.) had an RBI single and Shelton drove home two more with a right field double. Greer drove in one in the second frame with a double, scoring Cullen Smith (Lebanon) to make it a 4-0 game.

Georgetown found its only run on a sacrifice fly in the third, but ETSU proceeded to pepper the Hoyas with seven unanswered runs throughout the rest of the contest. Four of those runs came in the third inning on four hits, including a two-RBI single by Greer.

After Shelton added an RBI double in the fourth, Smith capped the scoring in the sixth inning with a two-RBI single into right field.

The Bucs will look to earn their sixth straight home sweep in Sunday’s series finale. First pitch is scheduled for 1 p.m. with Daniel Sweeney (Johnson City) penciled to take the bump.