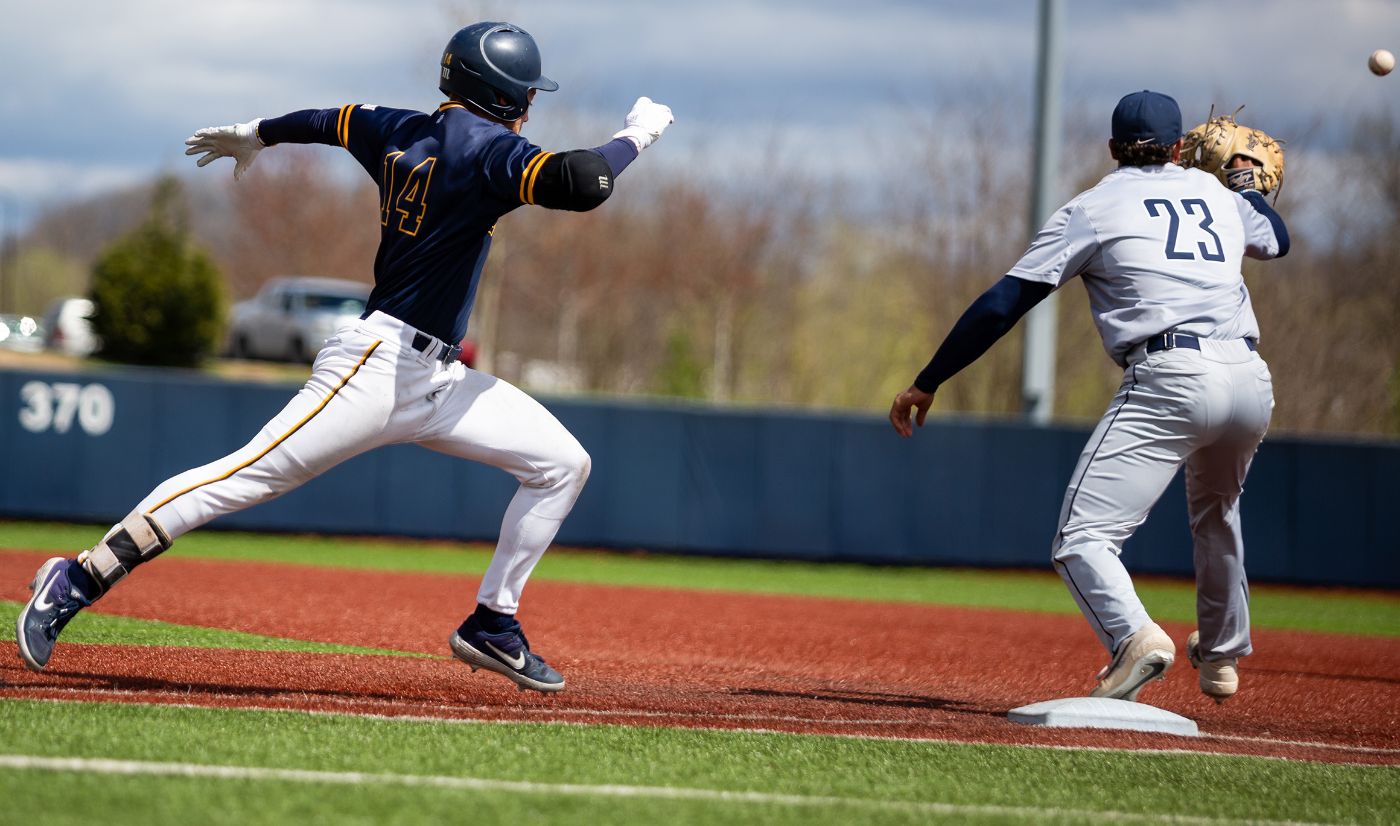 JOHNSON CITY, Tenn. (March 31, 2019) — ETSU’s longest win streak since 2013 came to an end on a cool Sunday afternoon at Thomas Stadium, as Georgetown avoided the sweep with a 5-3 win in the finale.

The loss was ETSU’s first weekend home loss, as the Bucs fell to 21-6 overall and 18-2 at home. Georgetown improved to 7-21, becoming the first of six teams to avoid a weekend sweep at Thomas Stadium this season.

Georgetown starter Jack Cushing made life difficult for ETSU early on, retiring 14 of the first 16 batters he faced. He earned the win with two runs (none earned) through 5.2 innings. Nick Morreale earned the save, finishing 3.1 innings with just one run allowed.

The Hoyas limited ETSU to five hits on the day, but the Bucs squeezed out three runs to remain in striking distance late. Sophomore David Beam (Knoxville) led the team with a pair of hits, including a game saving solo homer in the ninth inning with two outs.

Georgetown had six doubles in the first six innings, including three consecutive in the second frame to take a 2-0 lead. The Hoyas added their third run in the fourth inning from Alex Rosen, his second two-bagger of the day.

The Bucs cut the deficit to one run in the fifth, as a two out error allowed ETSU to net a pair of runs. Beam hit a single at the shortstop, scoring Kyle Richardson (Zionsville, Ind.) for ETSU’s first run.

Beam later moved to third and came home as Sean Kearney (Knoxville) stole second with runners on the corners. The pitcher stepped off to go after Kearney, allowing Beam to take advantage and slide home safely for a key run.

Georgetown added another run in the sixth with its final double. ETSU has its best opportunity to answer in the bottom half of that inning, loading the bases before a fly out ended the threat.

The Hoyas found insurance in the ninth with an RBI single, making it a three run game. Down to their final out, the Bucs turned to Beam, who in a 1-0 count soared one high off the scoreboard for his first homer of the season. The solo shot made it 5-3, but the following at-bat saw the final out.

The restless Bucs will play their seventh game over the last 10 days on Tuesday, as Radford will come to Thomas Stadium to open the April portion of the schedule. First pitch is slated for 6 p.m.