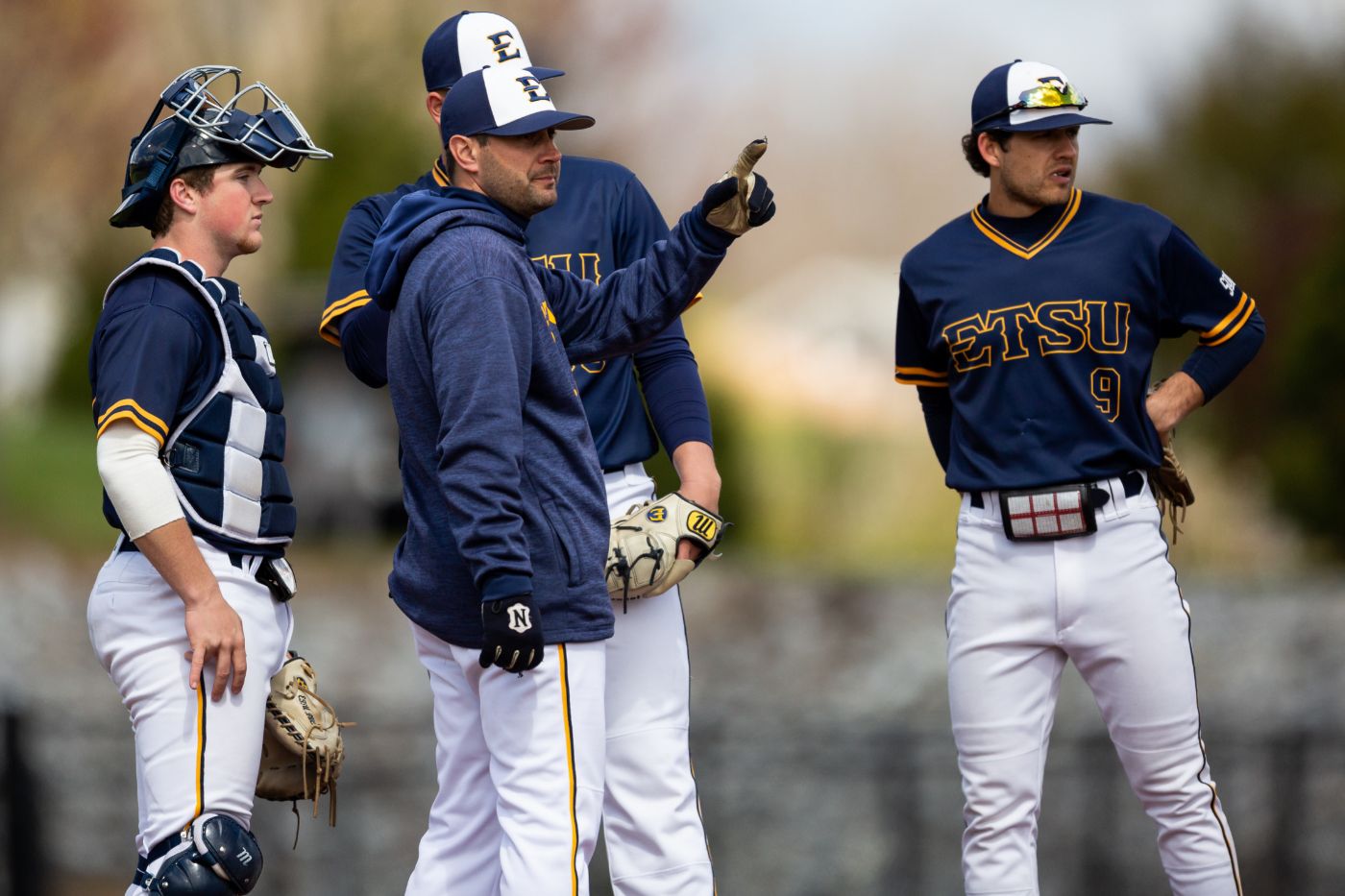 Bucs have played 12 of last 13 games at home

JOHNSON CITY, Tenn. (April 1, 2019) – ETSU baseball is 18-2 at home this season and will close out a five game home stand on Tuesday night against the Radford Highlanders. First pitch is set for 6 p.m.

The Bucs (21-6, 3-0) saw a seven game win streak come to an end Sunday at the hands of Georgetown. Regardless, ETSU has won all seven weekend series this season and are winners in 12 of the last 14 contests.

Big South foe Radford (14-13, 7-2) comes in just as hot as winners of their last eight contests, climbing above .500 for the first time this season with a sweep of Winthrop this past weekend.

Tuesday’s game will stream on the SoCon Digital Network with play-by-play announcer Mike Gallagher calling the action. Live stats will also be available via StatBroadcast.

ETSU leads the all-time series 27-19. The Bucs have won the last three contests while splitting the last 12 with Radford, dating back to 2013.

Second year skipper Joe Pennucci is 2-0 against Radford, as the Bucs took both games of a home-and-home last season. Following a thrilling 9-8 road win on April 4 of last year, the Bucs posted a 2-0 shutout of the Highlanders later that month in Johnson City.

ETSU rode a seven game win streak through the weekend — its longest of the Pennucci Era and longest since 2013.

Following the weekend, the Bucs are one of five teams to have at least five weekend sweeps this season, while joining Arizona State and Georgia as the only three teams in the nation to own seven series wins (three or four game series).

The Bucs were receiving votes in the USA Today Coaches’ Poll last week and will await to see the results of this week’s rankings later this afternoon. ETSU has been ranked as high as 58th in the RPI rankings, but dropped 30 spots to 88th over the weekend. The Bucs join UNCG (77th) as the only two SoCon schools in the top 100.

Offensively, the Bucs are led by junior second baseman Cullen Smith (Lebanon) with a .360 batting average and a team-best 10 doubles, followed by junior catcher Jackson Greer (Knoxville) with a .326 /.477 /.610 slash line.

Consistently climbing his way up the batting order, freshman Ethan Shelton (Lebanon) wields a hot bat with nine extra base hits in the last eight games. He has also hit safely in six of his last eight games.

Among those pitchers are weekend starters Micah Kaczor (Washington, D.C.), Landon Knack (Johnson City) and Daniel Sweeney (Johnson City) who combine for a 14-1 record and each have ERA’s that rank top-10 in the SoCon.

Knack has emerged as the leader with a 6-0 record and 1.61 ERA. Knack leads the staff with 48 strikeouts and 44.2 innings, while leading the SoCon in victories. Dating back to his JUCO days at Walters State, Knack has won 19 straight decisions on the bump.

Kaczor continues to hold down the ace role with a 2.06 ERA and a 4-0 record, including seven scoreless innings in his last outing against Georgetown. Sweeney, who starts Sundays, has a 4-1 record, 2.61 ERA and a 37:6 strikeout-to-walk ratio.

After starting with a 6-13 record, Radford has won their last eight games to climb above .500 for the first time this season. Over that stretch, the Highlanders have torched opposing pitching for 79 runs, including 38 runs in a three-game sweep of Winthrop last weekend.

Radford leads the Big South Conference in batting average, hits, home runs, runs batted in, walks drawn and total bases. The Highlanders have 41 homers this season, ranking fifth in the nation. Four players have six dingers to lead the way, while 13 Radford players have had at least one homer.

The familiar Highlanders returned a number of key players from last season, including leading hitter Andrew Szamski who’s batting .390 with 41 hits, 28 runs, seven doubles, six homers and 33 RBI. He leads the team in each of those statistics, while tying for the team high in homers. He batted 10-for-13 this past weekend.

The pitching staff lost a pair of key arms this past offseason, holding a 4.78 ERA for the 2019 campaign. Relief arm Cameron Fritz has made nine appearances and leads the way with a 2.18 ERA through 20.2 innings, along with a team-best 28 punchouts.