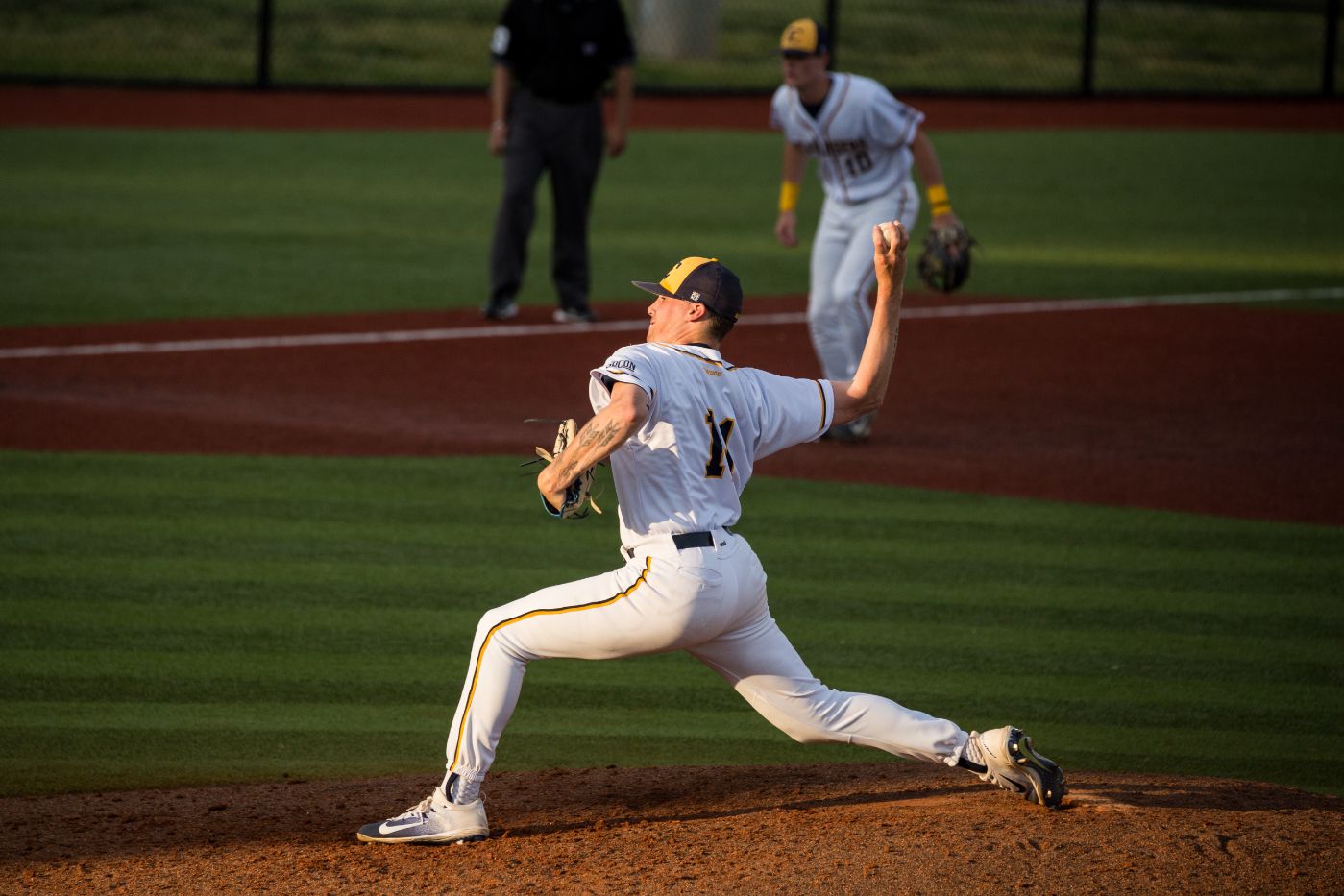 Bucs lead Keydets 3-1 in top of the seventh

LEXINGTON, Va. (April 5, 2019) — ETSU baseball had a 3-1 lead against VMI in the top of the seventh and will carry that lead into Saturday, as an unexpected power outage put the series opener on pause Friday night in Lexington, Va.

The game will resume from the top of the seventh at 1 p.m. on Saturday. The second game of the series will begin 40 minutes after game one’s conclusion.

Junior first baseman Noah Hill (Ringgold, Ga.) hit a deep foul ball into left field with a 1-2 count and two outs. Immediately following, all of the lights in the stadium — minus the LED scoreboard — shut off and caused the suspension of the game due to darkness.

Senior Micah Kaczor (Washington, D.C.) remained on the bump the entire night, leaving the stadium with one run allowed on six hits through six solid innings. Kaczor also had four strikeouts with no walks in the pitcher’s duel. He threw 85 pitches.

Junior Jake Lyle (Spring Hill) and freshman Ethan Shelton (Lebanon) each have two hits thus far to lead the Bucs. Hill launched a two-run shot in the sixth inning to drive home the go-ahead runs — the at-bat prior to his current one.

ETSU struck first with a run in its third at-bat, following a leadoff double by Lyle to put a runner at second. Junior catcher Jackson Greer (Knoxville) grounded one to shortstop, and a fielding error allowed Lyle to round third and score.

The pitcher’s duel between Kaczor and VMI’s Jacob Menders continued after that run, with VMI tying on a solo shot from Jake Huggins in the bottom of the fourth. The game remained 1-1 through the fifth before Hill’s sixth inning homer put the Bucs back ahead.