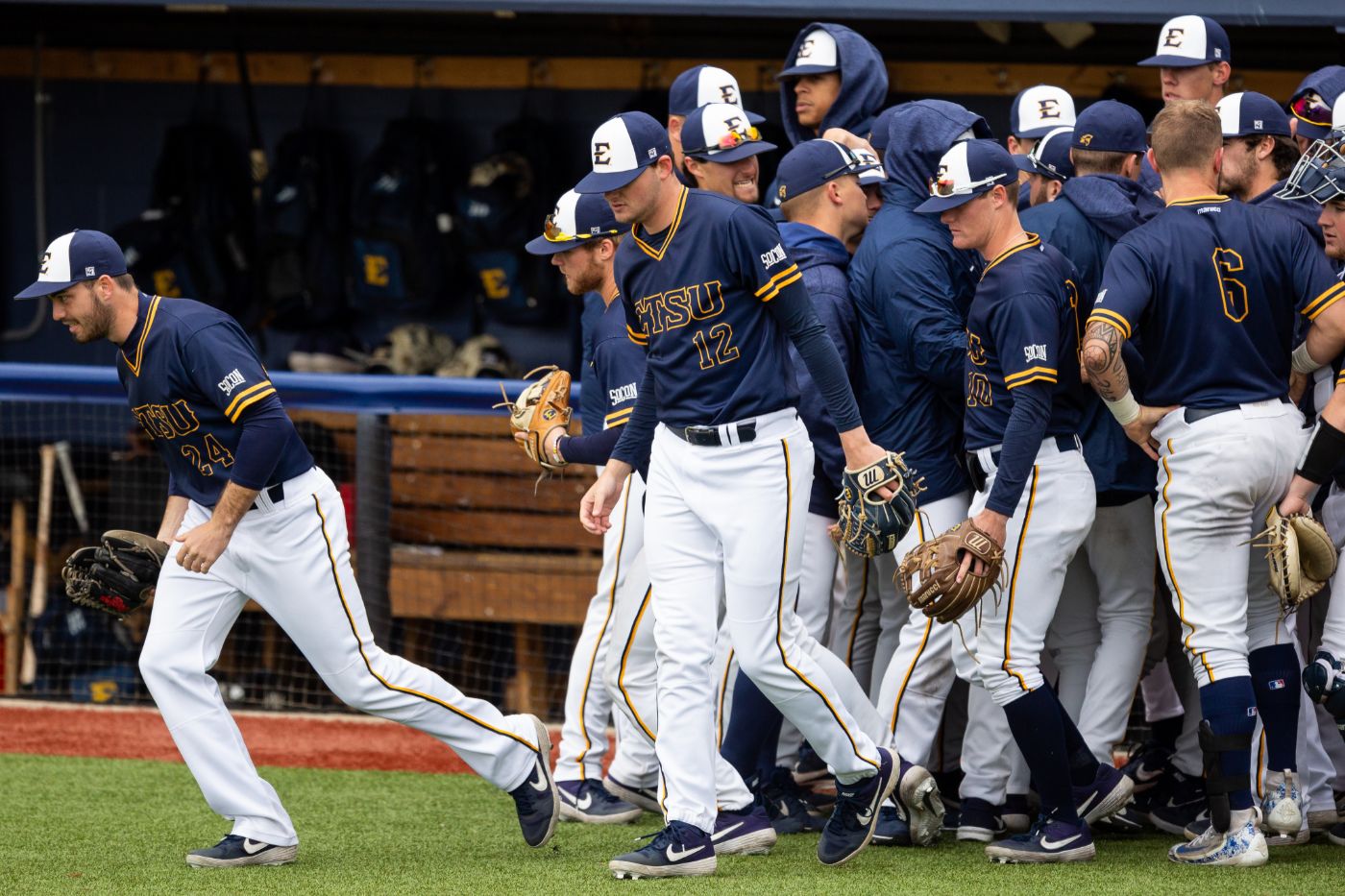 ETSU offense is shutout for first time this season

LEXINGTON, Va. (April 7, 2019) — For the first time this season, ETSU experienced a shutout and a series loss after falling on the wrong end of a 6-0 final to VMI in Sunday’s series finale in Lexington, Va.

For VMI, the series win was their first over ETSU since 2000.

Sunday’s rubber match had all the makings of a pitcher’s duel with Daniel Sweeney (Johnson City) facing VMI’s Zak Kent. Both pitchers ranked top 10 in the SoCon in opposing batting average coming into the contest, with Kent at .203 and Sweeney at .223.

Kent (4-2) won the duel, limiting the Buccaneers to six hits while striking out 12 in eight innings. Will Lopez finished the final frame to complete the shutout for VMI.

Sweeney (4-2) struck out six of the first seven batters for a hot start, allowing just one earned run through the first five innings. He took the loss, finishing 5.2 innings with four runs allowed (three earned) off eight hits, one of which was a two-run homer.

The Bucs were lead by David Beam (Knoxville) for a second straight game, as the preseason first team all-conference selection went 2-for-3 with a single, a double and a walk. Five other Bucs had one hit.

VMI scored a pair in the bottom of the fourth, three in the sixth and one in the eighth for the win. A two-run homer by Ryan Hatten, a pair of RBI singles and a couple of ETSU errors resulted in the scoring.

Next on the schedule, ETSU will look to avenge its first loss of the season in a midweek showdown with Virginia Tech at Thomas Stadium on April 10. First pitch is set for 6 p.m.

Wednesday night’s game is a “Whiteout” presented by Citi, as fans are encouraged to wear their favorite white ETSU apparel to the ballpark.