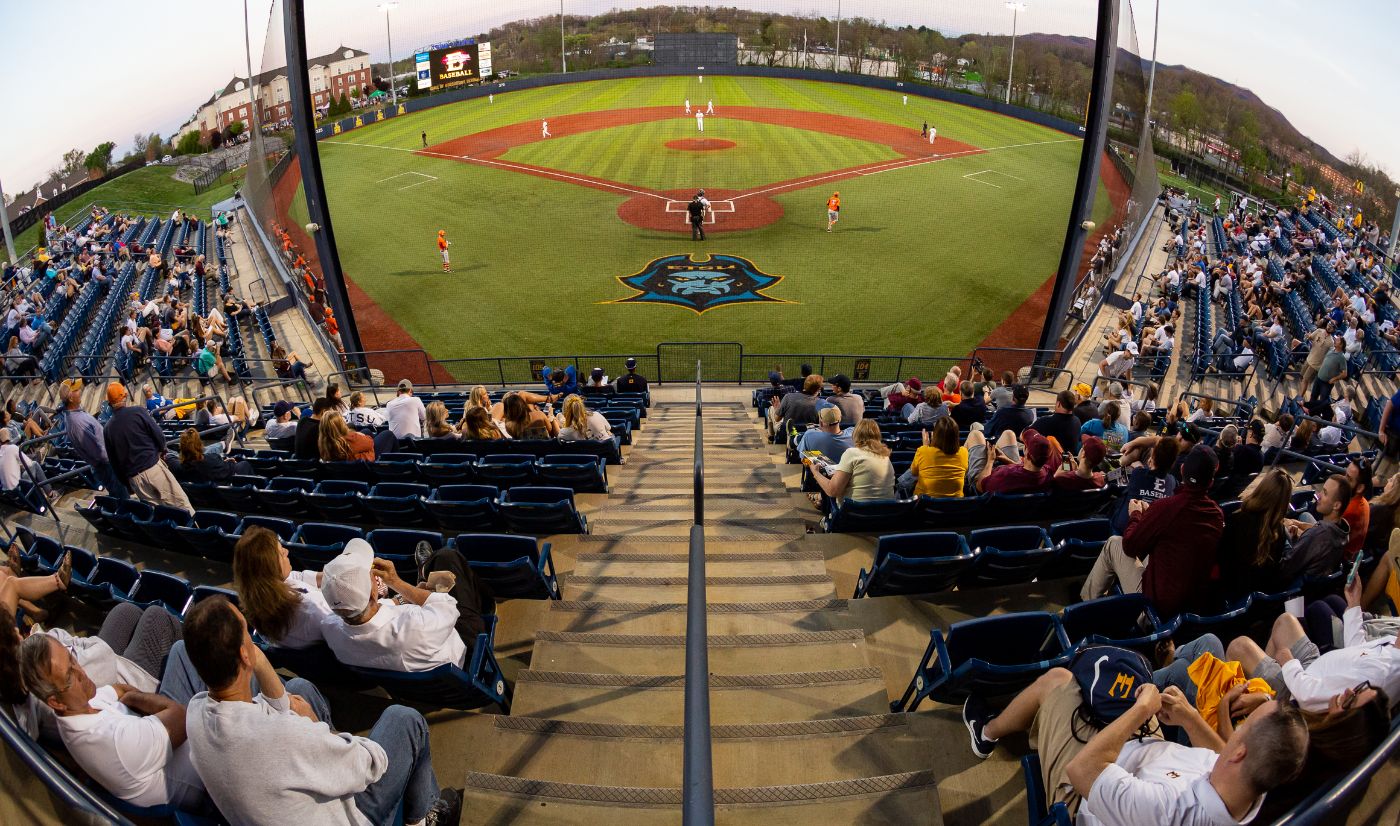 JOHNSON CITY, Tenn. (April 10, 2019) — ETSU found itself locked in a low scoring affair against Virginia Tech on Wednesday at Thomas Stadium, but a pair of go-ahead runs in the seventh inning would ultimately cost the Bucs in a 4-2 loss.

With the win, Virginia Tech took both games of the home-and-home series. ETSU drew over 1,000 fans for the second time this season with a reported attendance of 1,119 on hand.

ETSU (23-9) managed just four hits off a tough Hokies pitching staff, but remained in prime position with a 2-2 contest heading to the final three frames. A late RBI triple and a sac fly right after allowed Virginia Tech (20-14) to take the lead.

The ninth inning added some late drama, as freshman Ethan Shelton (Lebanon) reached on a two out single and later worked his way to third. With runners on the corners and the go-ahead run at the plate, VT closer Zach Brzykcy ended the rally with a strikeout.

Jaison Heard picked up the win for Virginia Tech, while Brzykcy earned his third save of the season. Three other pitchers entered for the Hokies.

Seven pitchers took the mound for the Bucs, but Colby Stuart (Elon, N.C.) would be tagged with the loss after allowing the two runs over two innings. The Bucs and Hokies each had eight strikeouts.

Junior Cullen Smith (Lebanon) led the team with two hits, one of which was an RBI single to tie things up in the sixth inning. Fellow junior Cade Gilbert (Ringgold, Ga.) drove in the other run, giving ETSU a 1-0 lead in the opening frame with an RBI groundout.

Sophomore David Beam (Knoxville) extended his hitting streak to seven games with a late double to account for ETSU’s other hit.

The Bucs will turn their attention back to conference play this weekend as they travel to Furman April 12-14. First pitch in Friday’s series opener is set for 6 p.m. in Greenville, S.C.