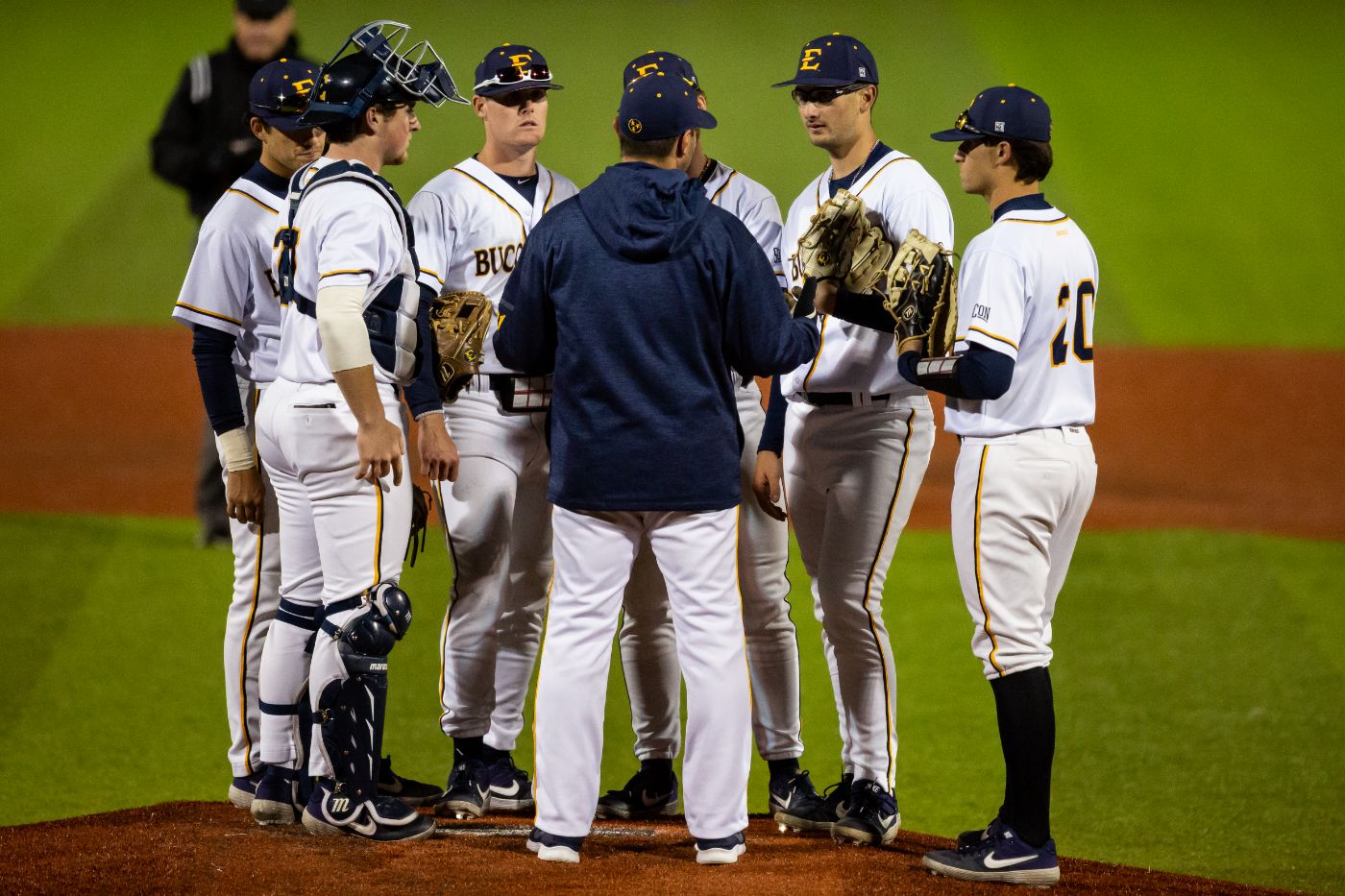 The Buccaneers (25-10, 6-3 SoCon) and Mountaineers (15-18, 7-7 Sun Belt) have faced off 136 times — the most of any opponent in ETSU history. Both teams are heating up coming out of the weekend, with ETSU taking two from Furman on Saturday and App State riding a three-game winning streak.

Live stats will be available via StatBroadcast for Tuesday’s contest. Tuesday is also Little Bucs Day at “The Thom” where children 12 and under receive free admission with a paying adult.

Appalachian State leads the series 78-57-1, although the last 20 matchups have been split evenly at 10 wins apiece dating back to 2006.

ETSU rode a seven game win streak that ended against Georgetown March 31 — its longest streak of the Pennucci Era and longest since 2013.

ETSU received votes for the first time under Coach Joe Pennucci three weeks back, earning six votes in the USA Today Coaches’ Poll. Two weeks ago, ETSU picked up one vote for the Top 25.

Offensively, the Bucs are led by junior catcher Jackson Greer (Knoxville) with 11 doubles, sxi homers, 29 RBI and a .571 slugging percentage, while junior Cullen Smith (Lebanon) has a team-high batting average of .326 on 43 hits to go with five homers and 23 RBI.

ETSU has used 13 pitchers this year. Among those pitchers are weekend starters Micah Kaczor (Washington, D.C.), Landon Knack (Johnson City) and Daniel Sweeney (Johnson City) who combine for a 17-2 record and each have ERA’s that rank top-10 in the SoCon.

Knack has emerged as the leader with an 8-0 record and 2.16 ERA. Knack leads the staff with 60 strikeouts and 58.1 innings. Knack is also one of three players atop the NCAA with eight victories. Dating back to his JUCO days at Walters State, Knack has won 21 straight decisions on the bump.

Kaczor continues to hold down the ace role with a 2.24 ERA and a 4-0 record. Sweeney, who starts Sundays, has a 5-2 record with a 3.17 ERA. Sweeney had a career-high 10 strikeouts at Furman this past weekend, picking up the win in 7.0 innings.

The Mountaineers (15-18, 7-7 Sun Belt) ride a three game win streak into Johnson City and are winners of four of their last five.

On the mound, Kaleb Bowman serves as the top reliever with a 1.46 ERA through 37 innings in 17 appearances, owning a 4-0 record with four saves. The Mountaineers have used 13 pitchers this season, four of which have made at least 10 appearances in relief.