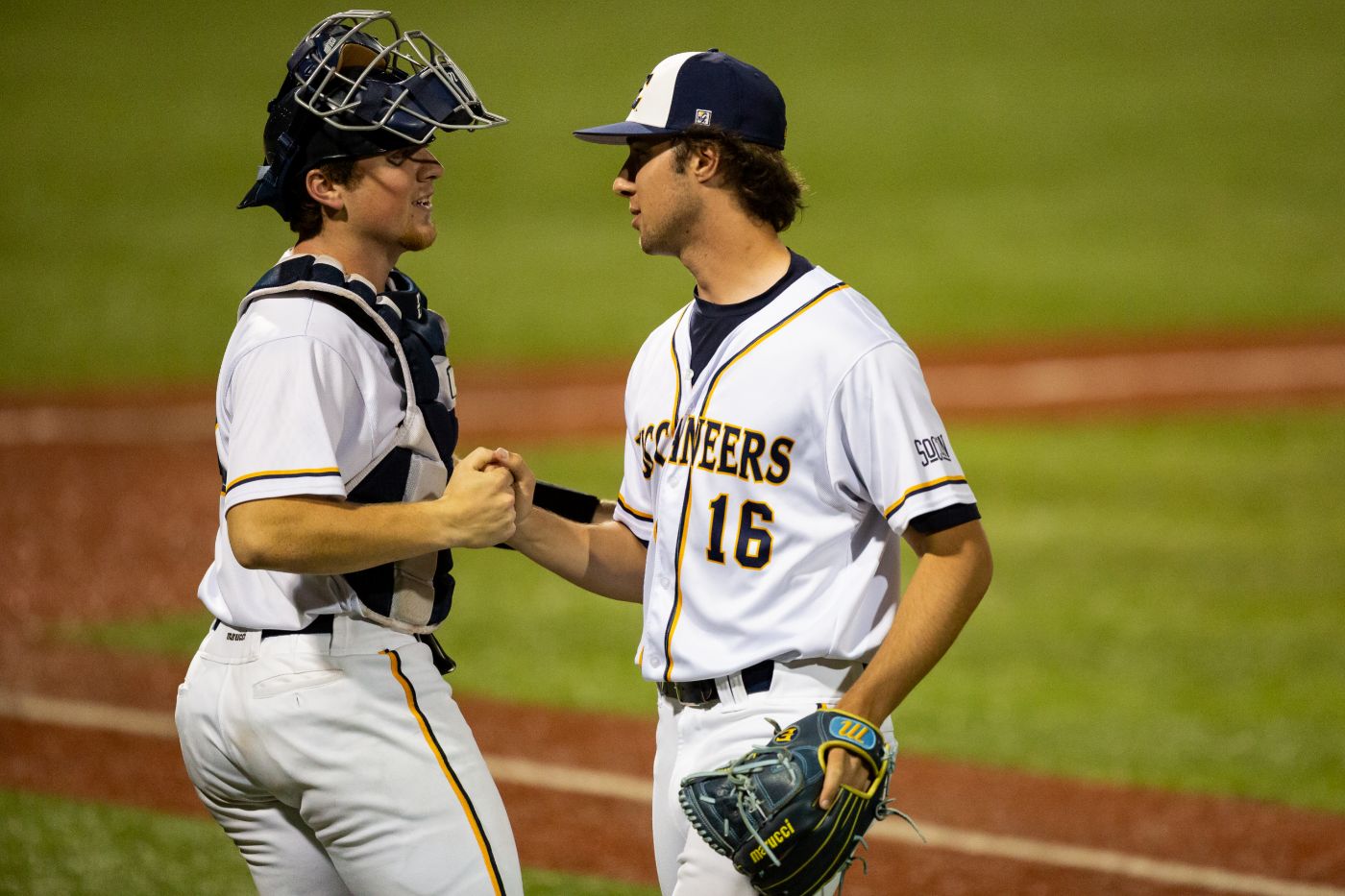 JOHNSON CITY, Tenn. (April 11, 2019) – Many eyes around the Southern Conference will be on ETSU baseball’s series this weekend, as the Bucs host Wofford in a three-game series April 18-20.

Start times are set for Thursday and Friday at 6 p.m. with the series finale scheduled for Saturday at 2 p.m. Times and dates are subject to change. Fans are encouraged to follow ETSU Baseball on the social media accounts below for updates.

This weekend marks a pivotal set atop the Southern Conference standings, as both ETSU and Wofford are tied for second place with a 6-3 record in conference play. Both teams are also atop the SoCon in pitching, with ETSU leading at a 3.42 team ERA and Wofford in second at 3.89.

After Thursday’s series opener, a postgame Easter egg hunt will take place on the field. Select eggs will contain promotional coupons and candy courtesy of Zaxby’s and ETSU baseball.

Also a part of Zaxby’s weekend promotion with ETSU baseball, the first 100 children in attendance on Friday will receive a Zaxby’s coupon and can meet the Zaxby’s mascot.

Live stats will be available via StatBroadcast for all three games. Times and dates are subject to change due to potential weather in the Tri-Cities area.

Since rejoining the SoCon in 2015, ETSU is 6-10 against Wofford and has not won a three-game series against the Terriers since their first season back in the conference.

ETSU received votes for the first time under Pennucci a few weeks ago, earning six votes in the USA Today Coaches’ Poll following a seven-game win streak and a victory over No. 23 Tennessee. Two weeks back, ETSU picked up one vote for the Top 25.

ETSU comes in on a three-game win streak, including a 4-0 shutout against Appalachian State Tuesday night at Thomas Stadium.

ETSU has used 13 pitchers this year. Among those pitchers are weekend starters Micah Kaczor (Washington, D.C.), Landon Knack (Johnson City) and Daniel Sweeney (Johnson City) who combine for a 17-2 record and each have ERA’s that rank top-10 in the SoCon.

Knack has emerged as the leader with an 8-0 record and 2.16 ERA. Knack is one of three players atop the NCAA with eight victories, leading the staff with 60 strikeouts and 58.1 innings. Dating back to his JUCO days at Walters State, Knack has won 21 straight decisions on the bump.

Kaczor continues to hold down the ace role with a 2.24 ERA and a 4-0 record. Sweeney, who starts Sundays, has a 5-2 record with a 3.17 ERA. Sweeney had a career-high 10 strikeouts at Furman this past weekend, picking up the win in 7.0 innings.

The Terriers are off to a successful start to their season, clinching their ninth straight season with over 20 wins. Wofford leads the conference in many of the major hitting categories while ranking second in team-ERA (3.98) behind the Bucs (3.42).

Wofford has been known throughout the years for their speed, stealing at least 100 bags each of the last seven seasons. Wofford leads the nation with 117 so far this year (3.0 per game) with Mike Brown (30), Brett Rodriguez (22), Andrew Orzel (14) and Matty Brown (14) all ranking atop the conference in stolen bases.

Lawson Hill leads the conference with 57 hits and ranks third in batting average at .389. The sophomore catcher leads the Terriers with 30 RBI.