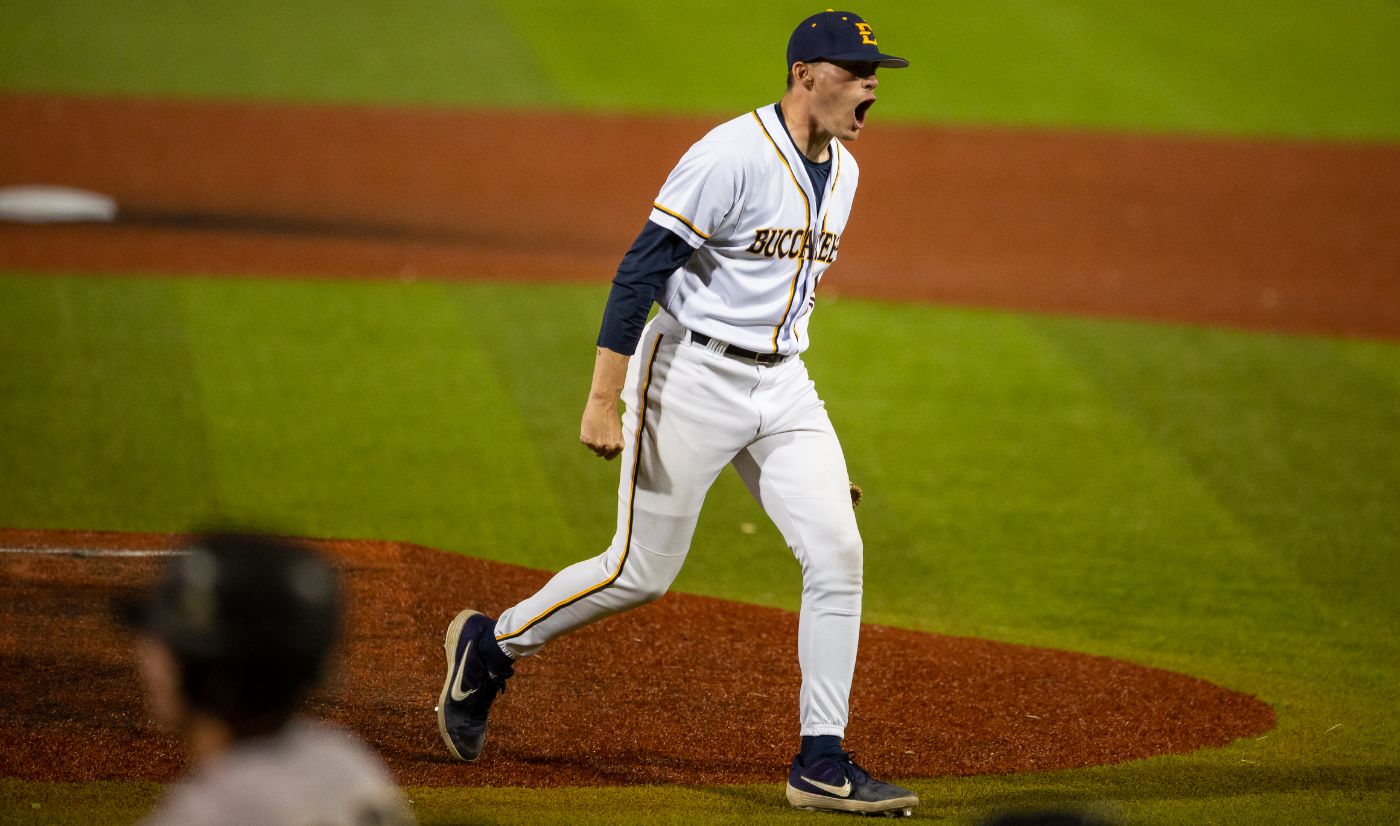 JOHNSON CITY, Tenn. (April 18, 2019) – ETSU baseball picked up some momentum in conference play Thursday evening in Johnson City, knocking off Wofford with a 7-1 win to open a three-game weekend series at Thomas Stadium.

Senior ace Micah Kaczor (Washington, D.C.) threw 8.0 innings for a career long outing, picking up the win to improve to 5-0 on the season. He gave up just one early run on six hits, while walking two and striking out five.

Freshman Daulton Montagna (Pennsville, N.J.) closed the game with a scoreless ninth, ending the game with an exciting 5-4-3 double play. Wofford’s David Yourke was tagged with the loss after two unearned runs crossed in the third, ending his day after 2.2 innings.

Wofford took the early lead with an RBI single in the second inning, but a pair of unearned runs in the third shifted momentum the way of the Blue and Gold. A sacrifice fly from Cullen Smith (Lebanon) scored the tying run, while the go-ahead run came in off a throwing error later in the inning.

Kearney’s solo homer and Greer’s three-run blast resulted in a four run fourth inning to give ETSU a commanding 6-1 lead.

The final run scored in the fifth, as Kearney hit a single in the right-center gap. A booted ball by the right fielder allowed Kyle Richardson (Zionsville, Ind.) to hustle all the way home from first and touch home.

The Bucs will look to clinch the series Friday night at 6 p.m. Times and dates are subject to change due to weather. Follow our social media accounts below for updates.