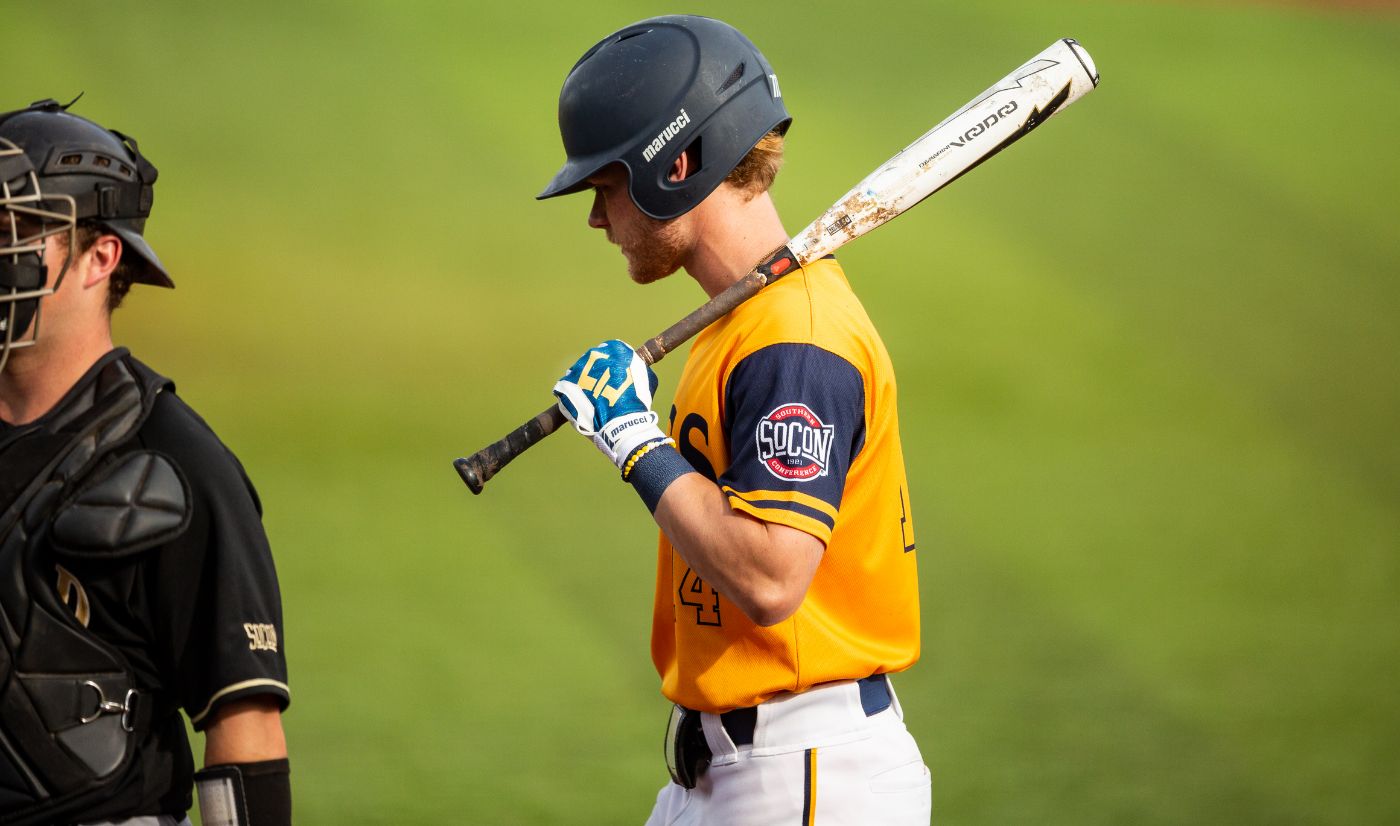 JOHNSON CITY, Tenn. (April 19, 2019) – ETSU matched Wofford nearly hit for hit Friday night at Thomas Stadium, but could not keep up scoring-wise as the Terriers defeated ETSU 10-4 to even the three-game series.

ETSU outhit the Terriers 16-15 on the day, but Wofford added five walks to help their production. Both teams stranded 11 runners on base.

For the first time in two seasons, junior pitcher Landon Knack (Johnson City) was tagged with a loss with seven runs allowed over four innings. Prior to the outing, Knack (8-1) had won an impressive 21 straight decisions — 13 at Walters State Community College and eight at ETSU.

Despite allowing 12 hits and only striking out two, Wofford’s Austin Higginbotham (8-2) limited the Bucs to three runs (two earned) in seven innings of work for the win.

ETSU was led by its 3-4 hitters as juniors Cullen Smith (Lebanon) and Jackson Greer (Knoxville) each collected three hits. Smith hit a solo homer as ETSU was down to its last out in the ninth inning.

Wofford took an early 6-2 lead in the first two frames, including a four run second inning. Trailing 7-2 in the bottom of the fourth, ETSU had a late rally going that saw an RBI double from Jake Lyle (Spring Hill) bring new life. ETSU stranded two in scoring position, leaving the tying run on deck to kill the rally.

Wofford went on to add two more runs in the fifth and one in the seventh, while ETSU’s final run came on Smith’s ninth inning homer — his sixth of the season.

Saturday’s showdown will serve as the rubber match and is currently scheduled for Saturday, April 20 at 2 p.m. Follow us on our social media accounts below for updates.