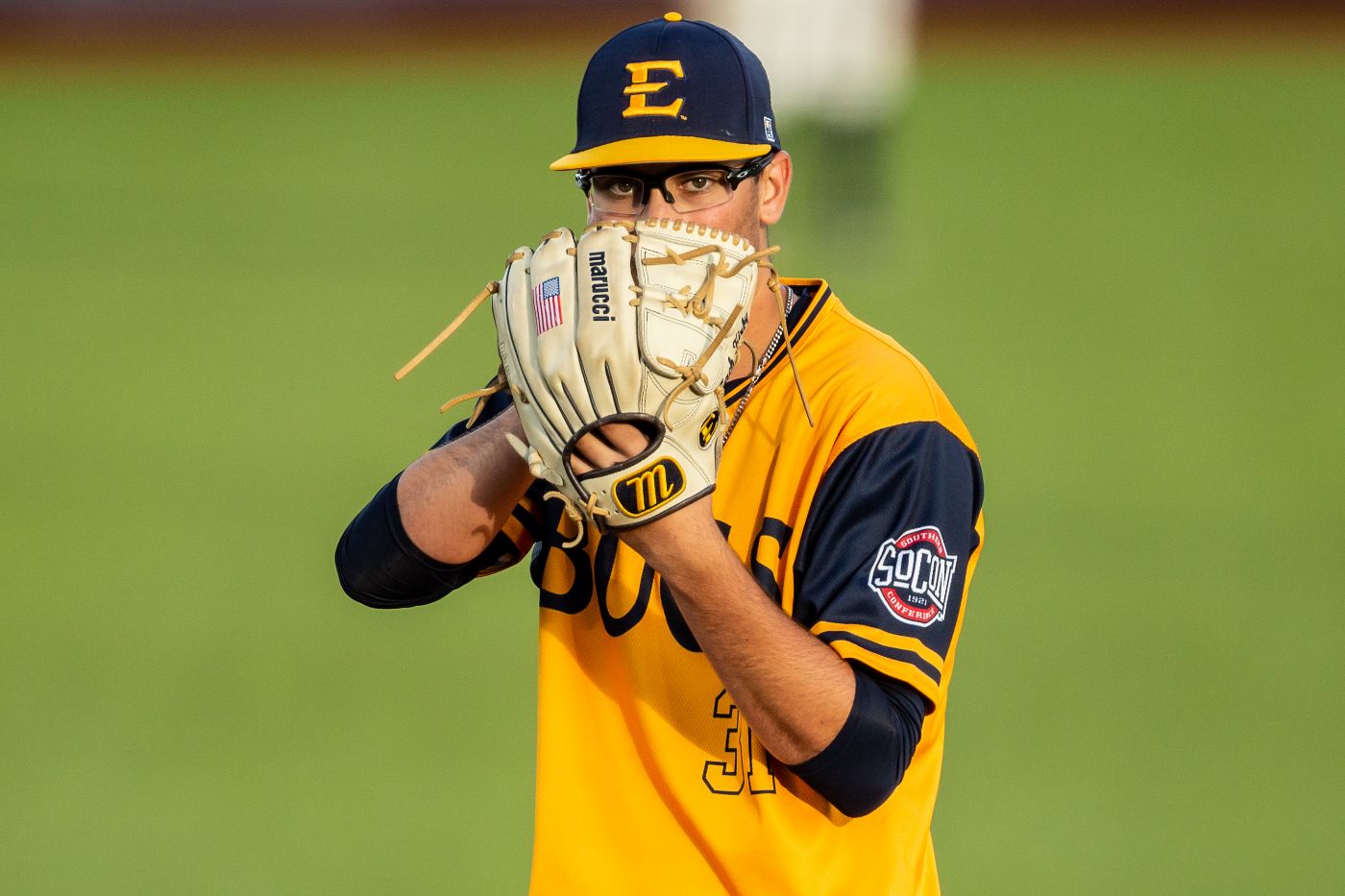 MACON, Ga. (April 25, 2019) – Two teams on a collision course will meet in Macon, Ga. for a three game set this weekend, as ETSU baseball looks to remain near the top of the standings against the streaking Mercer Bears beginning Friday at 6 p.m.

The Bucs (27-11, 7-4 SoCon) have had a week away from the diamond, following a two-game split with Wofford to remain tied for second in the Southern Conference standings.

Meanwhile, Mercer (21-20, 8-7 SoCon) is hot on their heels, riding a six-game winning streak into its home series.

Friday’s series opener at 6 p.m. will stream on the SoCon Digital Network, while live stats will be available via StatBroadcast for all three games.

The teams have faced off every season since 2006, both as members of the Atlantic Sun Conference and SoCon. Since both rejoined the SoCon in 2015, Mercer has won all but one contest against ETSU.

ETSU’s last win over Mercer was also the last matchup between the two in Macon in 2016, as the Bucs took a 9-2 victory.

ETSU received votes for the first time under Pennucci a few weeks ago, earning six votes in the USA Today Coaches’ Poll following a seven-game win streak and a victory over No. 23 Tennessee. The following week, ETSU collected one vote for the Top 25.

ETSU finished last weekend with a split against Wofford, as the series finale was cancelled. The Bucs have only dropped one series this season, winning eight overall with five three-game sweeps.

Offensively, the Bucs are led by junior catcher Jackson Greer (Knoxville) with a .343 /.483 /.606 slash line. His on-base percentage (.483) leads the SoCon. Greer also has seven homers and 33 RBI to lead the team, while junior Cullen Smith (Lebanon) is right behind him batting .331 on the campaign.

ETSU has used 13 pitchers this year. Among those pitchers are weekend starters Micah Kaczor (Washington, D.C.), Landon Knack (Johnson City) and Daniel Sweeney (Johnson City) who combine for a 18-3 record and each have ERA’s that rank top-10 in the SoCon.

Knack has emerged as the leader with an 8-1 record and 3.03 ERA. Knack is one of nine players atop the NCAA with eight victories. His loss to Wofford last weekend snapped a 21 game win streak on the mound — 13 at Walters State Community College and eight at ETSU.

Kaczor continues to hold down the ace role with a 5-0 record and 2.10 ERA — the best ERA in the SoCon. Sweeney, who hasn’t pitched since April 13 due to the Wofford cancellation, holds a 5-2 record with a 3.17 ERA in a breakout senior season.

The Bears are on a six-game winning streak heading into the weekend, including a series sweep against VMI to vault up to fourth place in the conference standings.

Mercer is one of four NCAA Division I programs to win at least 35 games in each of the past nine seasons, joining LSU, Florida State and Vanderbilt.

This season, the offense is led by the powerful bat of Kel Johnson with 16 homers (seventh in the nation) and 49 RBI. Johnson, a graduate transfer, has reached in all 40 games this season.

On the mound, Mercer brings a 5.07 ERA into the weekend. The weekend starters have turned it on as of late, combining for a 7-2 record against SoCon foes while limiting conference bats to a .241 batting average.