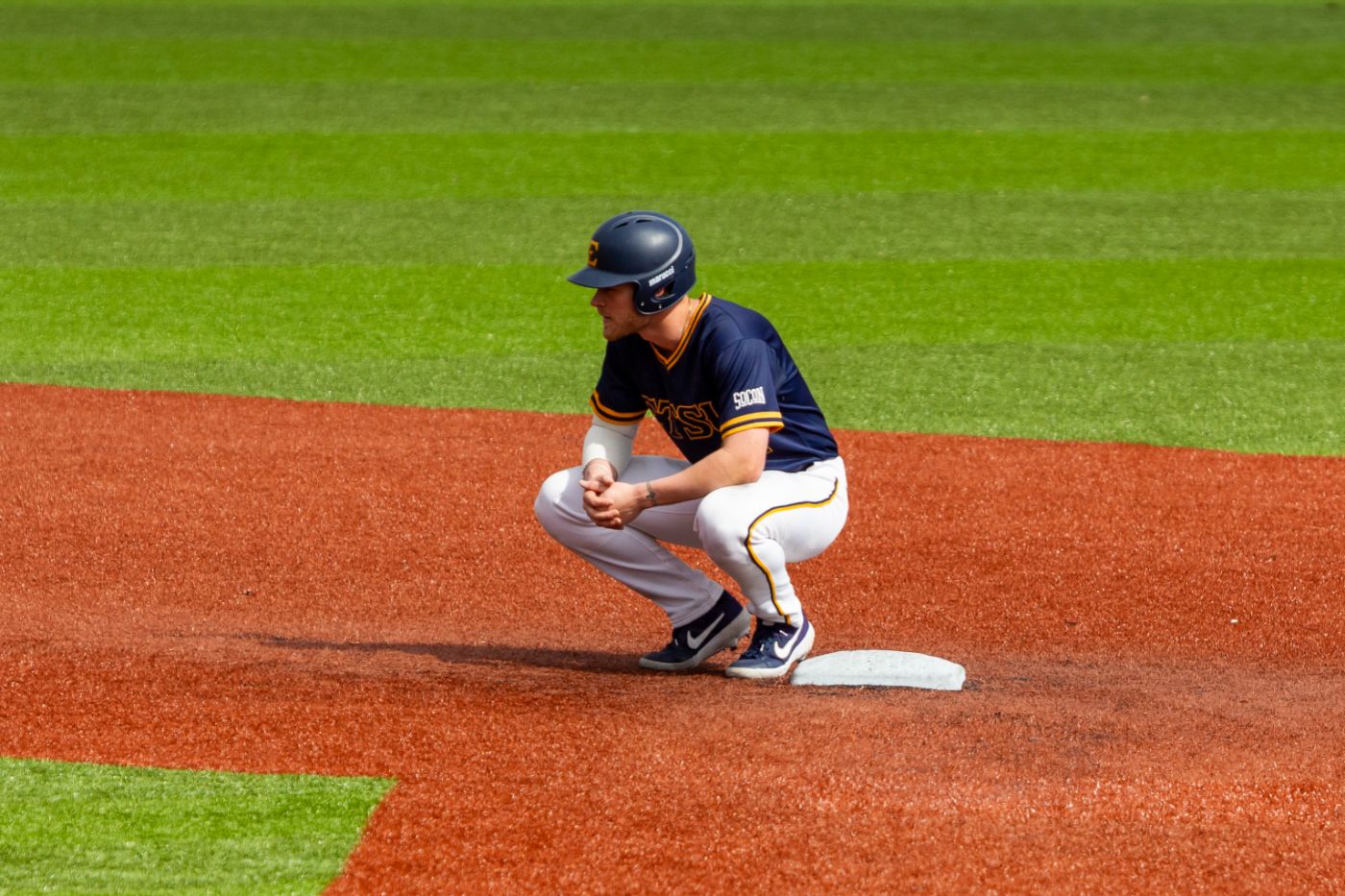 MACON, Ga. (April 26, 2019) – A late three run lead was not enough for ETSU baseball Friday night, as it opened its road conference series with a heartbreaking 5-4 loss to the Mercer Bears at OrthoGeorgia Park in Macon, Ga.

With a 4-1 lead heading to the final two innings, Mercer (22-20, 9-7 SoCon) rallied with a four run eighth inning to earn a comeback victory. The Bucs (27-12, 7-5 SoCon) put the tying run on base with a two-out single by Sean Kearney (Powell), but stranded the run on a strikeout to end the game.

Senior Micah Kaczor (Washington, D.C.) started the contest and dropped his season ERA to 2.02, a conference-best, with seven strong innings for a no decision. He allowed one run on three hits with three walks and four strikeouts on 103 pitches.

Coming into a tough situation with the tying run on base with one down in the eighth, senior closer James Giambalvo (Alhambra, Calif.) allowed the winning run to score on his lone hit allowed — a two-run double to Collin Price — to take the loss (0-2).

The win would go to Mercer reliever Will Bowdoin after a scoreless eighth inning. Nick Spear picked up his third save after closing the ninth.

Offensively, junior Cullen Smith (Lebanon) led the Bucs with a pair of singles, one of which drove home a run. Junior Ethan Cady (Soddy Daisy) and sophomore David Beam (Knoxville) each legged out doubles that led to runs in the third inning. Beam had two RBI on his double.

Mercer scored first with an RBI groundout, but ETSU came back the following frame with a four run inning. Beam’s one-out double drove home both the tying and go-ahead runs in the third.

Smith and junior Cade Gilbert (Ringgold, Ga.) each had RBI singles to extend the lead to 4-1, which would last through 10 scoreless half innings before the bottom of the eighth.

ETSU will look to even the series Saturday at 2 p.m. inside OrthoGeorgia Park.