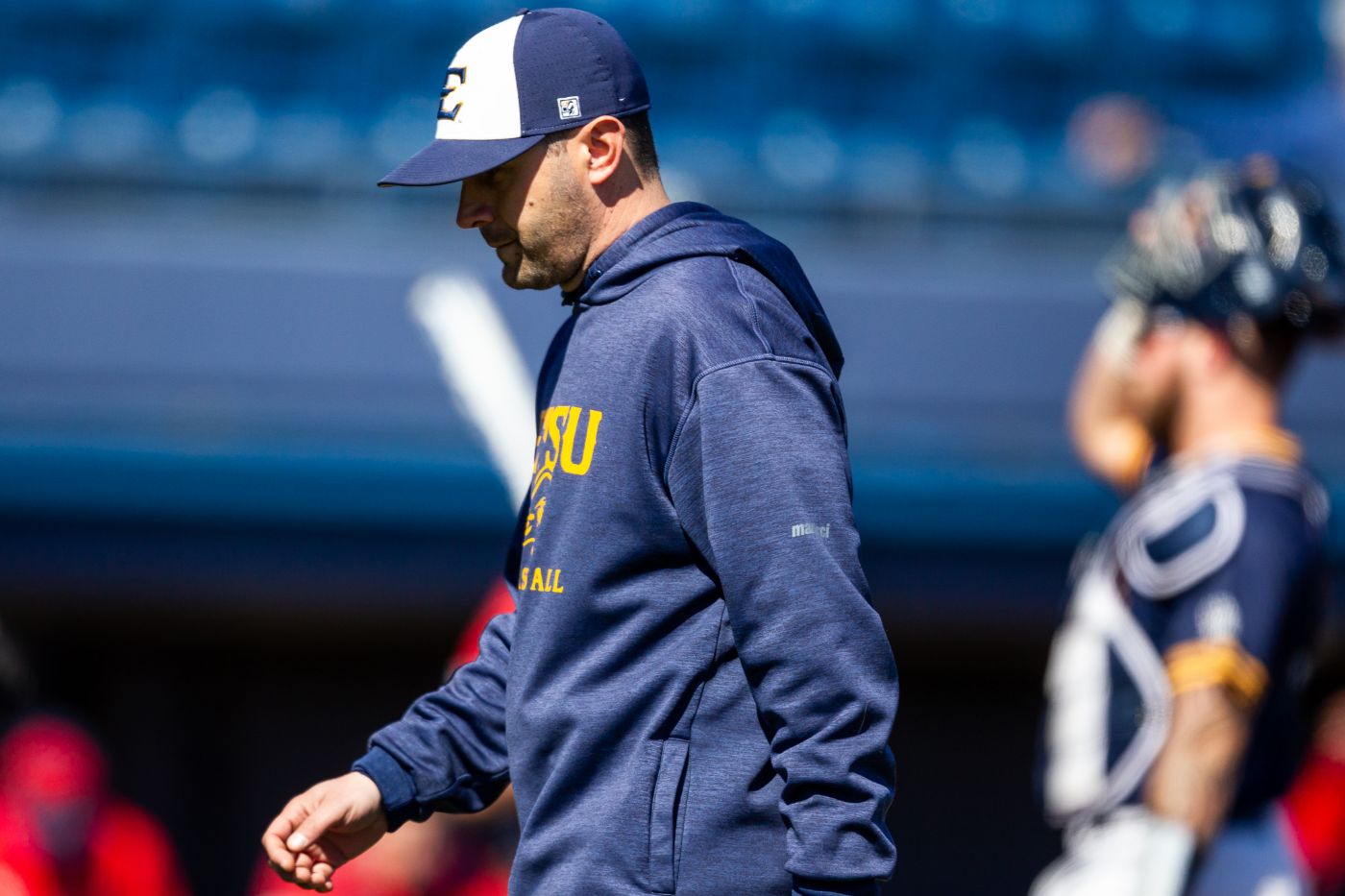 With the loss, ETSU falls behind two games in a series for the first time all season.

Much like yesterday’s series opener, ETSU led close over midway through the contest. Mercer eventually broke through the pitcher’s duel in the sixth inning, erasing a 2-1 deficit with five runs over the next three frames. ETSU had it at 4-3 in the eighth, but a two-run shot doubled the lead.

Junior Landon Knack (Johnson City) took the tough loss in 5.1 innings, allowing three runs to cross on six hits — two of which were unearned. Knack (8-2) left the game with the lead, but had the bases loaded and had thrown 116 pitches.

Seven batters recorded a hit for the Blue and Gold, led by freshman Ethan Shelton (Lebanon) with a two-hit day.

Back-to-back RBI singles allowed ETSU to take an early lead in the second inning, as Ethan Cady (Soddy Daisy) knocked home the first run of the game. After he advanced to second on a wild pitch, Shelton lined one through the left side to make it a 2-0 lead.

Mercer answered in the fourth with an RBI single to make it 2-1. The Bears also threatened in the fifth with the bases full and nobody out, but Knack struck out a hitter and forced a double play to promptly end the threat.

The home team found its redemption the following inning, brining home a pair with ducks on the pond and one out after Knack’s departure. A two-out fielding error on a second base grounder prolonged the inning and allowed the go-ahead run to cross.

ETSU’s final run came on a single by Jake Lyle (Spring Hill) to bring home Cullen Smith (Lebanon), but a pair of strikeouts left the tying and go-ahead runs on base. Mercer then capped the contest with Kel Johnson’s homer.

The Bucs will look to avoid their first sweep of the season on Sunday at 1 p.m.