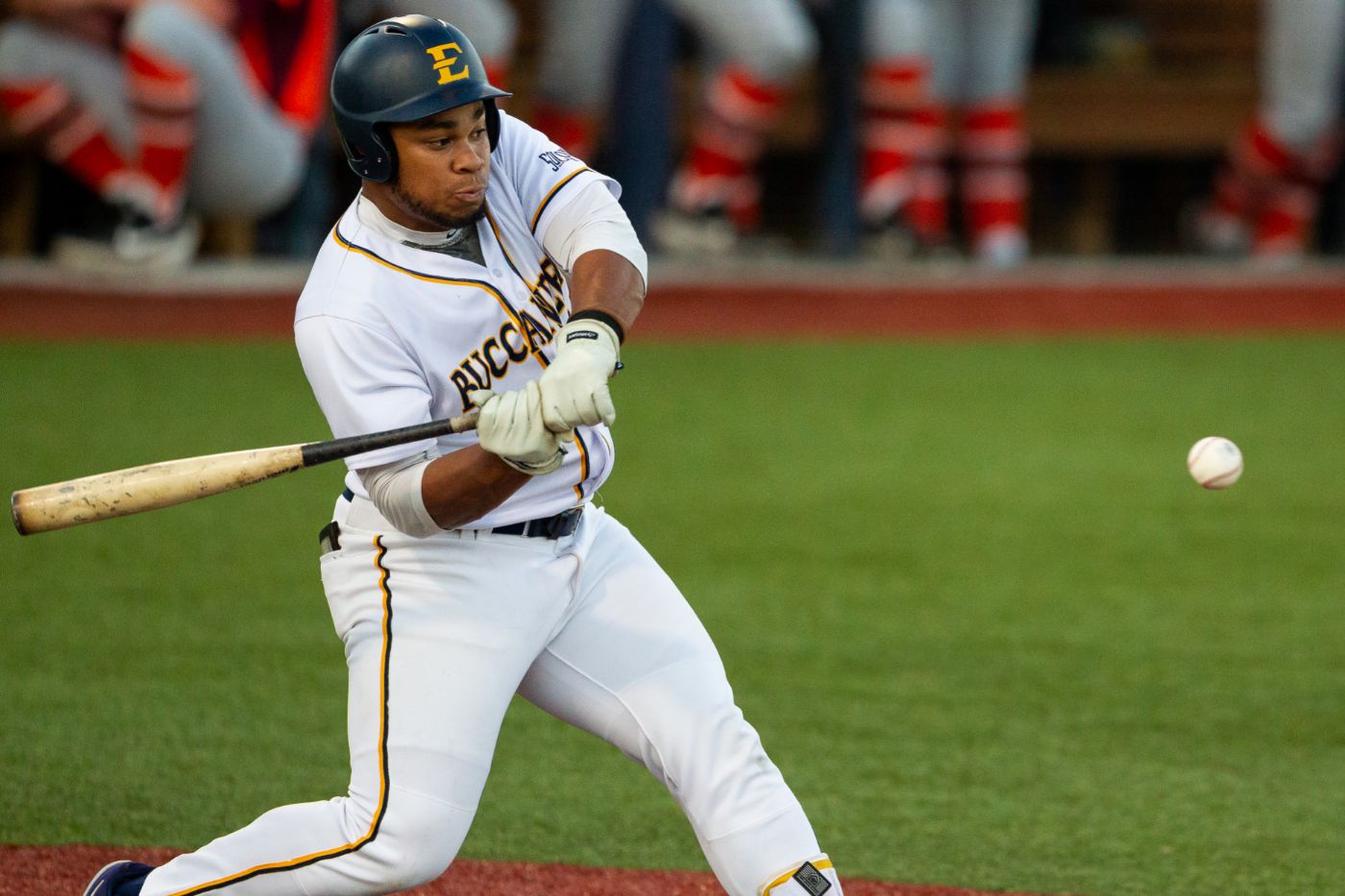 ASHEVILLE, N.C. (April 30, 2019) – The ETSU offense flipped a switch after being shut out in their last contest, lighting up UNC Asheville en route to a 10-8 victory at Greenwood Baseball Field on Tuesday night.

Junior Tyler Cox (Junction City, Kan.) had a career day at the plate to lead the Bucs, recording his first hits in an ETSU uniform on Tuesday. He finished 3-for-4 with a double, a run and two RBI.

After UNC Asheville began its comeback, freshman Daulton Montagna (Pennsville, N.J.) entered in relief and stranded the tying run at the plate with a long fly-out for his second save of the campaign.

Back-to-back one out singles by Hill and Jackson Greer (Knoxville) got things started for ETSU in the opening frame. After a wild pitch allowed the runners to advance a base, junior Cade Gilbert (Ringgold, Ga.) drove home Hill with a sac fly to open scoring. Greer and Gilbert each had two RBI.

ETSU jumped to a larger lead in the third with a four run inning. Cox started the rally with his first career hit in a Buccaneer uniform, scoring on Hill’s RBI single. Three more runs would cross as the Bucs had five hits in the frame.

Cox brought home two more runs in the fourth and fifth innings with an RBI double off the wall and an infield single. Shelton also extended the lead with a double, scoring Markell Graham (Atlanta, Ga.) from first base. UNC Asheville matched with three runs in that span, cutting the lead to 8-3.

After ETSU added two more in the eighth, UNC Asheville made things interesting. Despite not recording a hit in the inning, the Bulldogs struck for four runs on four walks, a fielding error, a hit batter and a wild pitch.

An error in the outfield allowed UNC Asheville to cut it to a two run deficit, putting a runner at second and the tying run in the box, but the final out would stop the comeback.

The Bucs return to Thomas Stadium this weekend for the first time in two weeks as they host Southern Conference rival UNC Greensboro for a three game set on May 3-5. First pitch in Friday’s series opener is set for 6 p.m.