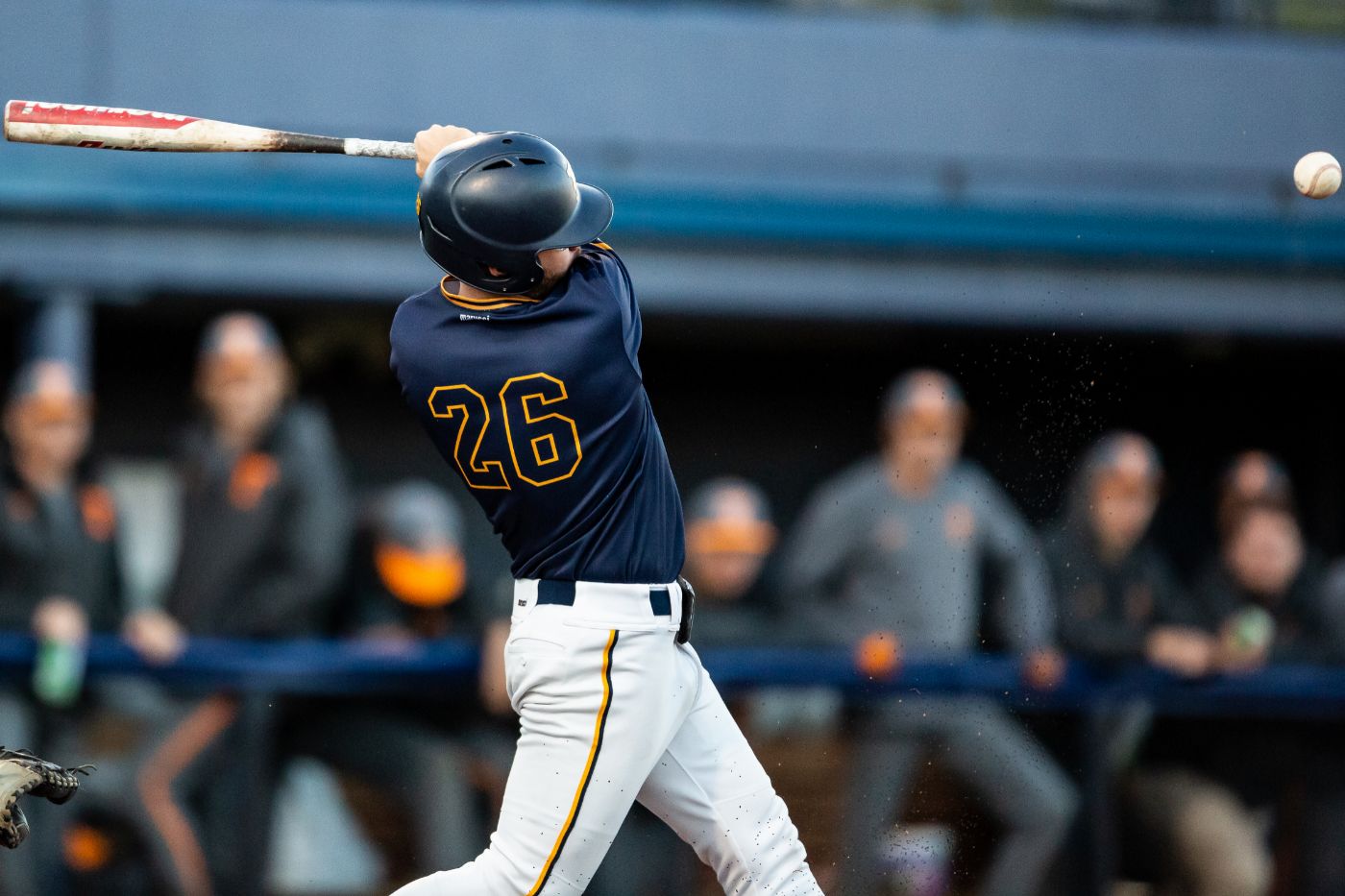 JOHNSON CITY, Tenn. (May 2, 2019) – ETSU baseball begins the May portion of its schedule this weekend with a key Southern Conference series, as the Bucs play host to UNC Greensboro at Thomas Stadium beginning Friday at 3 p.m.

Times and dates for the series, scheduled for May 3-5, are subject to change. Follow us on the social media accounts below to stay up-to-date on the latest developments. Current game times are listed in the section below.

The SoCon Digital Network will stream both Friday at 3 p.m. and Sunday at 1 p.m. with Mike Gallagher on the call. Live stats will be available all weekend via StatBroadcast.

UNCG leads the all-time series with a 28-15 record.

Since rejoining the conference in 2015, the Bucs have yet to take a series from UNCG with three wins in 13 tries. One of those wins came in Greensboro last season to even the series, winning 8-5.

Former ETSU starter Ryan Simpler tossed a complete game shutout against UNCG in the last home series between the two sides in 2017 — marking the last time ETSU has had a pitcher accomplish this feat.

The Bucs are one of 13 teams with at least 21 wins at home and four or less home losses. UNCG is not far behind with a 22-5 home record.

With the win at UNC Asheville this past Tuesday, ETSU clinched their third straight winning season this year, doing so for the first time since 1981-83. Furthermore, a win this weekend would surpass Pennucci’s win total from last year of 28 victories.

The Bucs return to conference play after suffering their first sweep of the season at Mercer, but got back on track Tuesday with a 10-8 win at UNC Asheville. Against the Bulldogs, ETSU outhit their opponent 16-4 in an offensive display.

As a team, ETSU is batting .278 with 37 homers. The Bucs have been powered by their pitching this season, holding a team-ERA of 3.60 to lead the SoCon and rank 28th nationally.

Offensively, the Bucs are led by junior catcher Jackson Greer (Knoxville) with a .331 /.467 / .570 slash line, seven homers and 35 RBI. Greer’s on-base percentage (.467) ranks second in the SoCon. Junior Cullen Smith (Lebanon) is right behind him batting .325 on the campaign.

ETSU has used 13 pitchers this year. Among those pitchers are weekend starters Micah Kaczor (Washington, D.C.), Landon Knack (Johnson City) and Daniel Sweeney (Johnson City) who combine for an 18-5 record and each have ERA’s that rank top 10 in the SoCon.

Knack has emerged as a solid Saturday starter with an 8-2 record and 2.93 ERA. Knack led the nation in victories up until last week, but continues to lead the conference. His loss to Wofford two weeks ago snapped a 21 game win streak on the mound — 13 at Walters State Community College and eight at ETSU.

Kaczor continues to hold down the ace role with a 5-0 record and 2.02 ERA — the best ERA among starting pitchers in the SoCon. Sweeney has been just as solid on Sundays with a 5-3 record and a 3.47 ERA, which ranks ninth in the conference.

The Spartans enter the game with a 26-15 record and ride a win streak of four games. UNCG is currently fourth in the league standings at 8-7, one game ahead of ETSU.

As a team, the Spartans are batting .286 to rank third in the SoCon, while holding a 5.01 ERA as a staff to fall into the middle of the conference pack.

UNCG, which has now had double-digit hits in five of its last six games, has seven players with at least 10 multi-hit performances on the season. Leading that category is preseason all-SoCon and preseason Player of the Year Caleb Webster with 15, while holding a .313 average in 41 starts.

The UNCG pitching staff is bolstered by the national ERA leader in reliever Chad Sykes. Sykes has an 0.65 ERA in 20 appearances and 41.2 innings. He also leads the team with 53 strikeouts and seven saves.