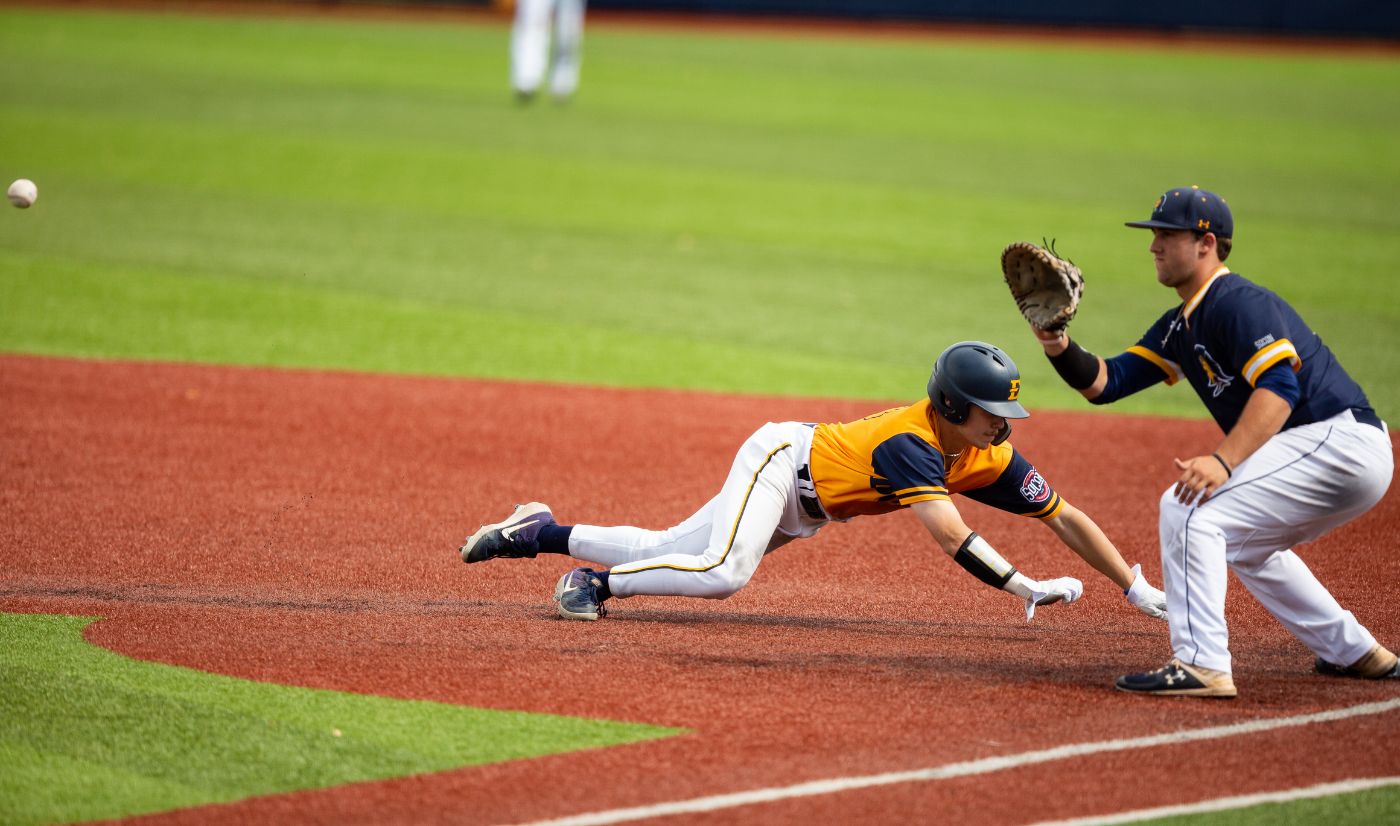 Bucs suffer sweep to drop to 7-10 in conference play

The Bucs (28-17, 7-10) have now lost six straight games in Southern Conference play, while UNCG (29-15, 11-7) is trending upward with a seven game win streak, including six straight in the conference.

ETSU looked to be in good shape with a 3-1 lead heading into the seventh inning, but the Spartans put together a four run inning to grab the 5-3 lead at the stretch. Cullen Smith (Lebanon) caught a second wind for ETSU with a leadoff homer after the stretch, but UNCG held off the rally to strand the tying and go-ahead runs in scoring position.

Spartan closer Chad Sykes, who leads the nation in ERA (0.58), kept ETSU at bay for the final two innings to earn his ninth save. Corey Jackson (7-1) picked up the win, while ETSU’s Daulton Montagna (Pennsville, N.J.) took the loss after allowing the winning run to cross.

Senior Daniel Sweeney (Johnson City) was locked in a pitcher’s duel with UNCG starter Jake Mayhew, finishing with a quality start at 6.1 innings. He allowed three runs, the final of which tied the contest, with two walks and seven strikeouts.

Both teams totaled 10 hits, led by a game-high from sophomore David Beam (Knoxville) with four hits. His 4-for-4 day matched a career-high and included a double and three singles. Junior Ethan Cady (Soddy Daisy) pitched in a 2-for-3 day with a double and an intentional walk.

UNCG struck for one in the second inning with a double play, as ETSU traded a run for two outs. The Bucs would score three unanswered in the fifth and sixth innings, promptly taking the lead with a bases loaded, two-RBI single by Noah Hill (Ringgold, Ga.) up the middle.

The next inning, freshman Colby Emmertz (Hampstead, N.C.) made his presence felt with his return to the lineup for the first time since April 12. Emmertz drilled a sacrifice fly, scoring the third run.

UNCG went on to tie the game and nearly take the lead, but a deep throw from shortstop Cade Gilbert (Ringgold, Ga.) as the cut off on a double to left center hosed the go-ahead run with a tag at the plate. The Spartans would eventually get the winning runs later that inning on back-to-back doubles.

Smith would not take no for an answer, swinging at the second pitch he saw and smashing it over the right field wall to pull within one at 5-4. But Sykes would eventually enter and stop the threat, clinching the sweep.

Each game this weekend saw the Bucs behind by three or less runs, including Sunday’s one-run decision. UNCG is now 16-4 in one-run and two-run games.

Up next, the Bucs will look to get on track with a three-game set at The Citadel in Charleston, S.C. on May 10-12.