Baseball
Baseball
ETSU at The Citadel | May 10, 2019
BoxscorePlay-by-Play 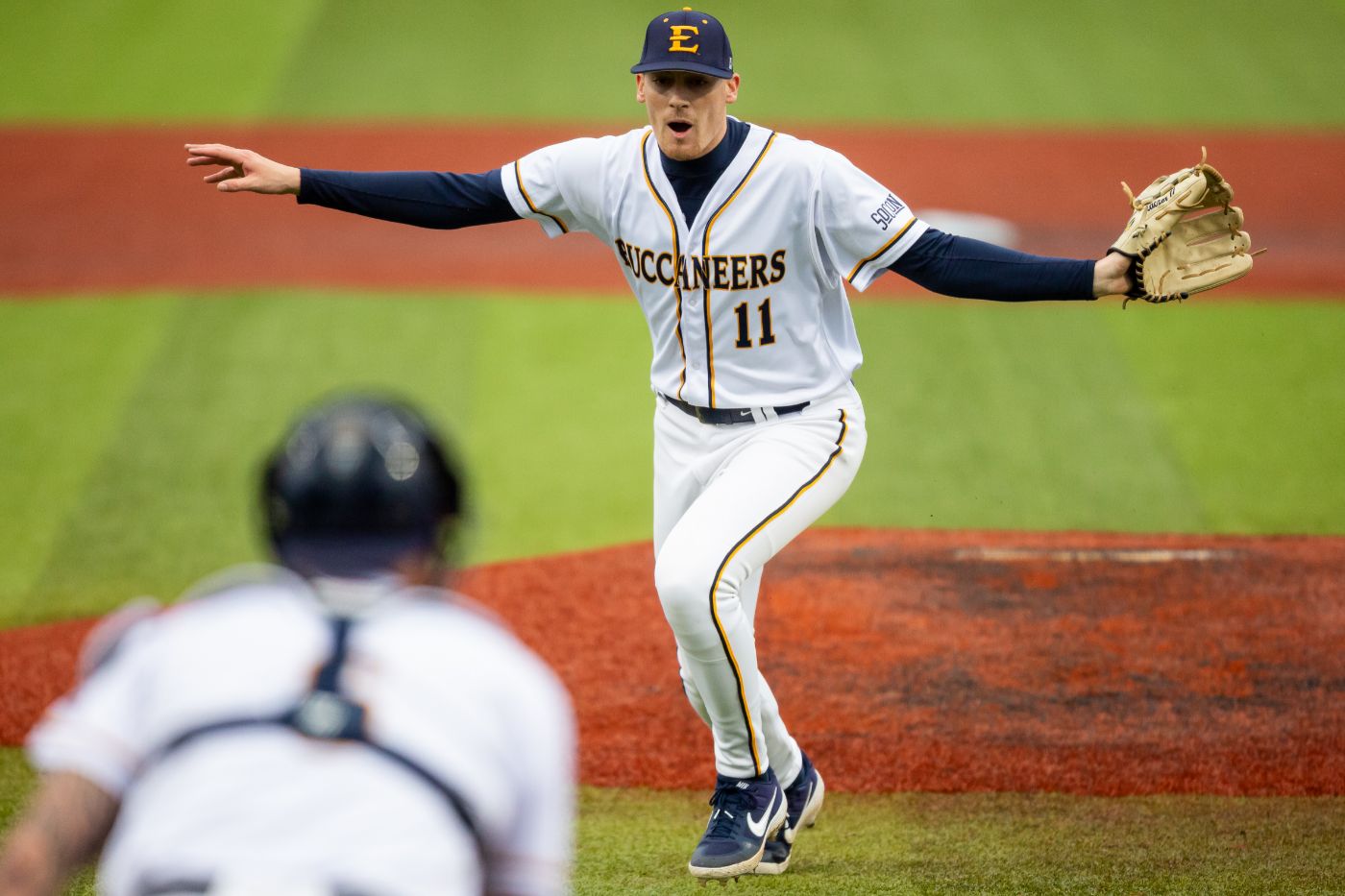 Kaczor tosses shutout to blank The Citadel
ETSU at The Citadel | May 10, 2019
Related Links

In the win, Kaczor (6-1) allowed just three hits with one free pass and eight strikeouts. He outdueled The Citadel’s Jordan Merritt (3-7), who took the loss in a complete game after allowing four runs, but only one earned.

All four runs came in the second inning, as ETSU opened the scoring with a pair of throwing errors by The Citadel that allowed Cade Gilbert (Ringgold, Ga.) to score. ETSU widened the gap with an RBI single by Ethan Shelton (Lebanon) and a two-RBI base knock by Noah Hill (Ringgold, Ga.).

Junior outfielder Ethan Cady (Soddy Daisy) led the team with three hits, one of which was a double, while freshman Colby Emmertz (Hampstead, N.C.) added a pair of singles. ETSU finished with 10 hits on the day.

ETSU had an opportunity to do more damage in the sixth with the bases loaded on three singles, but a double play promptly took The Citadel out of the jam. ETSU left eight runners on base, while the Bulldogs stranded only three in the shutout.

The two teams return to action Saturday at 2 p.m. as ETSU looks to take the road series.