Baseball
Baseball
ETSU at The Citadel | May 11, 2019
BoxscorePlay-by-Play 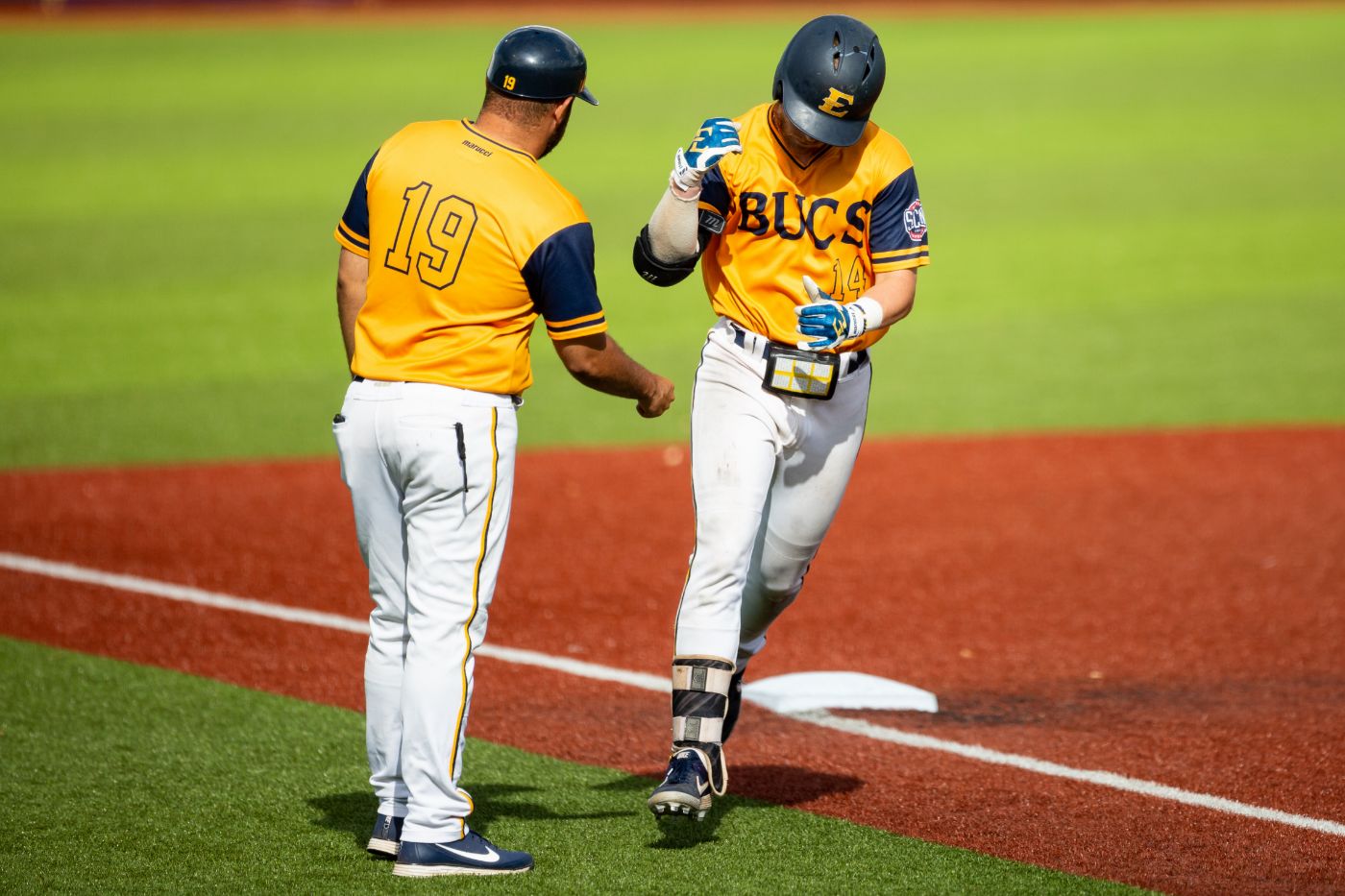 ETSU escapes in extras to edge The Citadel
ETSU at The Citadel | May 11, 2019
Related Links

CHARLESTON, S.C. (May 11, 2019) – In a tight game that saw some missed opportunities for ETSU, the Bucs came through when it mattered to earn a 3-1 victory in extra innings against The Citadel Saturday afternoon in Charleston, S.C.

Tied up 1-1 heading into extras, ETSU pushed across a pair of runs with a bases loaded walk and a wild pitch to pull ahead. After holding on for the win, ETSU improved to 30-17 and 9-10 in conference play, marking the first 30-win season for second year head coach Joe Pennucci.

ETSU posted the first run of the game on an RBI single by David Beam (Knoxville), scoring Cullen Smith (Lebanon) who reached on a leadoff bunt single. The Bucs couldn’t do anymore damage despite four hits in the opening frame, stranding the bases full.

The first inning wouldn’t be the only time ETSU left runs on base, as the Bucs stranded 16 runners with 11 of those left in scoring position. ETSU also left the bases full three times. The Citadel left four runners on base.

The Bulldogs (10-39, 3-17) took advantage of the missed opportunities, tying the game in the sixth inning with an RBI single. That run would be the only one to cross that inning, as ETSU worked out of the bases loaded jam with a pair of infield popups. The tie would hold until extras before the Bucs took the lead in the 10th.

Junior Landon Knack (Johnson City) tossed 8.0 strong innings in the no decision, giving up one run on four hits with one walk and five strikeouts on 108 pitches.

Freshman Nathanial Tate (Manchester) took over in the ninth, holding off the Bulldogs to force extras. Tate (3-0) recorded the final three outs with no issues in the 10th to earn the win. The loss went to Bulldog utility player Chas Goodman, who allowed the go ahead runs.

ETSU’s strong pitching to open the series carried over into Saturday’s game, as yesterday’s starter Micah Kaczor (Washington, D.C.) and Knack combined to retire 30 straight hitters. After the former sat down 16 straight to end yesterday’s shutout, the latter took a perfect game into the fifth inning before a two out single snuck through the infield.

Smith led the Bucs with three hits, including a double, while scoring two of the three runs. Jackson Greer (Knoxville) finished 2-for-3 with a double and three walks, one of which forced in the go-ahead run, while Beam and Ethan Shelton (Lebanon) also had two hits. ETSU outhit The Citadel 12-5 in the contest.

The Bucs will look for the sweep on Sunday at noon, as the game has been moved up to avoid potential weather threats. A win in tomorrow’s finale would mark the first road sweep and sixth overall sweep for ETSU this season.