Baseball
Baseball
ETSU at The Citadel | May 12, 2019
BoxscorePlay-by-Play 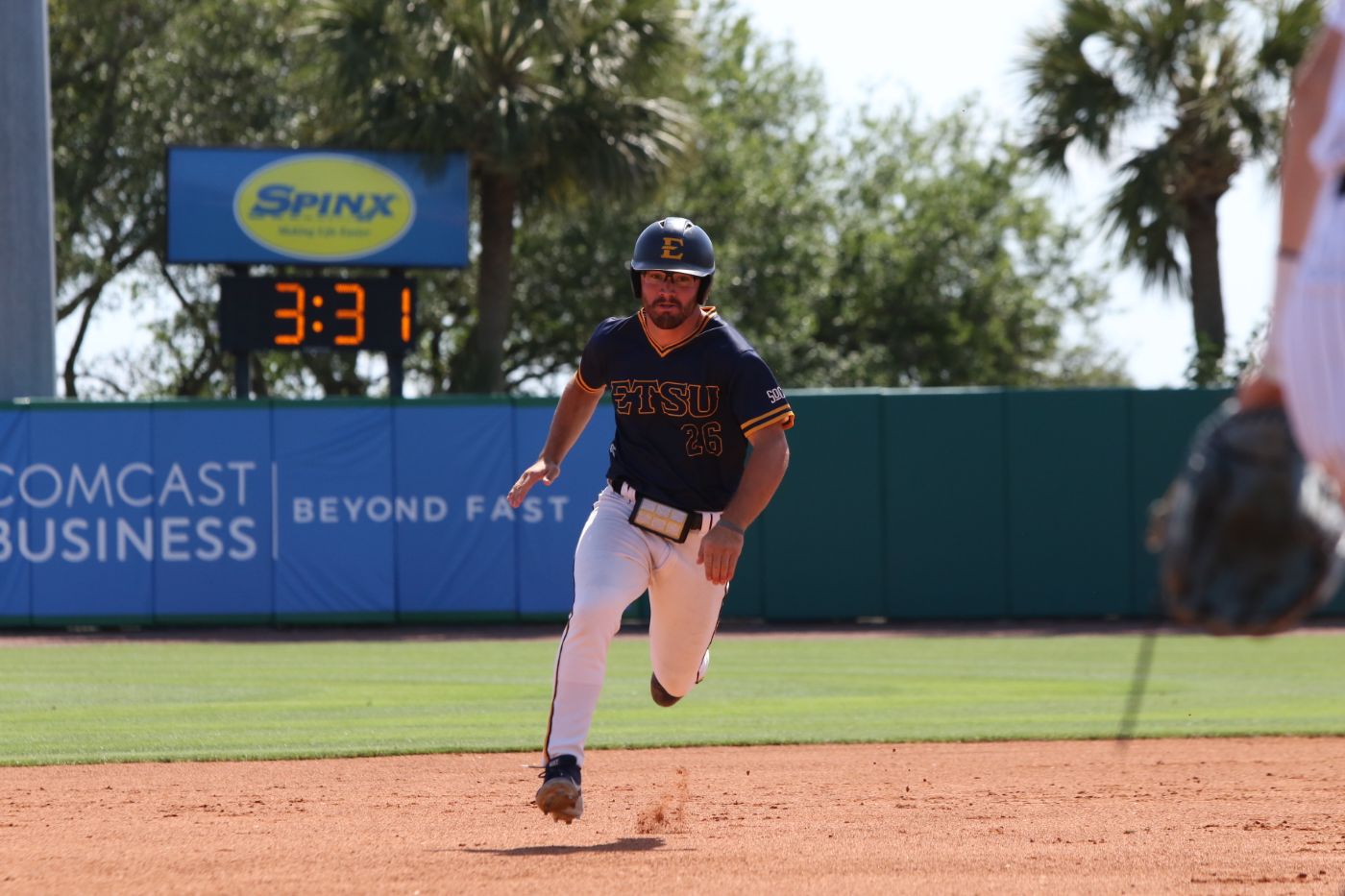 Photo courtesy: The Citadel Athletics
Bucs throttle The Citadel to complete sweep, 9-0
ETSU at The Citadel | May 12, 2019
Related Links

ETSU outscores Bulldogs 16-1 for the series

CHARLESTON, S.C. (May 12, 2019) – ETSU completed its second shutout in three games while piling on the offense to finish a three-game sweep of The Citadel with a 9-0 victory at Joe Riley Park on Sunday afternoon.

Freshman Zach Kirby (Upland, Calif.) finished the shutout with 1.1 scoreless innings pitched before the game was suspended, retiring all four hitters he faced.

The Bucs struck for a run before an hour-long lightning delay temporarily suspended play in the bottom of the second inning. The lone run came from Emmertz, who singled in David Beam (Knoxville) following a leadoff double and an error that allowed him to move up to third.

ETSU came out hot following the delay, as Jackson Greer (Knoxville) caught a runner stealing for the final out. The following inning, ETSU turned on the offense with three straight hits resulting in two runs. Hill drilled a single up the middle to bring home the pair.

In the same inning, Emmertz found his second hit of the day with a double in the gap to score Hill. Two at-bats later, Gilbert hit an RBI single up the middle to extend the lead to 5-0.

After ETSU added runs in the fourth and the sixth, Gilbert came back around in the seventh to drive in his second run of the day for an 8-0 lead. The final run came in the eighth inning off the bat of Jackson Greer (Knoxville), scoring Lyle with an RBI single into left field.

ETSU is now scheduled to host Gardner-Webb on Monday at 6 p.m. for its final midweek contest. The Bucs then conclude the season at Thomas Stadium with a three game set against Samford set for May 16-18.

Monday’s game is ETSU’s Heroes Day promotion, where the team will honor all veterans, active service military, police, firefighters, EMT’s and medical professionals. Anyone in those categories with a valid ID or in uniform will receive one free ticket to the game.

The regular season finale at 2 p.m. is ETSU’s Senior Day Gold Out, as the three seniors on the team will be honored in a special pregame ceremony. Fans are encouraged to wear gold to the ballpark.