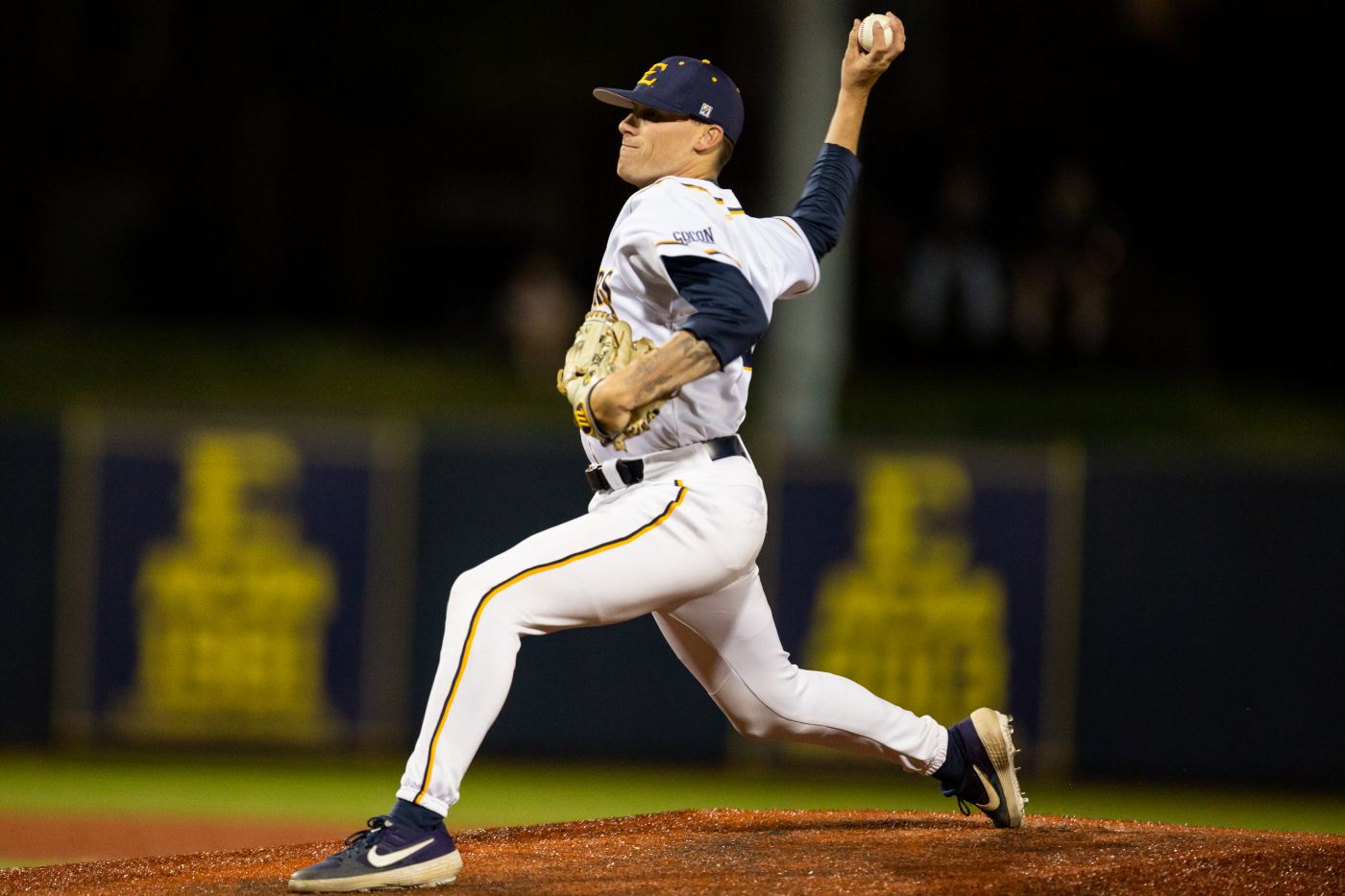 SPARTANBURG, S.C. (May 13, 2019) – ETSU senior pitcher Micah Kaczor (Washington, D.C.) was selected as the Southern Conference Pitcher of the Week for May 6-12, the league office announced Monday afternoon.

Kaczor threw a complete game shutout in a series-opening win over The Citadel this past Friday, going the distance for the first time in his career. In 9.0 innings, he allowed just three hits and only five base runners the entire game.

The senior ace from Washington, D.C. allowed just one walk while striking out eight in the 4-0 win. He was the first ETSU pitcher this season to toss a complete game, while becoming the first Buccaneer since 2017 to finish a complete game shutout.

The award is Kaczor’s second career weekly honor, as he earned the accolade on opening weekend in 2018 for his debut as a Buc for striking out 12 batters with only two hits allowed in 6.0 innings against Northern Kentucky.

Kaczor (6-1) currently leads all starting pitchers in the SoCon with a 1.84 ERA and is second in innings pitched at 88.0. Nationally, he ranks 17th in ERA and bolsters an ETSU staff that ranks 14th in all of D1 Baseball with a 3.40 ERA.

Kaczor and the Bucs wrap up the regular season this weekend against Samford May 16-18, beginning Thursday night at 6 p.m.