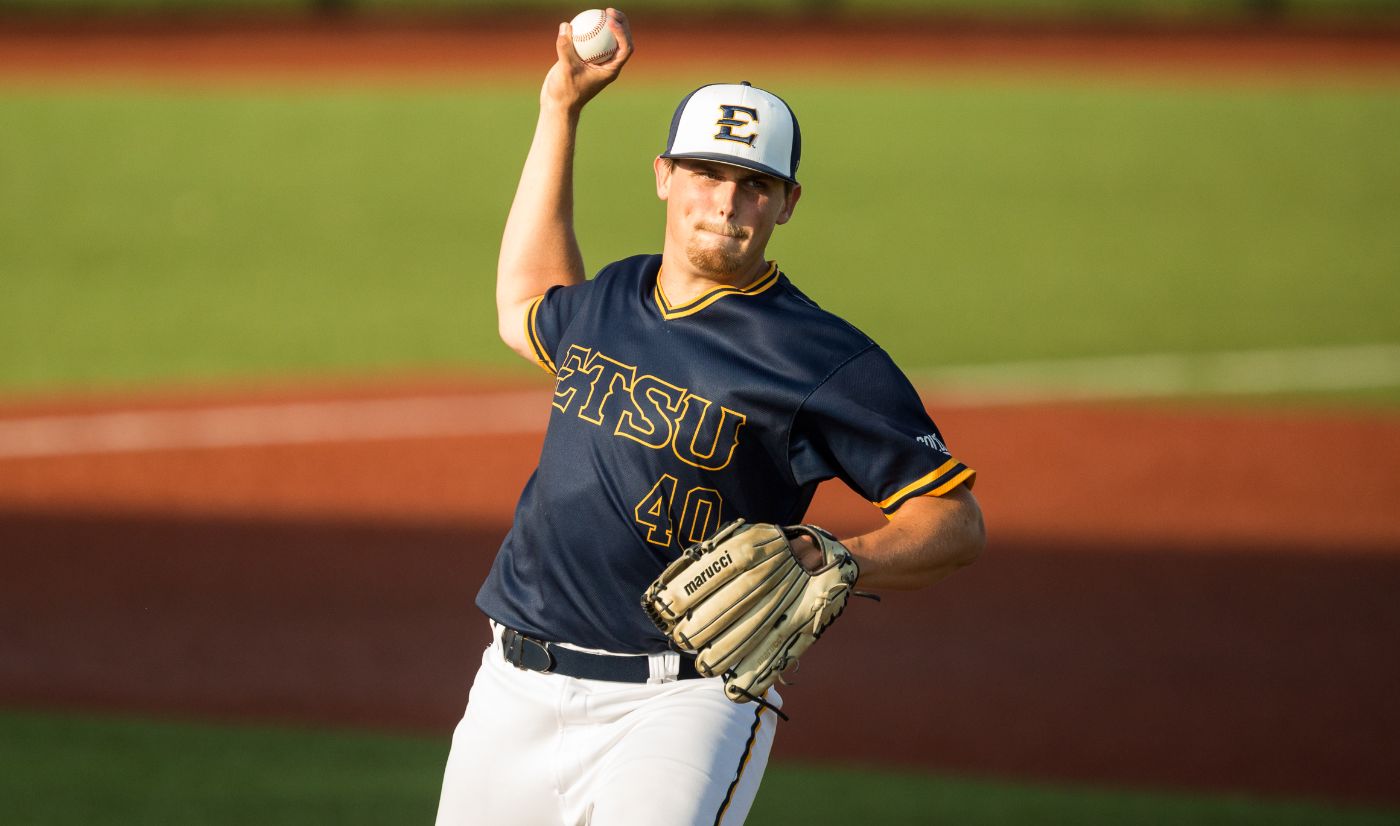 ETSU evens series behind strong pitching by Knack and Tate

JOHNSON CITY, Tenn. (May 17, 2019) – ETSU baseball pulled off one of its best wins of the season Friday night at Thomas Stadium, leveling a three game series against the Samford Bulldogs with an exciting 2-1 win.

The Bucs (32-18, 11-11) needed just two runs to knock off the regular season conference champion Bulldogs (38-17, 18-5), thanks to the pitching duo of Landon Knack (Johnson City) and Nathanial Tate (Manchester).

Knack (9-3) tossed six scoreless innings for the win, giving up just three hits with one walk and eight strikeouts. Tate earned the save with his longest career outing, shutting down Samford with one run allowed on two hits. He had five strikeouts, giving ETSU 13 for the contest.

They outdueled Samford ace Zach Hester (7-4), who allowed one run in his two innings limited by pitch count to take the loss. Five other pitchers took the mound after Hester.

It only took two at-bats for the Bucs to take the first inning lead, as leadoff man Cullen Smith (Lebanon) and two-hole Noah Hill (Ringgold, Ga.) each roped doubles into left field to get ETSU on the board.

The next run wouldn’t come until the bottom of the sixth, as with the bases loaded and two outs, Lyle lined a single into left field to bring in Ethan Cady (Soddy Daisy). ETSU tried to add one more from second, but the runner was out at the plate.

Samford attempted to build on that momentum in the seventh with Tate entering for Knack, hitting a single and a double right away to reach runners in scoring position. A sacrifice fly brought home one of those runs to make it 2-1.

With two outs and runners on second and third, representing the tying and go-ahead runs, sophomore David Beam (Knoxville) robbed Branden Fryman of an extra base hit with a diving grab near the warning track, preserving the one run lead.

Tate then struck out the side in the eighth and retired three more in a row to slam the door.

ETSU now looks to take the series on Saturday afternoon at 2 p.m. for the regular season finale. Tomorrow is senior day at Thomas Stadium, as ETSU honors its three seniors prior to the game. The finale is also a Gold Out, as fans are encouraged to wear gold to the game.