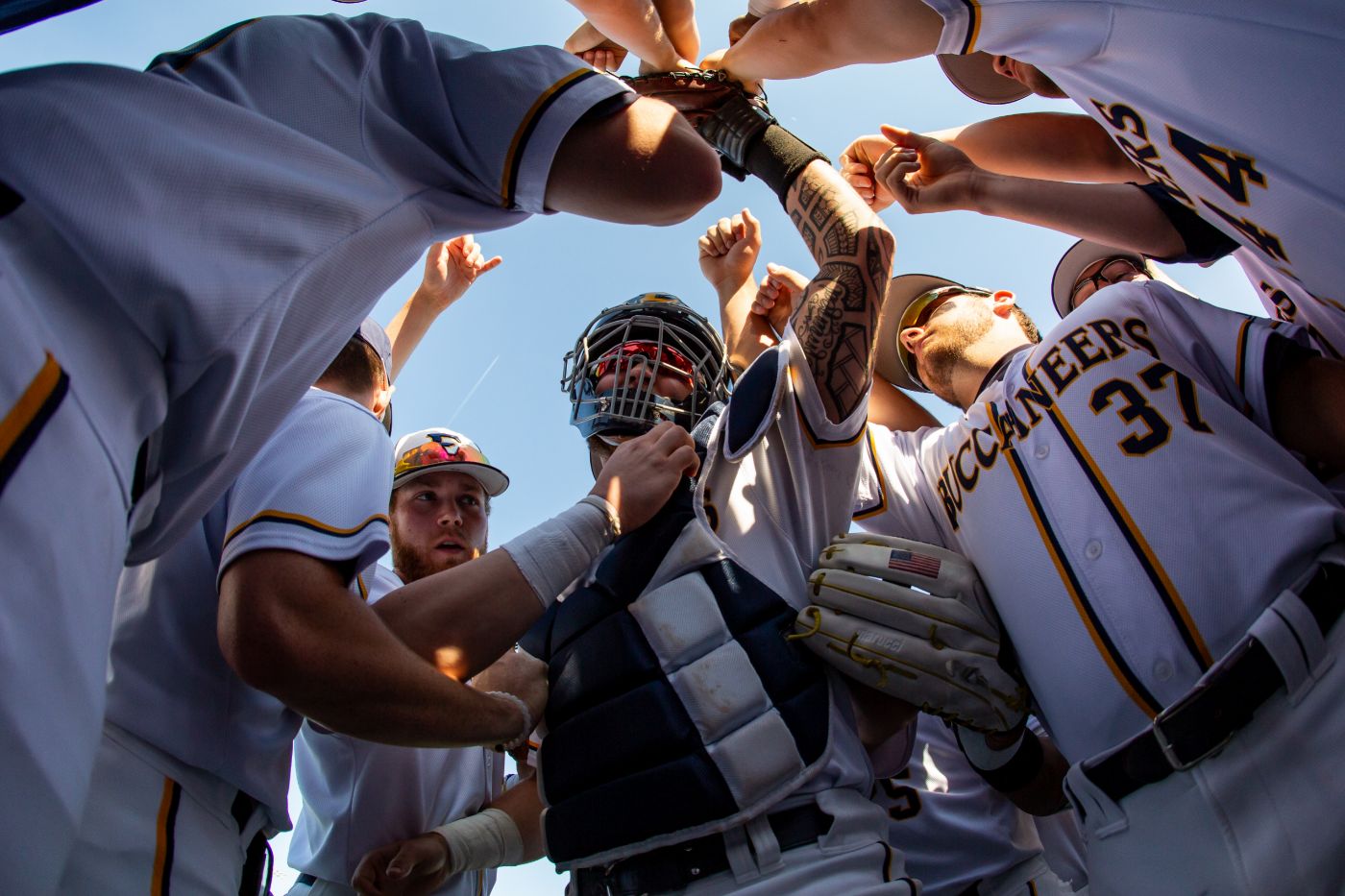 GREENVILLE, S.C. (May 21, 2019) – The ETSU baseball team begins its quest for a Southern Conference Championship this week, as the No. 6 Bucs open with No. 3 UNCG on Wednesday at 4 p.m. at Fluor Field in Greenville, S.C.

For the second straight season, ETSU will start as the No. 6 seed and open play during the second half of the day.

Each contest will be streamed on the SoCon Digital Network with the exception of Sunday’s championship final, which will air on ESPN+. Live stats are available for all games.

The Bucs are 5-7 in tournament play since rejoining the conference in 2015. The Bucs have not won a tournament title in the SoCon, but own two regular season championships each from 1980 and 1981.

The last time ETSU won a tournament title was in 2013 as a member of the ASUN Conference. In that tournament, ETSU went 4-0 and knocked off Kennesaw State in the final. ETSU also defeated No. 1 seed Mercer in extra innings during that tournament.

ETSU’s best SoCon tournament run came in 2017, as the Bucs won three games to finish third place. Last season, ETSU went 1-2 with an extra inning loss to No. 3 Wofford, a win the next day to eliminate No. 7 Furman, then an elimination loss to No. 9 Western Carolina.

*Tournament records since ETSU rejoined the conference in 2015

ETSU has clinched their third straight winning season this year, doing so for the first time since 1981-83. Furthermore, Pennucci surpassed last season’s win total of 28 at The Citadel on May 10, as he now has 32 this season.

ETSU has a 22-9 record at home this season, its best home start in Thomas Stadium history.

ETSU received votes for the first time under Joe Pennucci on March 25, earning six votes in the USA Today Coaches’ Poll following a seven-game win streak and a victory over No. 23 Tennessee. The following week (April 1), ETSU collected one vote for the Top 25.

As a team, ETSU is batting .278 with 40 homers. The Bucs have been powered by their pitching this season, holding a team-ERA of 3.42 to lead the SoCon and rank 10th nationally.

ETSU has used 13 pitchers this year. Among those pitchers are weekend starters Micah Kaczor (Washington, D.C.), Landon Knack (Johnson City) and Daniel Sweeney (Johnson City) who combine for a 21-8 record and each have ERA’s that rank top 10 in the SoCon.

Kaczor is the ace of the staff, recently being named the NCBWA National Pitcher of the Week on May 14 after throwing a three-hit, complete game shutout at The Citadel. He leads all starting pitchers in the conference and ranks 18th nationally with his 1.94 ERA.

Knack is among the national leaders in wins with an 9-3 record and over the last two seasons owned a 21 game win streak on the mound — 13 wins at Walters State Community College and eight straight at ETSU to open the season.

Sweeney, a redshirt senior, has locked down the Sunday role with 12 starts under his belt. The veteran from Johnson City ranks top-10 in the conference for many categories, including third in strikeout to walk ratio (5.83 — 23rd in NCAA D1).

Offensively, junior infielder Cullen Smith (Lebanon) and junior catcher Jackson Greer (Knoxville) both are batting above .300 to lead the Bucs. Conference wise, both rank top 10 in on-base percentage and combine for 28 doubles, 16 homers and 68 RBI.

UNCG had six players earn all-conference honors, including the SoCon Coaches’ Pitcher of the Year Chad Sykes. Sykes, a reliever, is the national leader in ERA at 0.84 through 52.0 innings while ranking second in the conference with 11 saves.

UNCG swept ETSU in the regular season series, taking all three games by narrow margins (7-4, 4-2, 5-4). In tournament play, UNCG owns a victory in the only matchup so far, which came back in 2017 during a winner’s bracket game. The final score was 6-4, as ETSU left the go-ahead run at the plate.