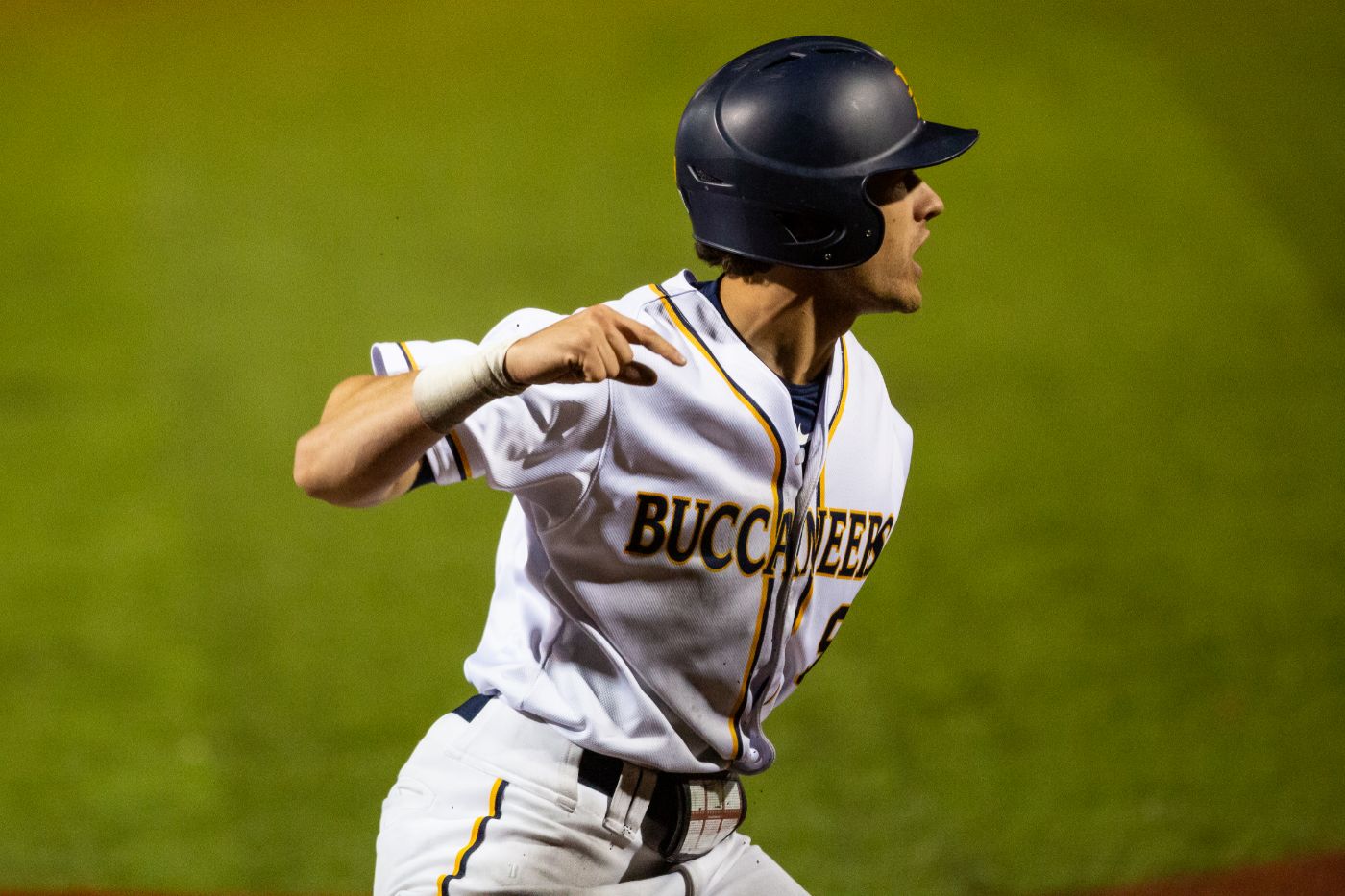 GREENVILLE, S.C. (May 22, 2019) – A three run fifth inning would be all No. 6 ETSU needed to open the 2019 Southern Conference Baseball Tournament on Wednesday, as strong pitching led the Bucs to a 4-2 win over No. 3 UNCG at Fluor Field in Greenville, S.C.

With the win, the Bucs (33-19) will move to the winner bracket and play Thursday at 7:30 p.m. ETSU will await the winner of No. 2 Wofford and No. 7 VMI, which will be determined in the Wednesday nightcap.

Senior ace Micah Kaczor (Washington, D.C.) had his 11th quality start of the season to earn the win, giving up two runs while striking out 10 hitters without a walk in 6.2 innings. Furthermore, Kaczor (7-2) allowed just two hits over the first six scoreless innings before UNCG (33-19) had four straight hits in the seventh.

Freshman Nathanial Tate (Manchester) entered with the 4-2 lead and recorded the final out of the seventh inning. He would go on to earn his third save of the season, doing so in 2.1 innings with three strikeouts to cap off his tournament debut. Austin Koehn (4-3) took the loss for UNCG with three runs allowed in 4.1 innings.

In a low-scoring contest, the offense of junior shortstop Jake Lyle (Spring Hill) made the difference. Lyle went 2-for-4 with a solo homer and an RBI single. He also accounted for two of the four ETSU runs, sliding safely at the plate on a squeeze but by Markell Graham (Atlanta, Ga.) before scoring again on the homer.

Lyle’s seventh inning solo homer gave ETSU a more comfortable lead, but an RBI single by UNCG’s Jacquez Koonce during the bottom half cut the lead in half. Tate walked the leadoff hitter in the eighth, but would retire six straight after that to seal the win.