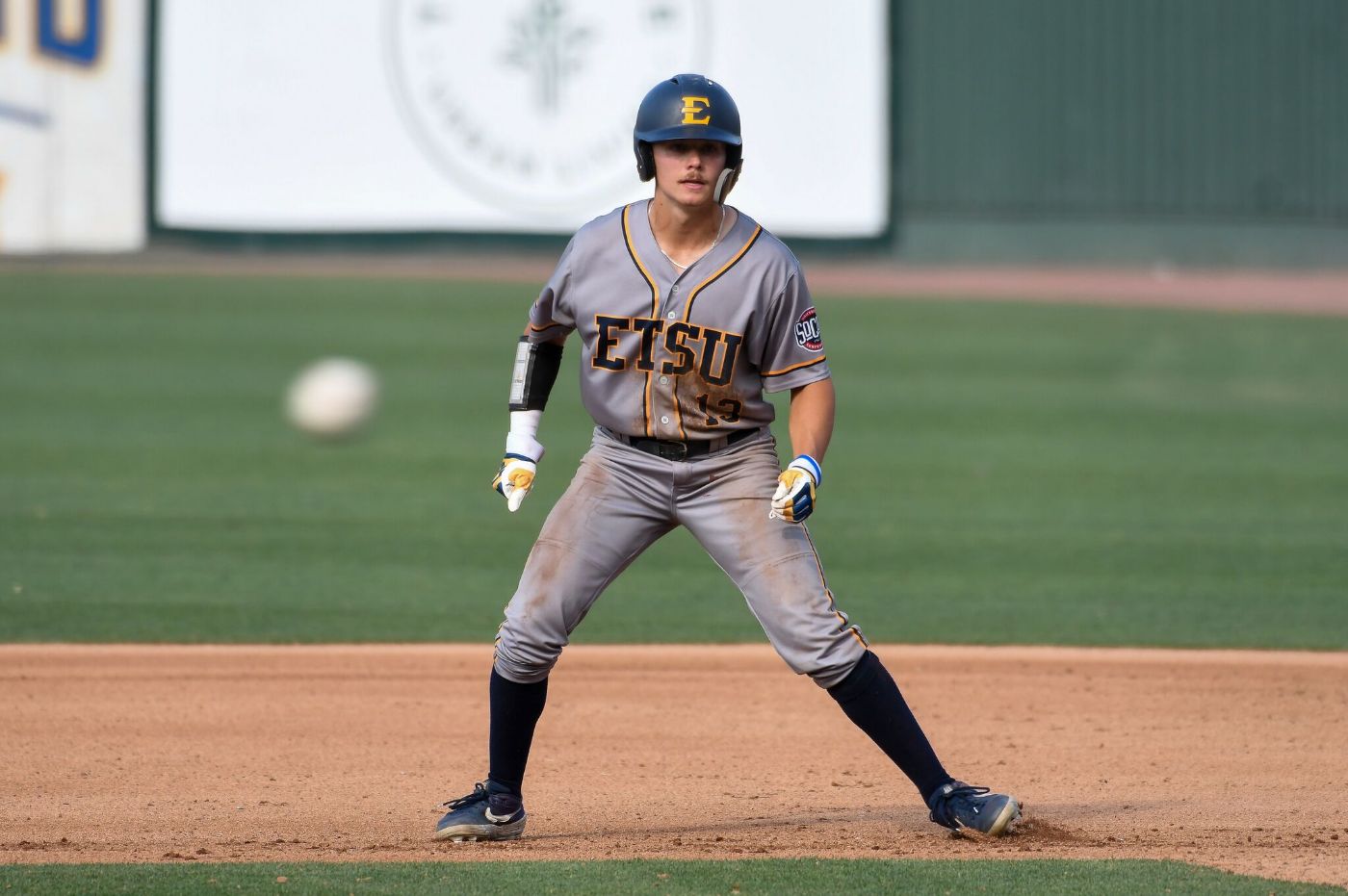 With the loss, ETSU moves to the loser’s bracket and will take on No. 5 Furman in an elimination game set for Friday night at 7 p.m.

Junior pitcher Landon Knack (Johnson City) and Wofford’s SoCon Freshman of the Year Hayes Heinecke (10-2) went head-to-head in the nightcap, as neither team allowed a hit until Noah Hill (Ringgold, Ga.) had a base knock in the bottom of the third. Knack (9-4) took the loss despite 8.0 strong innings.

Knack allowed just two runs, one earned, off a season high 130 pitches. He gave up just five hits with one walk and eight strikeouts.

The Bucs were led by David Beam (Knoxville) with a pair of hits. Jackson Greer (Knoxville), Jake Lyle (Spring Hill) and Markell Graham (Atlanta, Ga.) each doubled in the contest, with Lyle’s accounting for the lone RBI.

Wofford’s first hit would allow the first run, as an RBI double by Colin Davis brought home an unearned run in the fourth. The run was scored by the leadoff hitter, who reached on a throwing error at shortstop and moved to second in the next at-bat on a groundout.

ETSU had a tough break the following frame, as Beam led off with a single and moved over on a sacrifice bunt. Sophomore Sean Kearney (Powell) nearly placed a blooper off the right field line to drive in the tying run, but it was deemed slightly foul and Wofford went on to record the final out.

Lyle would come up big for the second game in a row, as his RBI double down the left field line brought home Beam all the way from first base to tie the contest in the sixth. Wofford would regain the lead with Davis’ solo homer in the seventh inning.

ETSU reached the tying and go-ahead runs in scoring position with nobody out in the eighth, as Greer gapped a double off the right center wall for his 100th career hit. Wofford reliever Rasesh Pandya came into pitch and stranded the runners on base with three strikeouts. ETSU was unable to keep the game alive in the ninth as Pandya earned his second save.

Last season, ETSU fell into the loser’s bracket with a one-run loss to Wofford and went on to eliminate Furman from the tournament.