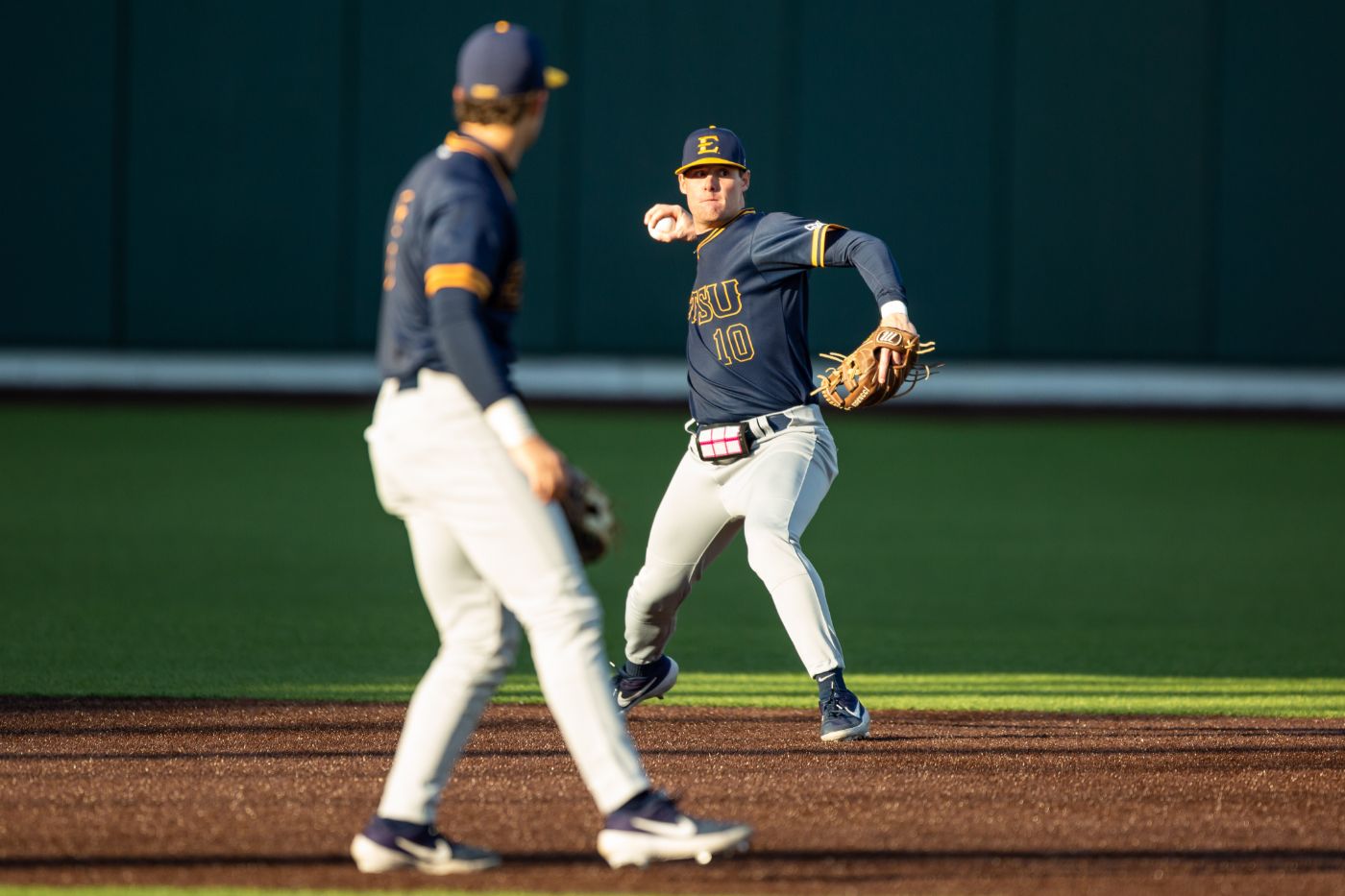 Mercer (32-27) advances to take on No. 1 Samford in Saturday’s nightcap as two of the final three teams remaining. The winner will earn a berth to the conference final vs. No. 2 Wofford on Sunday. No. 6 ETSU finishes fourth in the tournament.

Both teams found offense in the contest, as each team had 14 hits. ETSU had six hitters record two hits, with all but one hitting safely in the contest.

Freshman Ethan Shelton (Lebanon) went 2-for-4 with a double and four RBI to lead the Blue and Gold. Trevor Austin and Colin Price combined for seven of Mercer’s 14 hits with Price hitting two homers.

Mercer’s Taylor Lobus (1-0) was credited with the win, pitching 3.1 innings and striking out two. Jackson Kelley recorded his first save of the season. Promising freshman Colby Stuart (Elon, N.C.) finishes with a 3-4 record, taking the loss with five runs in 2.2 innings of work.

The Bears took an early 2-0 lead in the second frame, but ETSU answered right back to tie the game the next half inning. An RBI groundout by Shelton and an RBI infield single from Cade Gilbert (Ringgold, Ga.) evened the score. Leadoff singles from David Beam (Knoxville) and Jake Lyle (Spring Hill) supplied the baserunners.

Mercer then took a 5-2 lead with a pair of homers in the third inning. The Bucs did not answer immediately, but did come back with a pair in the fourth inning with Shelton and Gilbert once again getting RBI hits.

Shelton doubled deep into center field to bring home Lyle for a second time, but was caught between second and third attempting to extend to a triple at an occupied base. Colby Emmertz (Hampstead, N.C.) stood on third after the double and came home on Gilbert’s second RBI single of the day.

Back-to-back RBI doubles by Trevor Austin and Bill Knight allowed Mercer to extend the lead to 7-4 in the sixth.

Junior Jackson Greer (Knoxville) hit a leadoff bomb in the seventh inning, clearing the Green Monster at 401 feet for his 10th homer this season. An RBI triple by Austin in the eighth re-extended the lead for Mercer, as Austin fell a homer short of the cycle with a 4-for-4 day.

The Bears added insurance in final two frames to make the score 11-5, but ETSU made one final push. Following three walks to load the bases with one out, Shelton hit an RBI single to make it 11-7. ETSU threated with the tying run on deck, but could not score.

Senior ace Micah Kaczor (Washington, D.C.) made his final appearance, but first relief appearance, for the Bucs in the seventh and eighth innings. After allowing two runs, Kaczor ends his season with a 2.13 ERA — which ranks second in ETSU single season history behind Jeff Brintle (1981) at 2.04.

Furthermore, Kaczor ends his two-year career with a 3.42 ERA, which also ranks second among all-time Bucs for career ERA behind Jeff Andrews (1978-81) at 3.40.