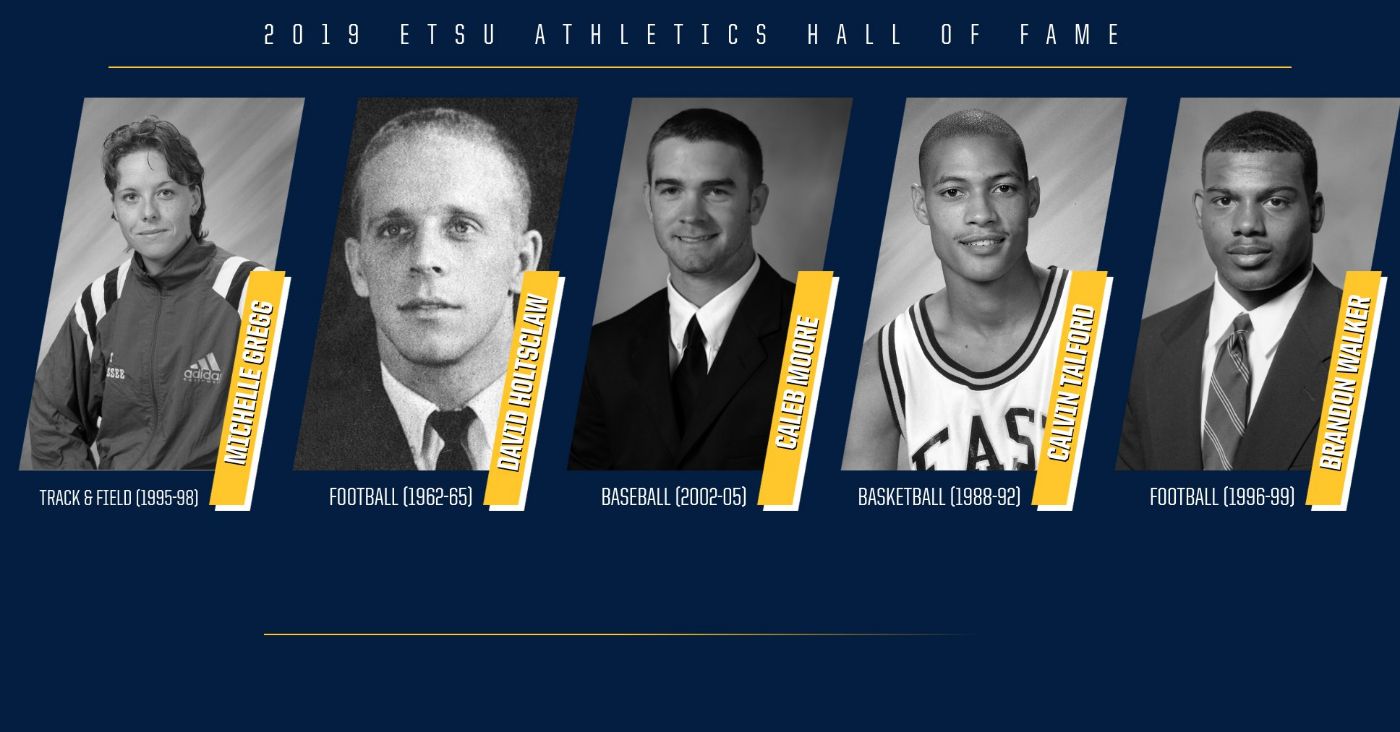 JOHNSON CITY, Tenn. (Aug. 1, 2019) – The East Tennessee State University Department of Intercollegiate Athletics announced Thursday the names of five former Buccaneers who will make up the 2019 induction class into the ETSU Athletics Hall of Fame.

“It is an honor to welcome these extraordinary Buccaneers into the 2019 class of the ETSU Athletics Hall of Fame,” said ETSU Athletic Director Scott Carter. “These individuals have set a standard of excellence for all that follow them. Our university and athletics program look forward to the weekend of September 20-21, 2019, when we formally induct these tremendous athletes into the Hall of Fame and celebrate their storied careers as ETSU Buccaneers.”

Together this group of athletes represents over four decades of competition and accumulated five All-Americans, 11 team championships, 10 individual championships and 10 all-conference selections. The class highlights Buccaneers from the state of Tennessee, the region and the world.

For more information on the 2019 Hall of Fame, visit ETSUBucs.com. Below are bios on each inductee.