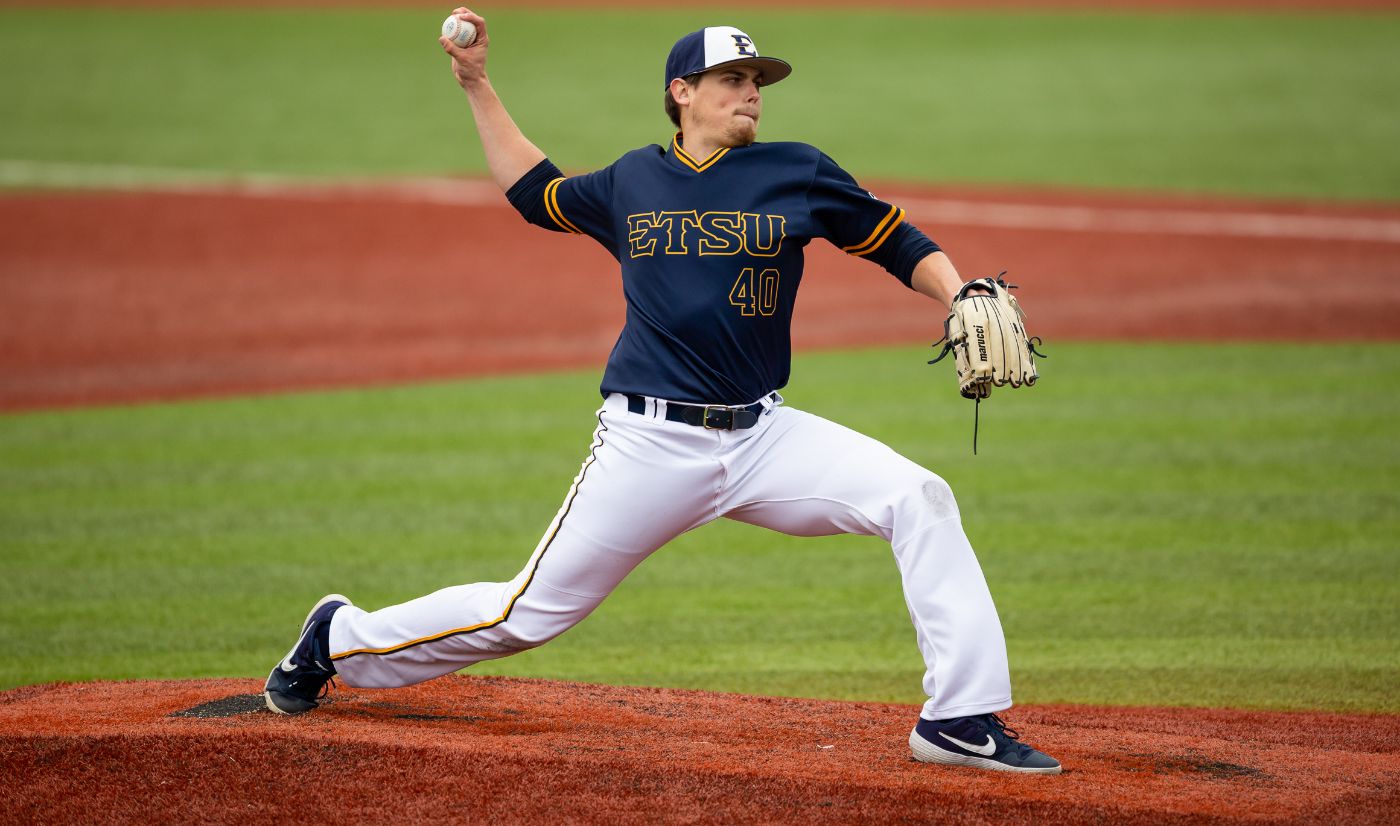 JOHNSON CITY, Tenn. (Feb. 13, 2020) — The ETSU baseball team is set to begin its 2020 season at Thomas Stadium against the Toledo Rockets this weekend.

Friday’s game will be streamed on the SoCon Digital Network with Mike Gallagher on the call. CLICK HERE FOR LIVE VIDEO.

PROMOTION
The Bucs will be giving away Beanies sponsored by Pepsi to the first fans in attendance on Friday.

ABOUT ETSU
The Bucs enter 2020 after concluding last season with a 34-21 record and an 11-12 record in the SoCon. The Bucs are led by head coach Joe Pennucci who is in his third season at the helm of Buccaneer baseball. The 33-man roster consists of 14 newcomers and six true freshmen. The Bucs will open their campaign at home for the 10th straight season and hold a 6-3 record in that span.

IT'S OPENING DAY!
In both of Coach Pennucci's seasons at ETSU, the Bucs have won both opening day matchups with scores of 6-2 and 4-3, respectively. Over the last 35 years, ETSU holds a 13-21-1 record on the first day of the season. Since the turn of the century in 2000, the Bucs are 9-10. The current active streak of three opening day wins is the longest in program history.

IT'S BEEN A LONG TIME — SERIES HISTORY
The Bucs and the Rockets have not faced off in over 20 years with their last and only meeting coming on March 11, 1999. In that meeting the Bucs won 4-3 with Reid Casey getting the win and Jeremy Griffiths picking up a loss after tossing an eight-inning complete game for the Rockets. In that game, the teams left a combined 21 runners on base. Former Buccaneer great, Brandon Eierman finished the game 3-for-3 with a walk and a double shy of the cycle.

ABOUT TOLEDO
Toledo finished 2019 17-36 and 4-21 in the Mid-American Conference. The Rockets have brought in a new head coach, Rob Reinstetle and have a squad consisting of 18 newcomers. Of the teams’ 18 newcomers, seven are true freshman. Reinstetle comes to Toledo as a first-year head coach after nearly 15 years of experience as an assistant coach at seven different programs which include Cincinnati, College of Charleston, Ole Miss and most recently, Western Kentucky. In his stint with College of Charleston from 2004-05, he faced ETSU six times and holds a 6-0 record against the Bucs.

Toledo was picked to finish last in the MAC in D1Baseball’s preseason poll and the MAC coaches projected the Rockets to finished ninth of 11 teams. Layne Schnitz-Paxton leads the Rockets on the mound as the only returning pitcher scheduled to start over the course of the weekend. In 2019, Schnitz-Paxton held a 2-6 record with 11 starts and 61.1 innings of work. He struck out 47 batters, allowed 31 walks and 29 earned runs for an ERA of 4.26.

The other two arms for the Rockets are newcomers to Toledo’s squad. Nicky Winterstein, Saturday’s projected starting pitcher is a transfer from Francis Marion University and made two relief appearances in 2019 and held a 27.00 ERA in 1.1 innings of work. Jordan Power, the Sunday starter held an 8-3 record in seven starts at Chattanooga State Community College last year. With 72.2 innings under his belt, he struck out 85 batters and held a 3.47 ERA.