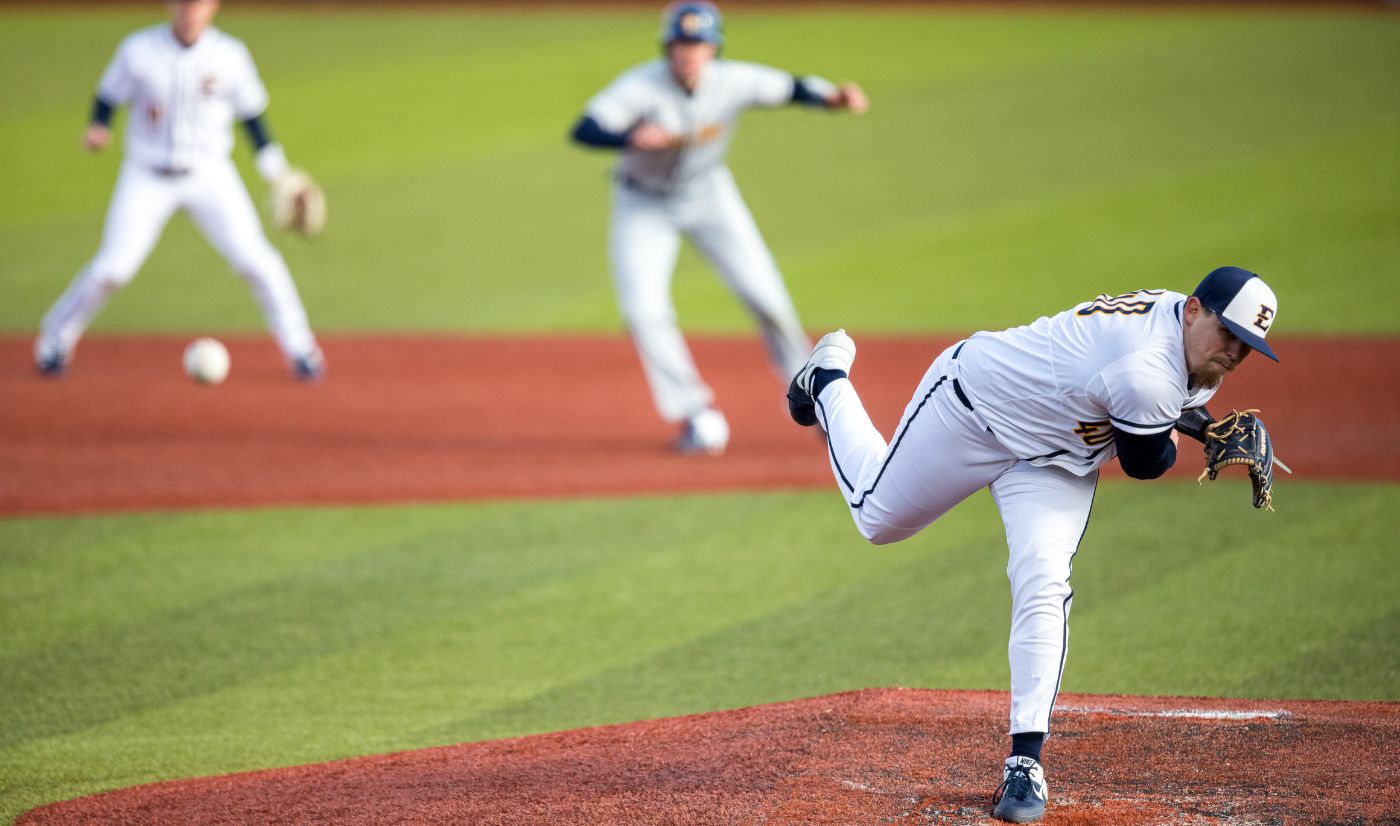 JOHNSON CITY, Tenn. (Feb. 14, 2020) — The ETSU baseball team opened their 2020 campaign with a 6-2 victory at Thomas Stadium over the visiting Toledo Rockets. Senior starting pitcher, Landon Knack (Johnson City, Tenn.), pitched five shutout innings for the Blue and Gold and struck out 11 batters on the mound.

In the bottom of the third, the Bucs got their second two-out bases loaded opportunity of the game and Cade Gilbert (Ringgold, Ga.) came through with a 2-run single through the right side of the infield to score Ben Jackson (Guyton, Ga.) and Jake Lyle (Spring Hill, Tenn.) to give the Bucs their first runs of the new season.

The Bucs’ next scoring opportunity came in the bottom of the fourth as Jackson Greer (Knoxville, Tenn.) came to the dish with two on and two out. The senior catcher reached on a throwing error by the Rockets shortstop to extend ETSU’s lead to three.

Knack was dealing in his final Opening Day start of his Buccaneer career and had a no hitter through four with nine strikeouts. He finished with five innings of work, 11 strikeouts, two hits and a walk. Matthew Mercer (Chattanooga, Tenn.) entered the game in relief in the sixth and the Rockets put a run on the board with a homer to center field. In the top of the seventh, the Rockets had another scoring chance with runners on second and third, but a grounder to Lyle ended the threat as he gunned down the runner at the plate.

In the ninth, Toledo logged their second run of the day via a solo shot to right to shorten ETSU’s lead to four. With two on and one out, Coach Pennucci brought on Daulton Montagna (Pennsville, N.J.) who walked away with a two-out save.

Stat of the game
Landon Knack tied his career-high with 11 strikeouts which is the second time in 10 years a Buccaneer logged double-digit strikeouts in an Opening Day start (Micah Kaczor, Feb. 16, 2018).

Notables
» With the win, the Bucs have won four straight Opening Day contests which continues the longest Opening Day streaks in program history. ETSU is 10-10 since the turn of the century.
» Lyle’s three stolen bases are one shy of the program record set by Jeremy Taylor on April 15, 2015. With his two hits, he extended his hitting streak to seven straight games, a team high.
» Knack’s two-hit outing is the lowest in his Buccaneer career. He struck out seven of the nine Rockets in the starting lineup.
» The Bucs totaled 11 free passes offensively with seven walks and four players hit by a pitch.
» ETSU’s four pitchers combined for 15 strikeouts which is the most for the team in nearly two years when the Bucs fanned 15 on Opening Day 2018 facing Northern Kentucky.

Up next
The Blue and Gold continue their three-game series with the Rockets tomorrow afternoon. First pitch is slated for 2 p.m.