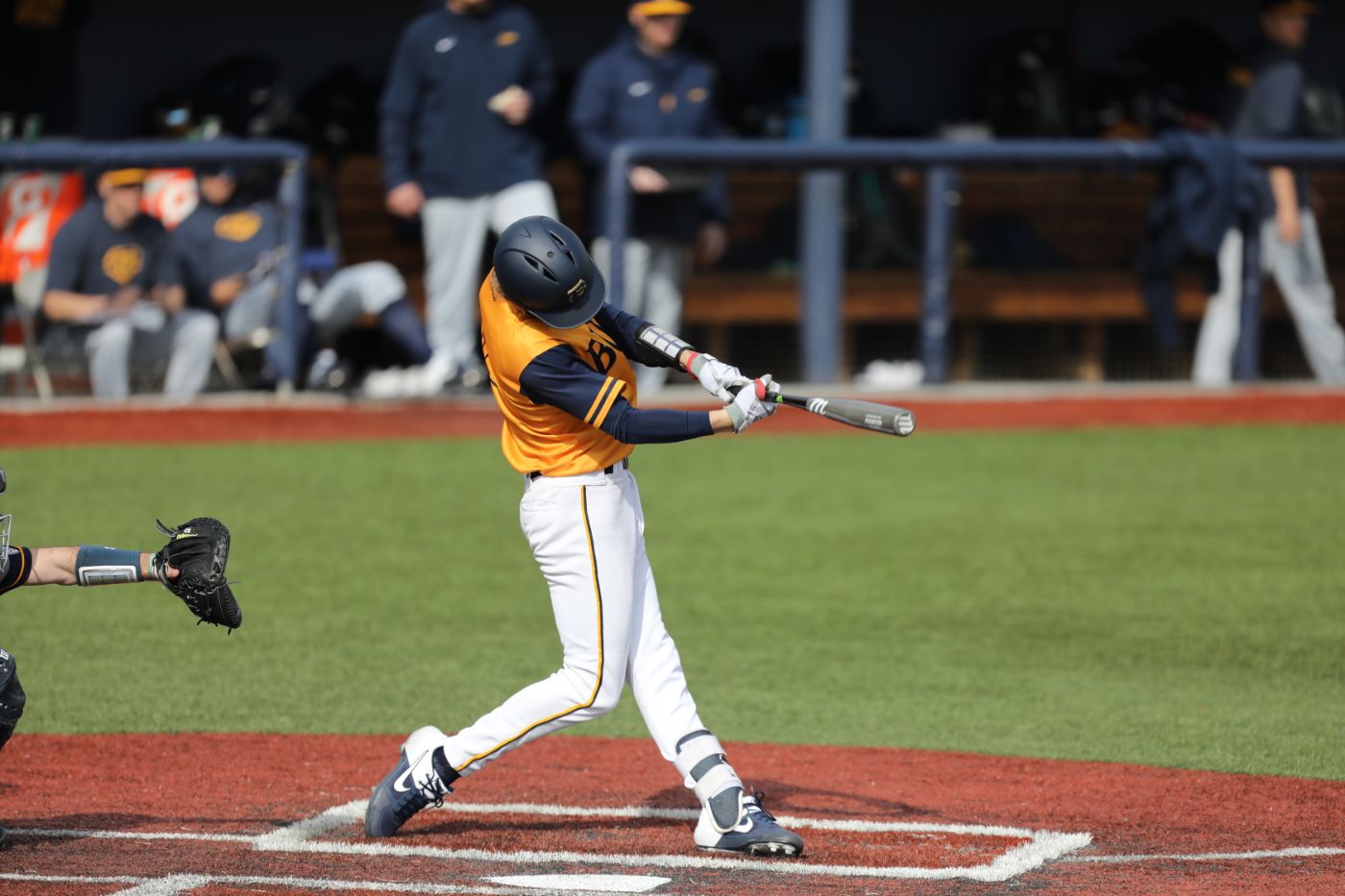 BLACKSBURG, Va. (Feb. 18, 2020) —After an hour and a half delay due to weather, ETSU’s baseball team traveled north to face the Virginia Tech Hokies and fell 10-3 in their first road contest of the season.

The Hokies got on the board first with an RBI single in the second. In the same inning, Virginia Tech added eight unearned runs after a Buccaneer error with two outs.

ETSU got on the board in the top of the third with a two-out RBI double off the bat of Noah Hill (Ringgold, Ga.), scoring Drew Haynie (Brentwood, Tenn.) to cut their deficit to eight.

In the bottom of the sixth, Tech added a run with a solo shot to right to put the score at 10-1. The Bucs were able to get back in the run column in the top of the seventh as Ben Jackson (Guyton, Ga.) singled to center and came around to score after the center fielder let the ball go under his glove and roll to the wall.

In the eighth, Hill recorded his second double of the day and later scored off of a Jake Lyle (Spring Hill, Tenn.) RBI single to cap off the three-run day for the Blue and Gold.

Stat of the game
After walking seven times in each of the first two games of the season, the Bucs have recorded just one walk in each of the last two contests.

Notables
» Tucker Rogers (Raleigh, N.C.) came in relief with two outs in the second and threw 4.1 innings and allowed one run and four hits, striking out five batters.
» Lyle and Hill registered a hit for the fourth straight game to start the season.
» In his first start of the year, Haynie logged his first career hit as a Buccaneer.
» ETSU’s pitching staff has registered 10 or more strikeouts in three of their four games this season.

Up next
The Bucs are back in action this weekend as they host Rider at Thomas Stadium. First pitch on Friday is set for 4 p.m.