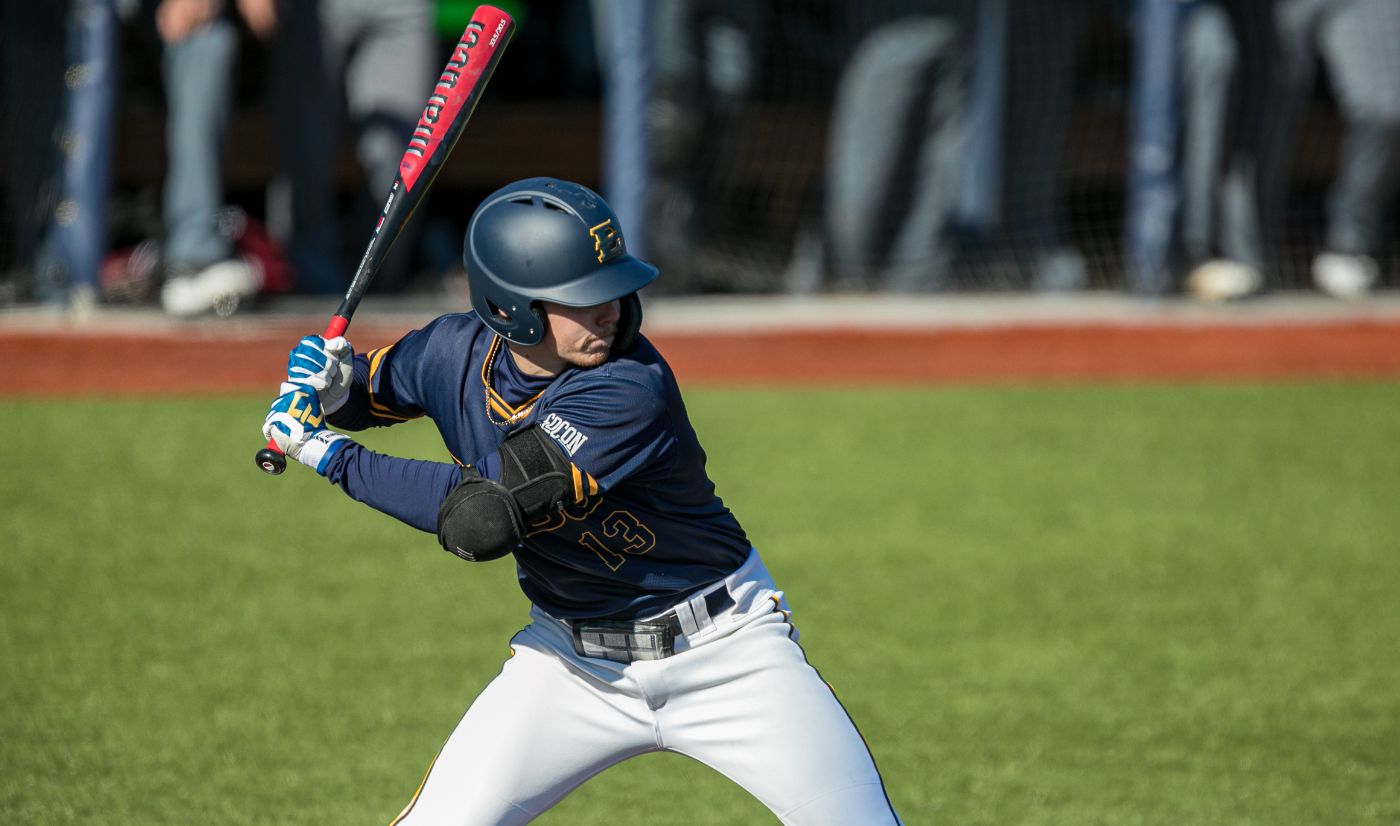 JOHNSON CITY, Tenn. (Feb. 22, 2020) — After their first shutout win of the season, the ETSU baseball team was unable to keep their scoreless streak alive after the Rider Broncs struck early in Saturday’s contest. The Bucs fell to Rider 7-4 after their late-inning comeback fell short.

The Broncs tallied three runs in the first two innings after combining for four hits in the first two frames, more than they had in the entire game yesterday. The Bucs were still looking for their first hit in the bottom of the third with two outs and then Drew Haynie (Brentwood, Tenn.) came through. He drilled a line drive over the left field wall to put the Bucs on the board and decrease Rider’s lead to two.

Rider got the run back in the fourth on a sacrifice fly. The Broncs brought across two more in the seventh after they had the bases loaded with no one out. The Bucs limited the damage with a double play to get the Blue and Gold out of the inning. After the Broncs added their last run of the game in the eighth, the Bucs’ offense began to come alive.

The Bucs added a run in the bottom of the eighth with a Noah Hill (Ringgold, Ga.) RBI single, scoring Ethan Cady (Soddy Daisy, Tenn.). In the ninth, ETSU doubled its run total as David Beam (Knoxville, Tenn.) doubled to right to log the first RBIs of the season for the junior.

Stat of the game
Beam logged two RBIs in today’s game with his double in the ninth. He had four multi-RBI games in 2019.

Notables
» Beam’s ninth inning two-out double was his first hit of the season after his first start of the season this afternoon.
» Jake Lyle extended his team-best hitting streak to six games.
» Ben Jackson and Hill extended their reached-base streak to six.
» Haynie has recorded a hit in all three of the games he has started.
» Rider’s starter tossed 97 pitches and allowed one run and three hits over the course of seven innings on the mound.
» ETSU’s four errors doubled their season total.

Up next
The Blue and Gold conclude their three-game series with Rider tomorrow afternoon at Thomas Stadium. First pitch is slated for 1 p.m.