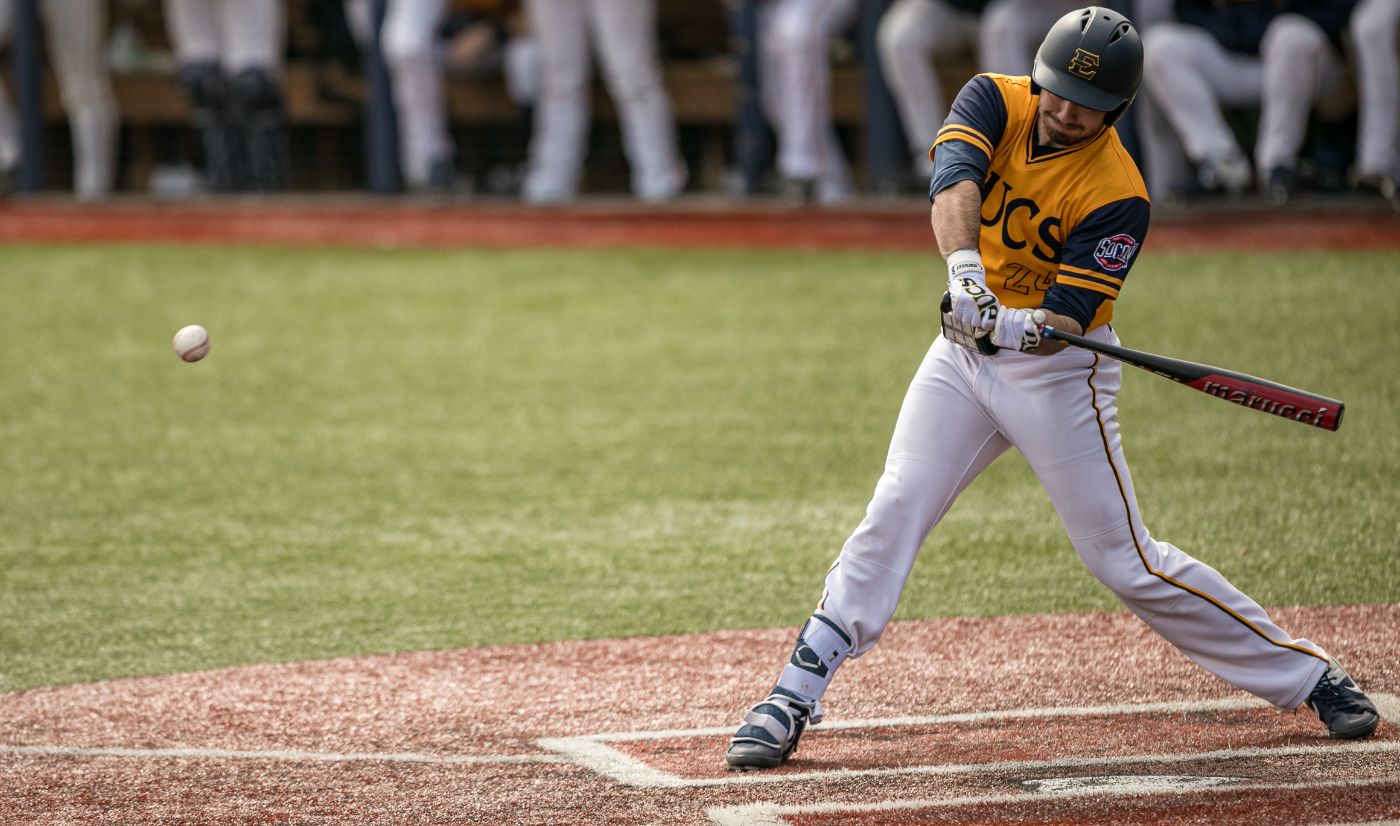 JOHNSON CITY, Tenn. (Feb. 23, 2020) — The ETSU baseball team won its second consecutive series to open their 2020 campaign with a 10-4 victory over the visiting Rider Broncs. The Bucs earned eight of their ten runs in the first frame.

The Broncs had two runs in the top of the first before the Bucs recorded an out and then the Broncs added two more runs before the third out of the frame. The offensive production didn’t stop in the bottom half as the Blue and Gold put together eight runs on seven hits. The Bucs got it going with a Noah Hill (Ringgold, Ga.) leadoff double to the center field wall. After a walk, Jackson Greer (Knoxville, Tenn.) delivered a single to center to plate hill. After a few singles and walks, Ethan Cady (Soddy Daisy, Tenn.) delivered to tie the game with a two-run triple to deep center. The Bucs got their final two runs of the inning off of a Hill single and Jake Lyle (Spring Hill, Tenn.) double.

ETSU’s production continued in the middle of the game with a homerun off the bat of Drew Haynie (Brentwood, Tenn.), his second of the weekend. In the sixth, the Bucs added another with a Lyle RBI single scoring Cady.

Landon Smiddy (Knoxville, Tenn.) and Matthew Mercer (Chattanooga, Tenn.) were solid on the mound for the Bucs with a combined seven innings of work. Smiddy got shaken up at the beginning with 6 hits and four runs in the first but was solid the rest of the way and struck out three Broncs hitters. Mercer was dominant in relief as he tossed three perfect innings and struck out five.

Stat of the game
ETSU’s eight-run first inning marks the most runs scored in an inning by any Southern Conference team this season.

Notables
» Seven of the nine starters for Blue and Gold recorded a hit in the contest. In addition, eight of the nine recorded an RBI.
» Lyle and Hill recorded their fourth multi-hit games of the season, a team high.
» The Bucs move to 5-0 when recording a stolen base this season while they are 0-2 when they do not swipe a bag.
» In 29 pitches, Mercer delivered 22 strikes, throwing 76 percent of his pitches inside the zone.
» Rider’s first two pitchers combined for .2 innings of work, allowing seven runs, all earned, two walks and five hits on just 29 pitches.
» Cady’s triple in the first is the second triple of the season for the squad and his first of his Buccaneer career.
» The first inning lasted 48 minutes while the remaining eight innings went one hour and 54 minutes.

Up next
The Blue and Gold head back on the road on Tuesday, Feb. 25 to face the Clemson Tigers at 4 p.m.