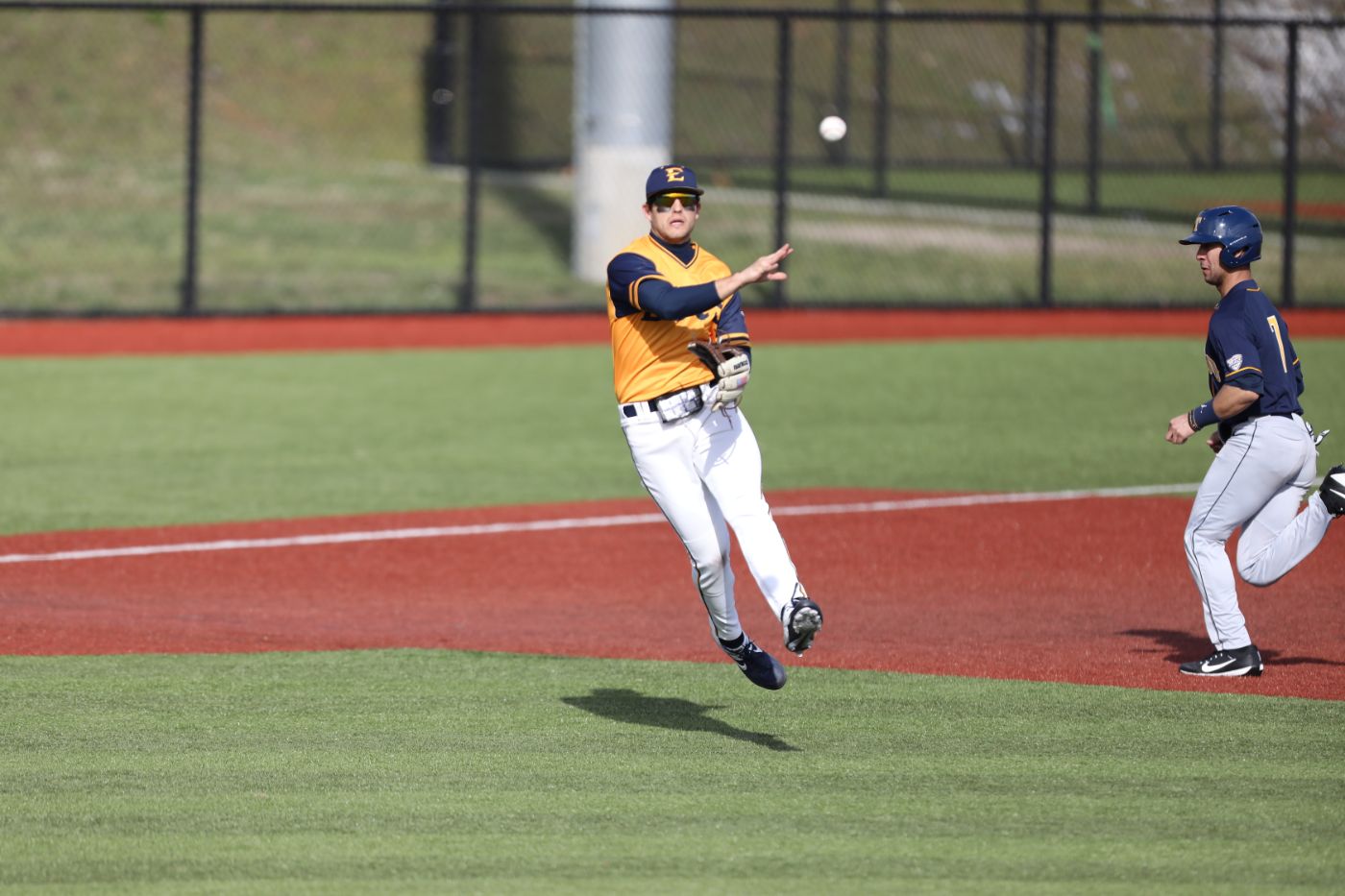 Bucs and Panthers to face Saturday and Sunday

JOHNSON CITY, Tenn. (Feb. 28, 2020) — After inclement weather pushed the series back, the ETSU Baseball team and the Georgia State Panthers will begin their three-game series on Saturday, Feb. 29 at Thomas Stadium. The series will conclude with a doubleheader on Sunday beginning at noon.

ABOUT ETSU
The Bucs enter the weekend with a 6-2 record after defeating the Clemson Tigers on the road on Tuesday afternoon. The Bucs are hitting .301 as a team through the first eight games of the season with senior infielder, Jake Lyle (Spring Hill, Tenn.), leading the way with a .483 average. He leads the team with five doubles and eight stolen bases. His eight steals are tied for the best in the nation.

Landon Knack (Johnson City, Tenn.) has been lights out for the Bucs in his two starts this season. Hosting a 0.00 ERA and already holding two SoCon weekly accolades, Knack has 12 innings under his belt and has recorded 23 strikeouts which is fifth best in Division I. Knack has allowed just three hits and one walk in the span, holding opposing hitters to a .075 batting average.

As a staff, ETSU pitchers have a 3.04 ERA and are limiting opponents to a .245 batting average and have struck out 89 hitters. For the third straight weekend, Head Coach Joe Pennucci is changing up the starting rotation on the bump. Knack will pitch game one as Colby Stuart (Elon, N.C.) and Zach Kirby (Upland, Calif) round out the three pitchers for the Bucs.

RECAP OF CLEMSON
Coach Pennucci earned his first victory over an ACC opponent in the win as the Bucs took down the Clemson Tigers in Clemson, S.C. ETSU recorded a 5-3 victory over the Tigers which marked the most runs Clemson had given up all season. The Bucs were led by Tucker Rogers (Raleigh, N.C.) who tossed five innings and allowed two runs and six hits with three strikeouts and no walks. Offensively, Lyle, Ben Jackson (Guyton, Ga.), David Beam (Knoxville, Tenn.) and Markell Graham (Atlanta, Ga.) all recorded RBIs. With the win, the Bucs have extended their streak of beating a Power-5 team to 13 consecutive seasons.

Georgia State was picked to finish last among the 12 Sun Belt baseball teams and sixth within the east division with 15 points. The Panthers are ninth in Division I with 55 walks this season, led by Griffen Cheney who is second individually with 13 free passes.

SERIES HISTORY
The series between the Bucs and the Panthers dates back to 1981 but the two squads have met in just one series since which took place last season. The Bucs won two of three in 2019 with GSU's lone win coming in walk off fashion in a 13-inning contest. The Bucs lead the all time series 4-1.