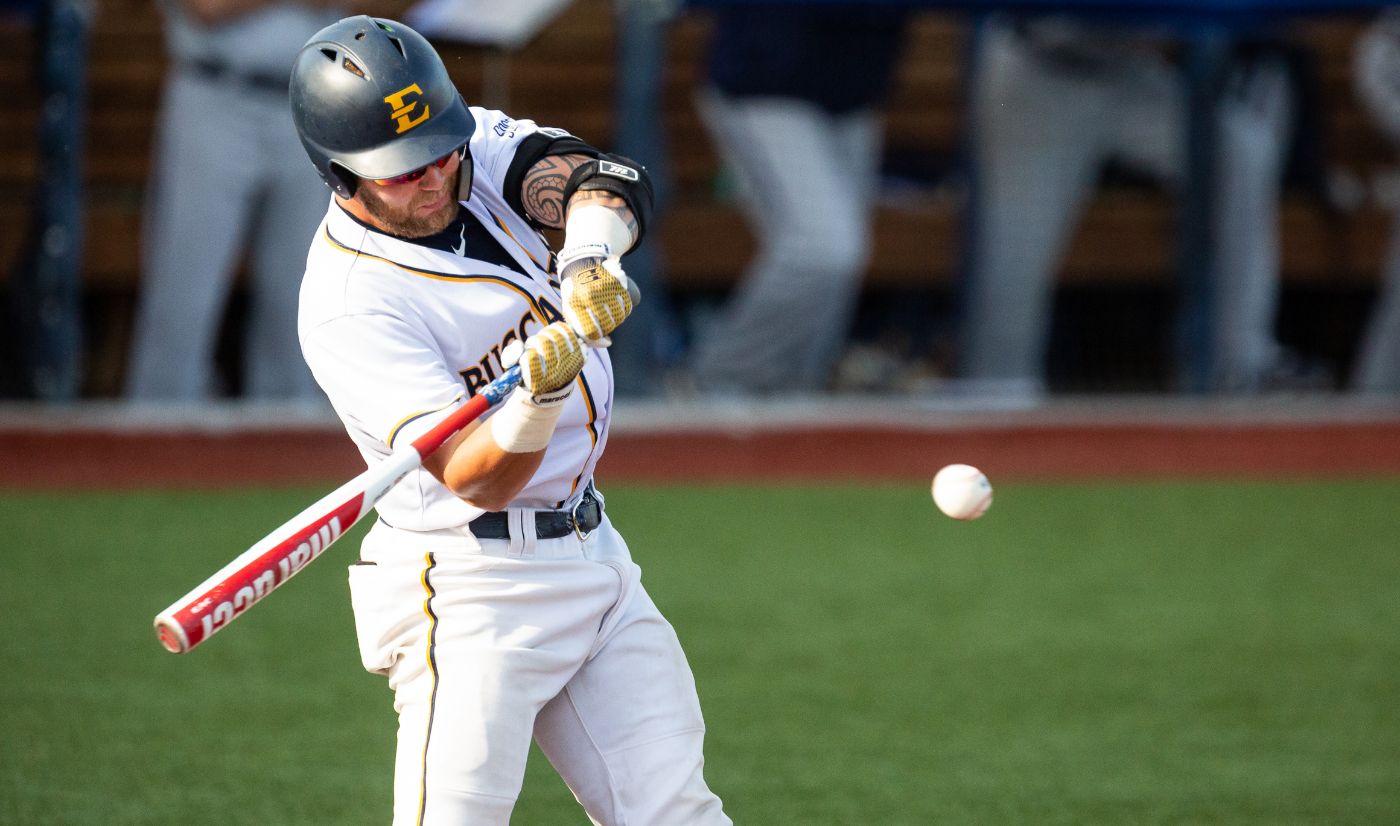 Tournament Moved to Saturday and Sunday

JOHNSON CITY, Tenn. (March 5, 2020) — The ETSU Baseball team will be back at Thomas Stadium as they are set to host the ETSU Baseball Tournament presented by Courtyard by Marriott Johnson City. The tournament will feature three games on Saturday and Sunday.

ABOUT ETSU
ETSU enters this weekend 9-2 on the season. The Blue and Gold are 8-1 at home and are hitting .310 at the dish at Thomas. As a team, they are fifth in the nation with a .555 slugging percentage. The Bucs’ pitching staff has been wildly successful early in the season, striking out a total of 124 hitters, averaging 11.3 K/9 innings.

ETSU is riding a five-game win streak after sweeping Georgia State last weekend at home and upsetting Clemson on the road last Tuesday. The Bucs are led on the mound by senior Landon Knack (Johnson City, Tenn.) who has been lights out in his three starts this season. Knack has 35 strikeouts this season in 19 innings of work and holds a 3-0 record. His 35-1 strikeout to walk ratio is the best in the nation.

Offensively, Jake Lyle (Spring Hill, Tenn.) has been leading the Bucs as he hosts a .463 batting average. Lyle is among the nation’s best with 10 stolen bases, 19 hits, six doubles and a .780 slugging percentage.

Last weekend in game one of a Sunday doubleheader against Georgia State, the Bucs set a new single-game record with seven home runs in the contest. Their 16 home runs this season are good for 11th in Division I.

ABOUT WAGNER
Wagner is 4-6 this season and the Seahawks are 3-4 on the road. At the plate, Wagner is hitting .204 as a team and have 14 extra-base hits. Griffin Schneider and Henry Martinez both lead the Seahawks with a .310 average. Schneider has four extra-base knocks with three home runs and a double. On the mound, Wagner holds a 6.72 team ERA and opposing hitters and batting .283 against them. Ryan Lauk of their staff holds a 6.60 ERA but is the lone starter to have recorded any wins this season as he holds a 2-0 record in three starts. Three of Wagner’s four wins this season have come in a one-run contest.

ABOUT MARIST
The Red Foxes are 2-7 entering the tournament and are on a five-game losing skid. Marist is hitting .215 at the plate and just one player is hitting above .313 on their team. On the mound, the team has a 3.46 ERA and has given up 31 earned runs and 11 unearned runs. They are giving up nearly one walk for every two strikeouts with 81 strikeouts and 42 walks this season. Their starting pitchers have combined for an 0-2 record and have seven no decisions. Relief pitcher Zane Kmietek is 2-0 and has recorded a decision in both of the teams’ wins.

ABOUT OHIO
The Ohio Bobcats are riding a seven-game losing streak and are 3-8 this season. They are 3-5 on the road and 0-3 in neutral site contests. The team is hitting .194 and has scored 34 runs over the course of 11 games. On the mound their pitchers hold a 5.52 ERA while their opponents have an ERA of 2.71. Throughout their seven game losing skid, the Bobcats have been outscored by a combined total of 47-14 including having faced two shutouts.

SERIES HISTORY
The Bucs hold a combined record of 8-4 over the three teams and a 3-0 record under Head Coach Joe Pennucci. The only team he faced of the three is Wagner who the Bucs swept last season.