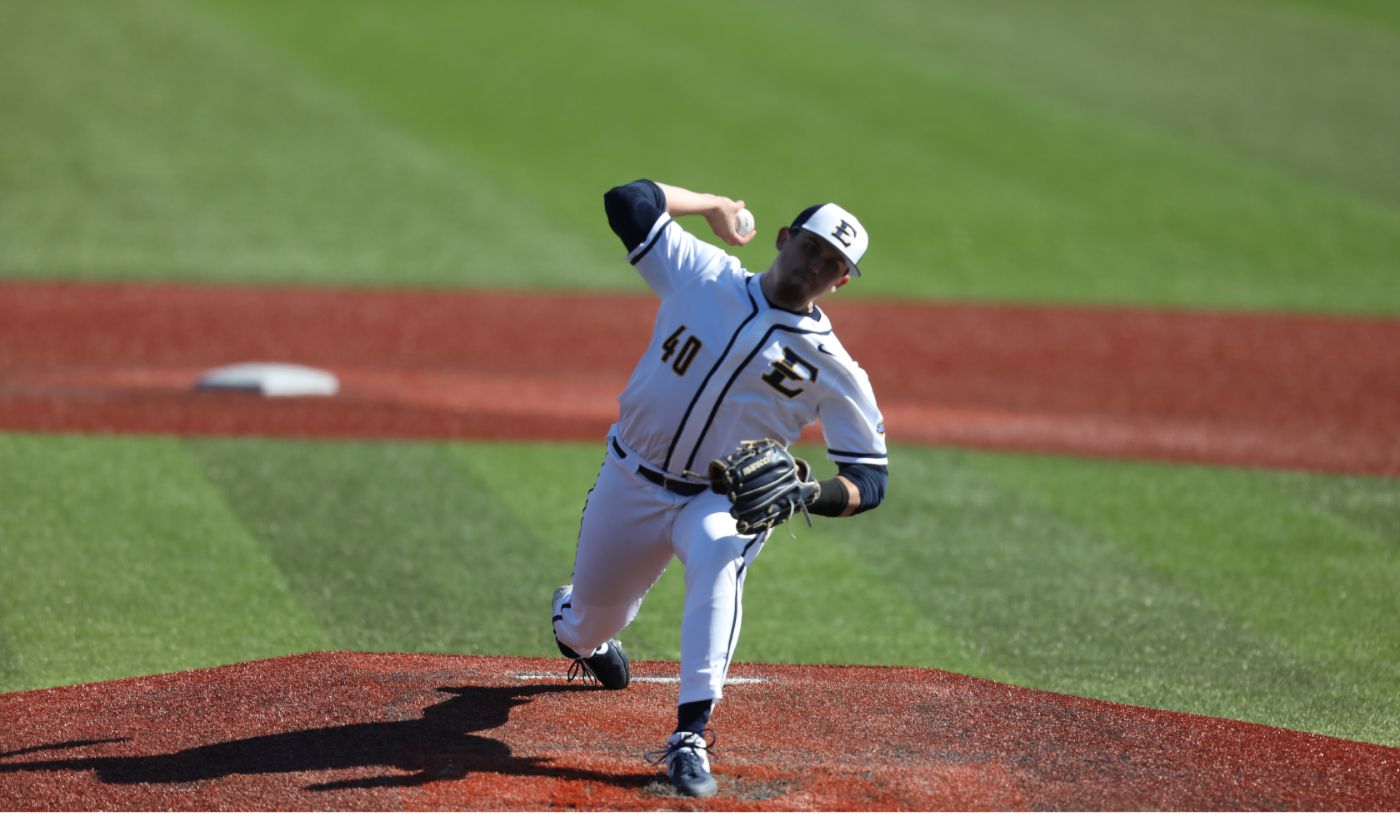 JOHNSON CITY, Tenn. (March 7, 2020) — Landon Knack (Johnson City, Tenn.) entered the weekend leading the nation in strikeout to walk ratio and he continued his dominance in ETSU’s 13-1 win over Wagner on Saturday afternoon. Knack set a program single-game record with 16 strikeouts in the contest.

The Bucs continued their offensive production in the fifth as they plated three runs capped off by an Ashton King (Knoxville, Tenn) two-run triple. In the sixth, ETSU added to their total with a solo home run off the bat of Jake Lyle (Spring Hill, Tenn.).

The seventh frame is when the Bucs blew the game wide open. The Blue and Gold put up a six spot in the seventh with a 2-out bases-loaded pinch-hit single from JL Bland (Memphis). Beam continued his offensive success as he delivered a grand slam for his first home run of 2020 to put the Bucs up 13-0.

Wagner put up their only run of the afternoon with a solo shot to right in the eighth.

Stat of the game
Knack’s 16 strikeouts are the most in program history and is the second most by an individual in a Division I single-game this season entering the weekend.

Notables
» Ben Jackson (Guyton, Ga.), Noah Hill (Ringgold, Ga.) and Lyle all extended their on-base streak to 12 consecutive games and have all reached base in every game this season.
» Bland’s 2-RBI single was hit third hit as a Buc. He is now hitting .750 this season.
» ETSU has now won six straight games.  Over the span, they have outscored opponents 60-22.
» Eight of the nine Bucs in the starting lineup recorded a hit. Eight of the nine starters for the Seahawks struck out at least once.
» Beam is the first Buc to have six RBIs in a single game this season. He was also the last Buc to do it as he recorded six at VMI on April 6, 2019.
» Coming into the season, Knack’s career high was 11. Last season, Knack had double-digit strikeouts just once, a mark he has now met in all three starts this season.
» ETSU improves to 9-1 at Thomas this season. The Bucs are also 10-0 when ETSU has more steals than their opponent.
» King has six hits this season (.286) and five of those are of the extra-base variety. He has two home runs, two triples, a double and a single.
» The 10 walks by ETSU’s offense is a season best for the Blue and Gold. This is the sixth game for the Bucs with double-digit hits.

Up next
The Blue and Gold are back at Thomas Stadium to continue the ETSU Baseball Tournament tomorrow at noon. Following the noon contest with Marist, they will face Ohio to close out the weekend.