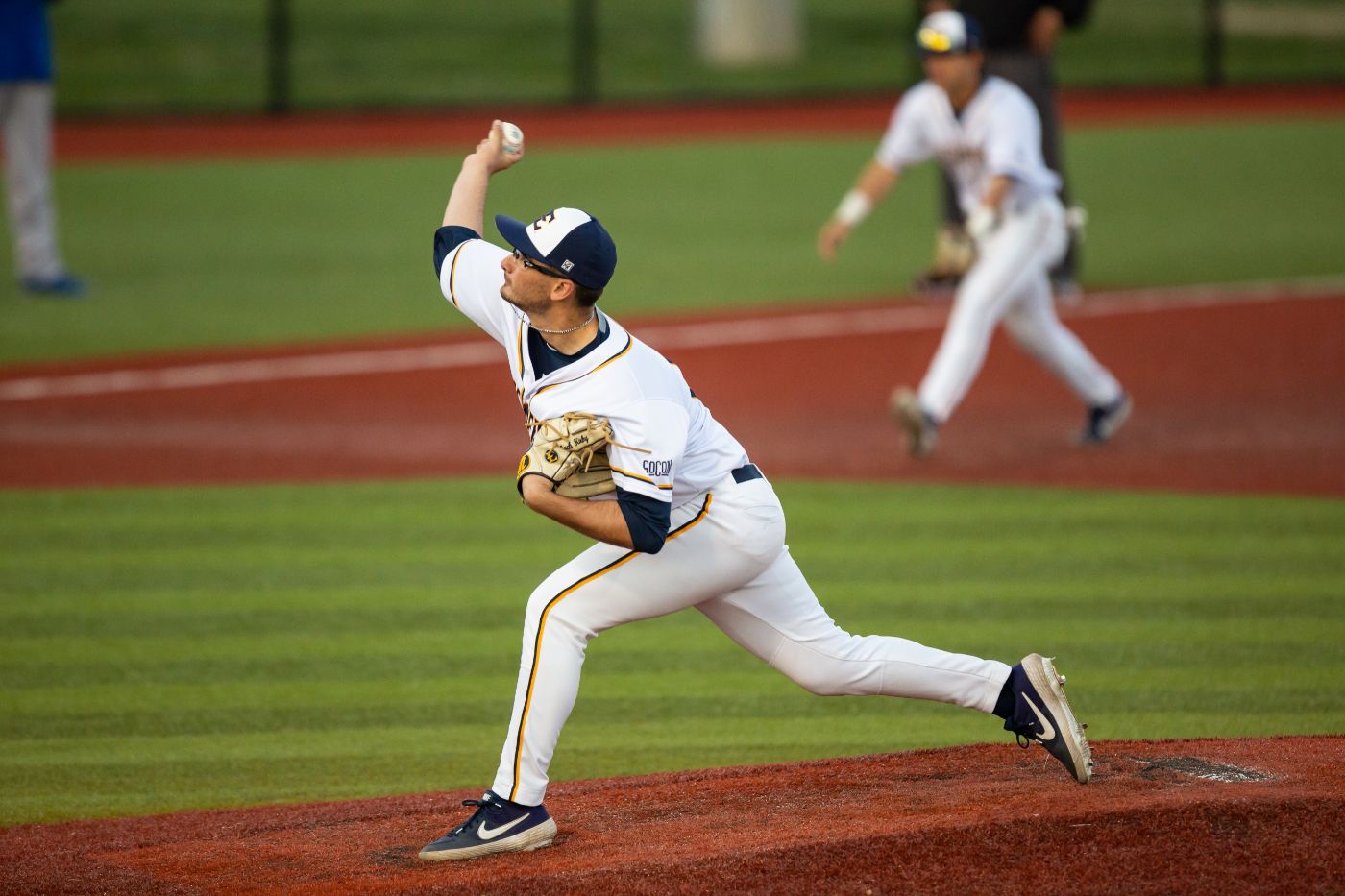 JOHNSON CITY, Tenn. (March 8, 2020) — The ETSU Baseball team continued their success on Sunday with a 2-1 victory over Marist and a 6-4 win over Ohio at Thomas Stadium to conclude the ETSU Baseball Tournament. The Bucs have now won eight in a row dating back to Feb. 23.

GAME 1: ETSU 2, Marist 1
Marist got on the board in the fourth with an RBI single who plated a leadoff double. Other than the run, Zach Kirby (Upland, Calif.) was successful on the rubber. He allowed just the one run on four hits and struck out two batters. He left after six in line for the win thanks to Cade Gilbert (Ringgold, Ga.).

With Jackson Greer (Knoxville, Ga.) on second and two outs in the sixth, Gilbert drilled a line drive to center field passed the diving Red Foxes defender as the ball rolled to the wall. Gilbert was on his horses and came all the way around for ETSU’s first inside-the-park home run of the season. It was also Gilbert’s first HR of the season.

The score stayed the same over the last three innings as Coach Pennucci brought Landon Smiddy (Knoxville, Tenn.) in from the bullpen to record a nine-out save.

Stat of the game
The two runs for the Bucs are the fewest number of runs scored by the Bucs this season. It’s the least amount of runs in a win for ETSU since May 17, 2019 when they defeated Samford 2-1.

Notables
» Noah Hill (Ringgold, Ga.) extended his team leading reached-base streak to 13 games.
» ETSU’s four hits came at the hands of Hill, Gilbert and JL Bland (Memphis, Tenn.). It was Hill’s sixth multi-hit game of the season.
» This is the second one-run outing for Kirby this season. His first came on opening weekend against Toledo.
» Marist’s starting pitcher allowed two runs with four hits and one walk through 6.2 innings on the rubber. He delivered 114 pitchers, the most by a pitcher in an ETSU baseball game this season.

GAME 2: ETSU 6, Ohio 4
ETSU plated the first run of the game in the first inning with a David Beam (Knoxville, Tenn.) RBI single through the left side. The second run for the Blue and Gold came two innings later as Greer plated Hill with a single down the left field line.

The Bucs’ success continued in the fourth as they had three cross the plate. After reaching on a Bobcats error, Ashton King (Knoxville, Tenn.) scored on Markell Graham (Atlanta, Ga.)  single. After grabbing another run on a wild pitch, ETSU capped off the three-run fourth as Jake Lyle (Spring Hill, Tenn.) drove in Graham.

The Bucs got their last run of the afternoon on a Graham RBI single as Gilbert came around to score his second run of the doubleheader.

The Bobcats got four runs in the final two innings including two unearned runs in the ninth. Nathanial Tate (Manchester, Tenn.) came on to close the door with one out in the final frame and struck out two to get the save.

Notables
» ETSU improved to 4-0 in doubleheaders this season and the Bucs are 6-0 in Sunday contests.
» Hill hit his team-high third triple of the season. In the doubleheader, Hill logged two extra-base hits. He has reached base in all 14 games for the Bucs in 2020.
» Starting pitchers for the Bucs combined for 22 strikeouts through 17 innings on the mound and allowed just one run. ETSU starters went 3-0.
» With Hill’s stolen base in the eighth, the Bucs improve to 10-0 this season when having more stolen bases than their opponent.
» In its last eight games, ETSU has outscored opponents 68-27.

Up next
The Blue and Gold are back on the road this Tuesday, Feb. 10 as they travel to Knoxville to take on the Volunteers of Tennessee. First pitch is scheduled for 6 p.m.