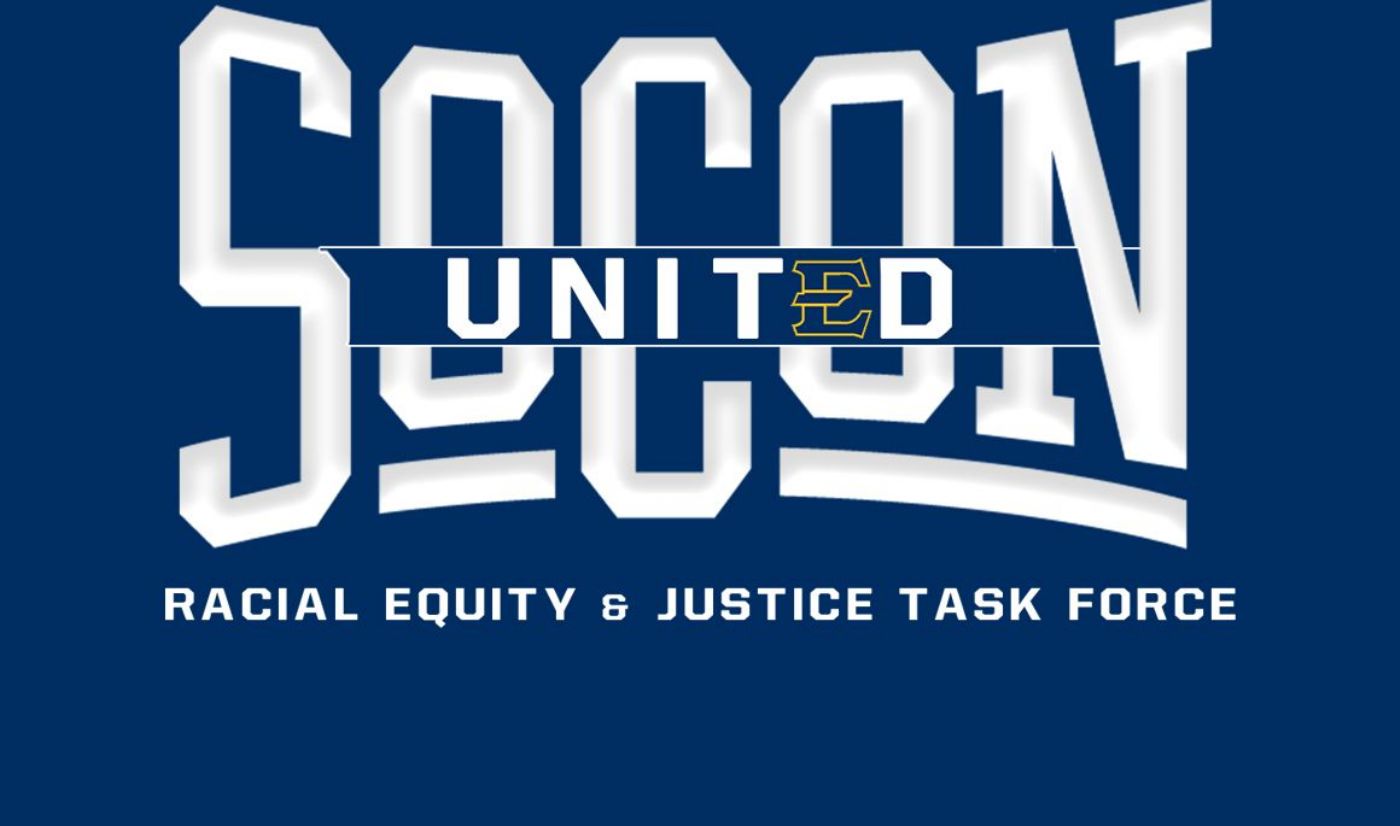 SPARTANBURG, S.C. – The Southern Conference Racial Equity and Justice Task Force has kept busy since its October inception. The panel, whose purpose is to counsel the league by identifying concepts and developing actionable items that can be used by all conference member schools regarding improving racial equity and social justice, has been meeting regularly since its creation, adding members, forming subcommittees and planning future initiatives.

“The Southern Conference is committed to racial equity and social justice,” Commissioner Jim Schaus said. “Our task force is doing an outstanding job of developing meaningful concepts and programming to communicate and educate the importance of racial equity for the SoCon.”

New to the task force are ETSU Director of External Operations and Equity & Inclusion Calvin Claggett, SoCon Championships Assistant Nicholas Hunt and SoCon Media Relations Assistant Jasmine Washington. The 18-member panel is composed of a racially diverse blend of student-athletes, coaches, campus administrators and athletics department staff members, with at least one representative from each of the league’s 10 full member schools.

Samford Director of Diversity and Intercultural Initiatives for Athletics JeNorri Armstead serves as chair of the task force.

The task force is launching several social media initiatives. The “Talk About it Tuesday” campaign debuted on Jan. 12. Throughout that series, a key glossary term will be highlighted on social media each week and sent to each member school along with questions aimed at prompting conversation. During the last week of January, the league will host the SoCon Unity Celebration, a social media campaign that will feature a theme for each day of the week that will celebrate diversity, equity and inclusion. A SoCon Unity PSA will be released that Monday, Jan. 25.

The Education Subcommittee will debut a panel series on Wednesday, Jan. 27. Samford’s Dr. Denise Gregory, faculty athletic representative and Assistant Provost for Diversity & Intercultural Initiatives, will moderate “Power of Your Platform,” a discussion among four current and former SoCon student-athletes about how they are using their voices to make a difference on their campuses and in their communities. The task force plans to host one panel series per quarter.

The task force has also created the SoCon Alfred White Trailblazer Recognition. In addition to being the league’s first and only Black commissioner, White was the first Black commissioner of a conference not composed primarily or exclusively of historically Black colleges and universities. An initial list of trailblazers and a “They Did, So I Can” video will be released on Friday, Jan. 29.

Among future initiatives, the task force plans to develop conference-wide diversity training options, craft a SoCon Diversity Statement, and assemble a document that details best practices for recruitment and retention of diverse staffs.

As a way of supporting its efforts, the task force will establish quarterly checkpoints to keep the conference accountable and foster conversation. It will also create specific questions regarding diversity and inclusion in year-end exit surveys for student-athletes.