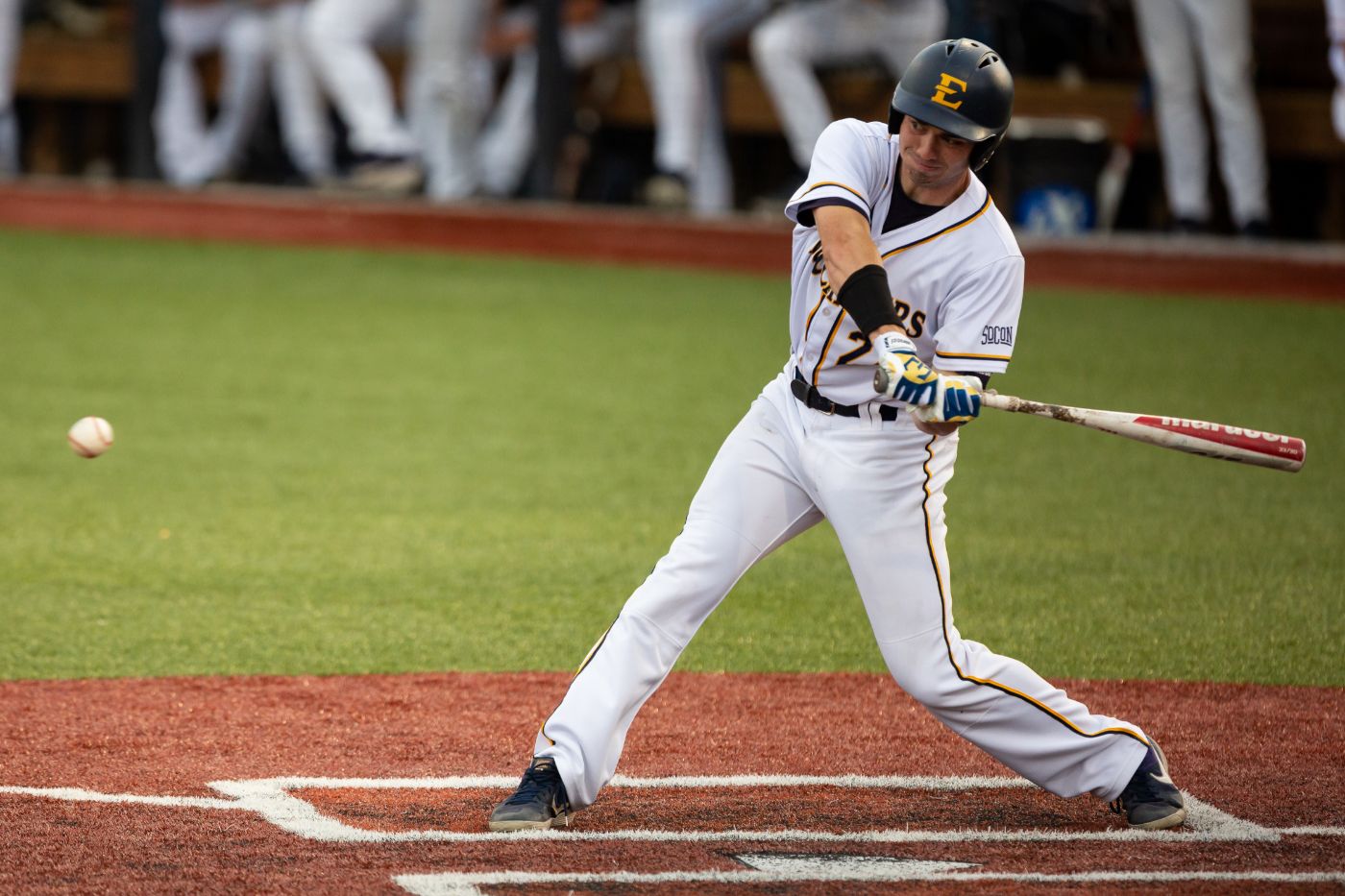 The Bucs struck first with an RBI-double off the bat of Ethan Cady (Soddy Daisy, Tenn.) in the top of the first. The Blue and Gold had two more runs cross the plate in the frame courtesy of Ashton King’s (Knoxville, Tenn.) 2-RBI double.

Northern Kentucky got on the board in the third with an RBI-single up the middle. The Bucs answered with three more in the bottom half with three hits including Cady’s second extra-base knock of the game, a 2-RBI triple to the right center gap.

The Norse added another in the fourth and the fifth to cut ETSU’s lead to three, 6-3. After neither team had any run production in the sixth nor seventh, the Bucs’ bats lit up for two home runs in the eighth.

King led off the inning with a solo shot down the left field line and then with two on and one out, Jake Lyle (Spring Hill, Tenn.) continued the damage. Lyle sent one well over the fence in left center to put the Bucs up 10-3.

Hunter Loyd (Knoxville, Tenn.) made his first Opening Day start of his career for the Bucs and tossed 5.1 innings and recorded nine strikeouts, a career high. Loyd allowed four hits, three runs (two earned) and a walk to get his first career win. Junior right handers, Joseph Acosta (Vineland, N.J.) and Seth Chavez (Thatcher, Ariz.) tossed the final 3.2 innings out of the pen. The two relievers combined to allow just one hit and no runs, striking out six.

Northern Kentucky’s Ben Gerl allowed six runs, all earned in his first career start. The Bucs logged five hits and two walks in Gerl’s five innings of work. The Freshman lefty struck out 12 of the 24 batters he faced.

Stat of the game
ETSU has now won all four season openers under Pennucci. Overall, the Bucs have won five straight, the longest streak in program history.

» More than 50% of the outs in the contest were strikeouts (30-of-54).
» Acosta’s perfect 1.2 innings in relief is the second time in his 13 career appearances that he has not allowed a base runner.
» Loyd’s 5.1 innings of work are a career high for the sophomore. Additionally he set a career high with nine strikeouts. His 9-1 strikeout-to-walk ratio is the best in any appearance in his career.
» Cady recorded his fifth career 3-RBI game and fifth career triple.
» Lyle’s home run is the sixth of his three-year Buccaneer career and his three RBI tie a career high set last year against Georgia State (March 3, 2020).
» None of the Norse’s batters recorded a multi-hit game, while three of ETSU’s six players with a hit recorded two.
» The 10 runs scored by the Bucs are the most in an opener in the Pennucci era and the seven-run margin of victory is also a new record for the fourth-year head coach.
» ETSU’s two home runs are the first time since 2017 against Central Michigan the Bucs have recorded a multi-home run game in the season opener.

Up next
The Bucs and the Norse conclude their two-day series with a doubleheader tomorrow, Feb. 21 beginning at noon.