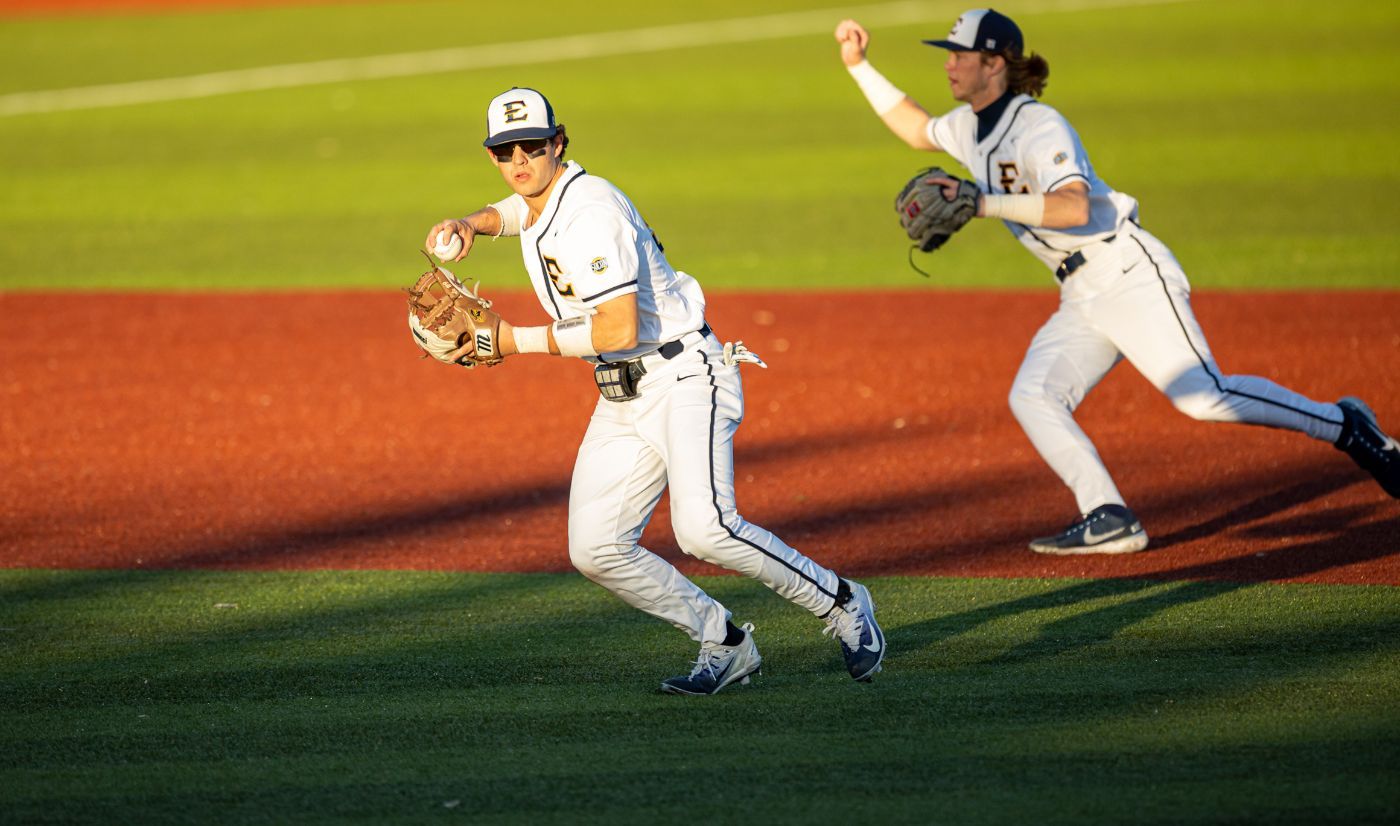 JOHNSON CITY, Tenn. (Feb. 23, 2021) — The ETSU Baseball team hit a season-high three home runs on Tuesday afternoon against Appalachian State, but the four runs were not enough as the Mountaineers earned a come-from-behind 5-4 win at Thomas Stadium

App State started the contest with a leadoff home run on the second pitch of the game to take an early 1-0 lead. In this first career start, Nathanial Tate (Manchester, Tenn.) set down the next nine Mountaineers with five strikeouts. Tate finished with a no decision allowing just two hits, one run and striking out seven of the 14 batters faced.

In the bottom of the fourth, the Bucs were still looking for their first hit of the ballgame as Kyle Richardson (Zionsville, Ind.) stepped up to the dish. The junior catcher hit a high pop fly to dead center field and the ball cleared the fence for his first home run of the season.

After App State threatened with two baserunners in the fifth, but relief pitcher Matthew Bollenbacher (Powder Springs, Tenn.) got out of the jam. ETSU carried the momentum into the bottom half. Leading off the inning, Drew Haynie (Brentwood, Tenn.) gave the Bucs their first lead of the game with a blast off the light pole in left center. After Reese Farmer (Wintersville, N.C.) reached first with a walk, Jake Lyle (Spring Hill, Tenn.) continued the strong half inning. Down 1-2 in the count, Lyle hammered one to deep left field off the video board to give ETSU a 4-1 lead.

App State added its second run of the game in the top of the seventh with an RBI double to the wall in left center.

Bollenbacher pitched three innings without giving up a run. The Powder Springs native, allowed three hits and struck out two.

With runners on the corners and one out, Matthew Mercer (Chattanooga, Tenn.) was called on in relief of sophomore righty, Landon Smiddy (Knoxville, Tenn.). App State’s Daulton Williams singled up the middle, but fresh into the game was Ben Jackson in center field who gunned down the runner on first to limit any damage.

With the bases loaded and two outs, App State was down to its final strike and Phillip Cole came through facing a 2-2 count with a 2-RBI single up the middle to give the Mountaineers a 5-4 lead. In the bottom half, JL Bland (Memphis, Tenn.) recorded a one-out single to try to spark a rally for the Blue and Gold. After Ben Jackson (Guyton, Ga.) drew a walk, the Bucs had a chance to force extras with the tying run on second. App State got ETSU to hit two outs to the left side of the infield to eliminate the threat and win the game.

Stat of the game

Notables
» Three of ETSU’s five hits were home runs.
» With their second home runs of the season, Haynie and King matched their total from last season.
» Four innings of work is the long of Tate’s career. He has allowed two hits or fewer in his last five outings.
» King extended his season-opening hit streak to four games. King, Richardson, Cady, Lyle, and Beam have reached base in all four games to start the season.
» The Mountaineers move to 79-58 all-time against the Bucs. The Bucs have played more games against App State than any other team in program history.
» Entering the game, ETSU was outscoring opponents 8-0 in the final four innings.
» Last season, ETSU was 10-0 when leading after the fifth inning.

Up next
The Bucs host UNC Asheville at Thomas Stadium for a weekend series beginning on Friday, Feb. 27. First pitch is slated for 3 p.m.