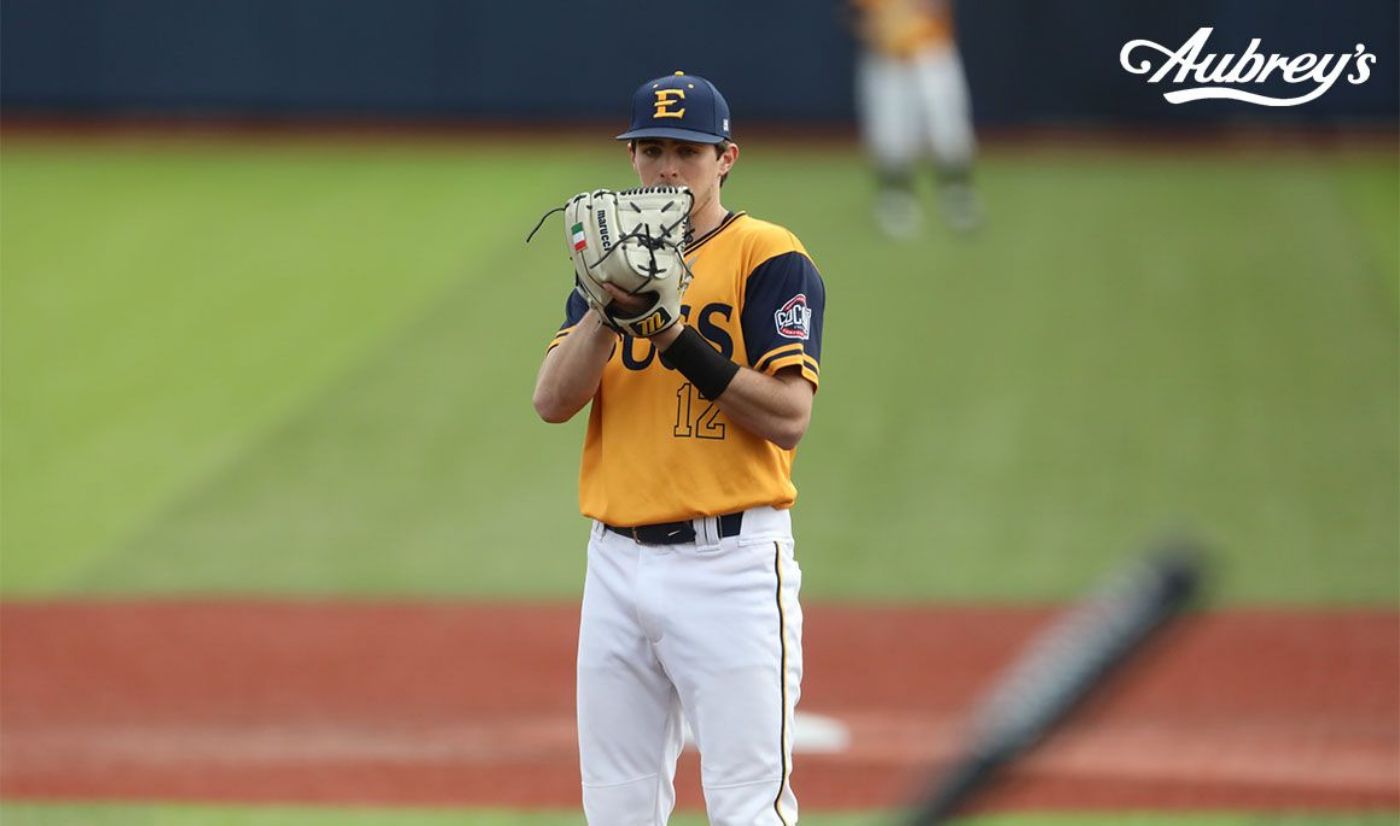 With rain in the forecast, time of the first pitch of Friday’s contest is subject to change. For updates follow @ETSUBaseball on Twitter and ETSUBucs.com.

ABOUT ETSU
ETSU is 2-2 entering the weekend. The Bucs won their first two contests of the season against Northern Kentucky. The Blue and Gold lost their last two games by one run. The Bucs are hitting .214 at the plate in the four games and ETSU’s pitchers have a 3.25 ERA. Senior Drew Haynie (Brentwood, Tenn.) leads the team with a .444 batting average and is tied with a team-high four home runs.

ETSU’S LAST TIME OUT
The Bucs are on a two-game losing skid after a ninth-inning comeback win from App State on Tuesday. The Bucs were up 4-3 heading into the ninth, but with the bases loaded and a 2-2 count, App State took the lead with a 2-RBI single up the middle. All four of ETSU’s runs came via the long ball with King, Lyle and Haynie all going yard.

KING’S STRONG SOPHOMORE START
Sophomore shortstop, Ashton King (Knoxville, Tenn.) was one of two Buccaneers to record a hit in all three games against the Norse; he went 1-for-4 against App State with a home run. He’s riding a five-game hit and six-game on-base streak dating back to last season, a team high.

HAYNIE’S SECOND CHANCE
After the NCAA granted spring athletes an extra year of eligibility due to the shortened season of 2020, Drew Haynie has taken advantage in his fifth year of college baseball. Haynie leads eligible players with a .444 batting average and has two home runs early in the season. In the 15 games in 2020, Haynie had two homers. Haynie has a base hit in all three games he’s started this season.

LOYD’S TURNAROUND
In his freshman year campaign, Hunter Loyd (Knoxville, Tenn.) had a slow start on the mound as the Knoxville native had a team-high 14.54 ERA in 4.1 innings of work. In 2020 he struck out five batters, walked seven and his opponents hit .333 at the plate. His start in the season opener was the complete opposite. Loyd set a career-high with nine strikeouts on Saturday afternoon against NKU enroute to his first career victory. In 5.1 innings of work, the sophomore allowed two earned runs, four hits and walked one.

GAME ONE MATCHUP
Loyd and UNCA’s starter, Jacob Edwards both enter the game with a 1-0 record. Loyd holds a 3.38 ERA after 5.1 innings in ETSU’s season opener. Edwards started the Bulldogs’ opener on Tuesday and pitched just one inning and allowed one run, two hits and a walk.

ABOUT UNC ASHEVILLE
UNC Asheville is 1-0 entering the weekend. The Bulldogs started their season at Western Carolina on Tuesday and defeated the Catamounts 10-4. UNCA out-hit WCU 14-6 and the Bulldogs’ bullpen held the Catamounts scoreless in the final six innings of action. Of the Bulldogs’ 14 hits, 12 were singles with just one double and one triple. It was the first Opening Day win for UNCA since 2014.

SERIES HISTORY
This is the 61st meeting between the Bucs and the Bulldogs. ETSU holds a 34-26 record in the series and have won the last three.