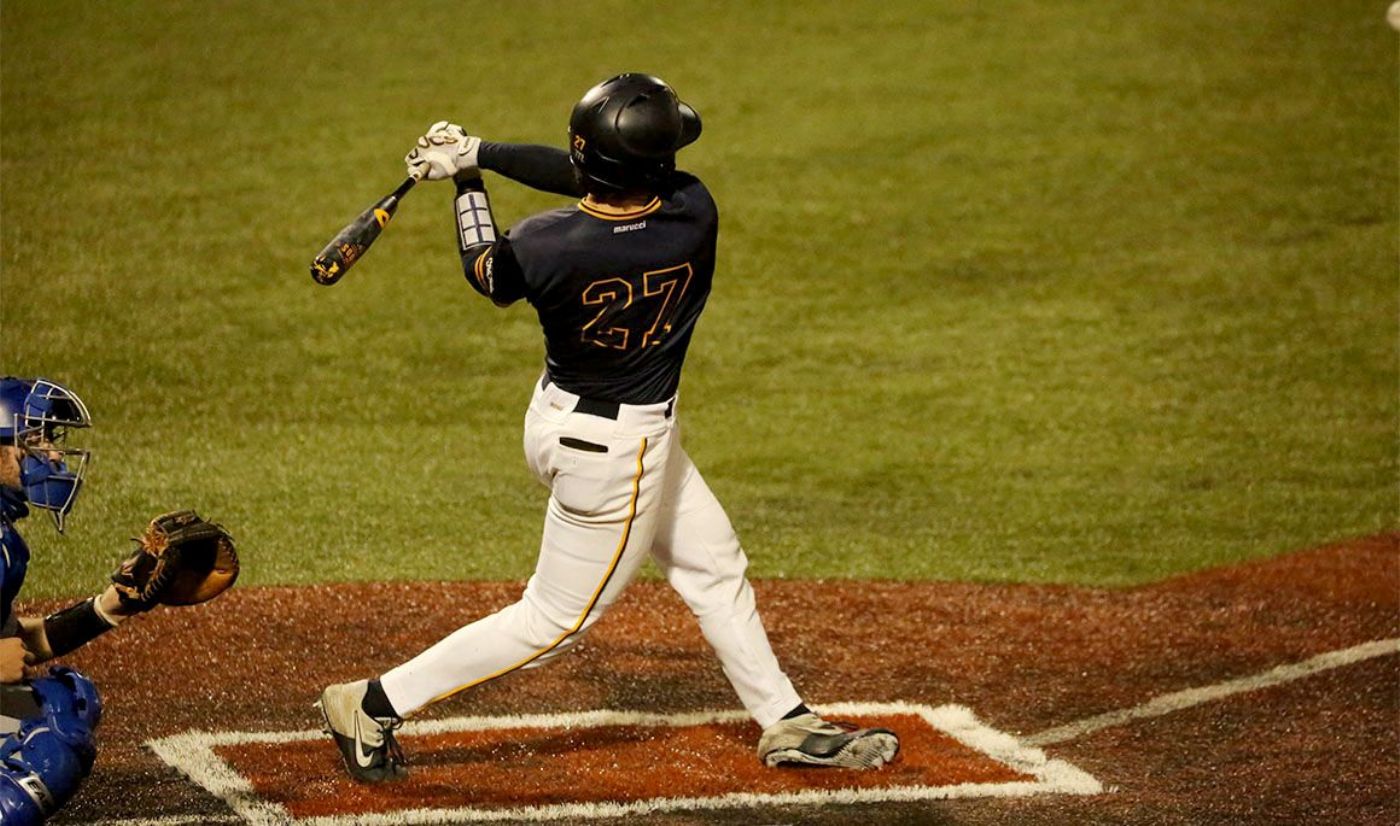 Bullpen Allows One Run in 12.1 Innings in Saturday DH

JOHNSON CITY, Tenn. (Feb. 27, 2021) — The ETSU Baseball team brought out the brooms in the second series of the season. With five home runs in the series and three in Saturday’s doubleheader, the Bucs swept the UNC Asheville Bulldogs in this weekend’s three-game series.

On Saturday afternoon inside Thomas Stadium, the Bucs battled the rain and Bulldogs pitching to sweep UNCA, winning 6-2 in game one and 6-3 in game two.

GAME ONE: ETSU 6, UNCA 3
As they did yesterday, both teams scored their first runs of the game off of errors. This time in the first inning, UNC Asheville scored after a throwing error by Drew Haynie (Brentwood, Tenn.). In the bottom half, after a single to right field by Ethan Cady (Soddy Daisy, Tenn.), UNCA’s shortstop was unable to handle the throw back into the infield. Going off the sound of the bat, David Beam (Knoxville, Tenn.) scored from first to tie the game at one.

In the third, Markell Graham (Atlanta, Ga.) tallied his first hit of the season and scored on Cady’s double down the left field line. Cady later scored on Kyle Richardson’s (Zionsville, Ind.) sacrifice fly to center.

Cady continued his momentum at the dish in the fifth inning with a one-out double. Like the third inning, Richardson drove in Cady, this time with an RBI double. ETSU picked up its fifth and sixth runs in the eighth as Graham hit his first home run of the season into the parking lot in left.

Notables
» Cady’s three hits are a season high. Through the first six games of the season, he was 11-for-25 with seven extra-base hits.
» This is the first game this season that two Bucs recorded three hits. It was Beam’s first multi-hit game of the season.
» Graham’s home run was the first of his three-year career at ETSU. The game marked his sixth multi-hit game of his career and first this season.
» ETSU’s bullpen continued its success with five shutout innings. The Bucs’ relievers combined for eight strikeouts and four hits.
» ETSU’s pitchers combined for 11 strikeouts compared to UNCA’s six, while the Bucs drew three walks at the plate and the Bulldogs had four.

The Bucs got the run back in the second after JL Bland (Memphis, Tenn.) led off the inning with a single and after a walk, Beam drove him in to tie it up at one. ETSU took its first lead of the game off of a Richardson blast over the left field wall, scoring Cady.

UNCA cut its two-run deficit in half in the sixth with a one-out RBI double down the left field line. In the seventh, the Bucs added an insurance run with four walks to take a 4-2 lead into the eighth.

Landon Smiddy (Knoxville, Tenn.) came in relief in the sixth and got into two jams in consecutive innings, but used a strikeout in the sixth and a double play in the seventh to keep the Bulldogs off the board. ETSU added two more runs in the eighth off of Bryce Hodge’s (Knoxville, Tenn.) first home run as a Buccaneer to the railroad tracks in right.

Notables
» Cady, Richardson and Beam have all reached base in each of ETSU’s seven games this season. Jake Lyle’s (Spring Hill, Tenn.) season-opening six-game on-base streak ended in game two.
» Brady Jones (Woodstock, Ga.) recorded his first win in the game. He’s 1-0 this season and has shutout his opponents in both innings of relief.
» ETSU’s bullpen allowed its first run of the series in the sixth inning. The pen tallied 12.1 innings of work in the series and allowed just one run and struck out 12.
» Cady leads the team with a .346 batting average and five of his nine hits this season have come for extra bases.

Stat of the day
The Bucs moved to 4-0 this season when scoring six or more runs. Additionally, ETSU is 5-0 when their opponent scores three or less.

Up next
The Bucs are back in action on Tuesday as they travel to Clemson for their first road contest of the season.